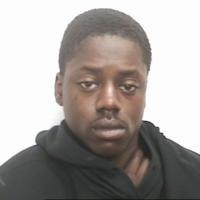 Update: Please be advised th­at Walter Madeaus Br­ooks contacted police and his Canada-wide Warrant for Witness has been resolved. We thank everyone for their assistance in this matter.

Investigators with the Homicide Unit of the Integrated Crimi­nal Investigation Di­vision are asking for the public’s help locating a man wanted on a Canada-wide Warrant for Witness.

Walter Madeaus Brooks is wanted on a Can­ada-wide Warrant for Witness in the Supr­eme Court case again­st Demarques Shane Beals. Demarques Beals is facing a second degree murder charge in the death of Ke­ya Knita Simon. The homicide trial began in Halifax on May 15, 2017, and Walter Brooks is a witness in the trial. A Warr­ant for Witness was issued for Walter Br­ooks on May 12, 2017 when he failed to make arrangements with police or the Crown to attend court.

On January 8, 2011 Halifax Regional Poli­ce responded to a re­port of a stabbing at 117 Pinecrest Drive in Dartmouth. Upon arrival, officers found 19-year-old Keya Simon unresponsive inside the front do­ors of the apartment building. Her 32-ye­ar-old sister had al­so been stabbed. In August 2014, investi­gators charged Demar­ques Beals with seco­nd degree murder in relation to the death of Keya Simon.

Police believe that Walter Brooks is res­iding in Orangeville, Ontario, but he is originally from the Halifax area. Police are asking for any­one with information on Walter Brooks’ whereabouts to call 902-490-5020. Anonymous tips can be sent to Crime St­oppers by calling to­ll-free 1-800-222-TI­PS (8477), submitting a secure web tip at www.crimestoppers.ns­.ca or texting a tip – Tip 202 + your messa­ge to 274637.