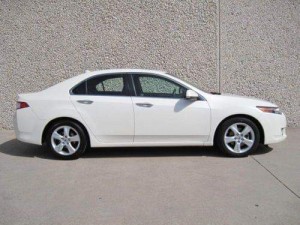 Investigators with the General Investigation Section of the Integrated Criminal Investigation Division are requesting the public’s assistance with the investigation into the theft of an RCMP service pistol from downtown Halifax that occurred last week. 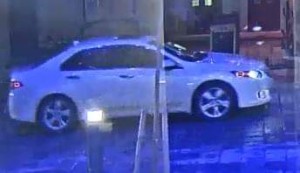 Police are releasing a photo of a suspect vehicle that was in the area at the time and are asking for the public’s assistance in identifying the vehicle’s owner and occupants. The vehicle is described as a 2009-2014, white Acura TSX.

Investigators are also requesting anyone that may have video surveillance or dash camera video in the area encompassed by Brunswick Street, Spring Garden Road, Lower Water Street and Cogswell Street on March 9, 7:30 p.m. and 9:30 p.m. to contact police.

On March 9 between 7:30 p.m and 9:30 pm, an off-duty RCMP officer’s firearm was stolen from their personal vehicle in the 5100 block of Granville Street in Halifax. Also taken were three magazines and ammunition.

The firearm is described as a silver 9mm Smith & Wesson model 5946 pistol with an RCMP logo showing “RCMP”, a silhouette of a horse and rider and “GRC” inscribed on the right side of the slide. The magazines are also silver.

Anyone with information about this incident is asked to contact police at 902-490-5020. Anonymous tips can be sent to Crime Stoppers by calling toll-free 1-800-222-TIPS (8477), submitting a secure web tip at www.crimestoppers.ns.ca or by using the P3 Tips App.