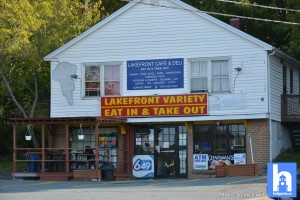 At 4:35 pm. on September 24th, 2018 staff at the Lakefront Variety convenience store, 6 Lakefront Road in Dartmouth, reported a female entered the store while holding a knife and robbed the cashier. Staff were uninjured and cash was stolen. The suspect fled the store on foot.

Officers identified a 37 year old female as the suspect. She was arrested at 5:05 pm at a nearby apartment on Lakefront Road without incident. Cash was recovered and a search warrant later executed at the apartment associated to the accused.