Beginning at 5:10 pm during the evening rush hour east members responded to several accidents on Highways 111 and 118 in Dartmouth. 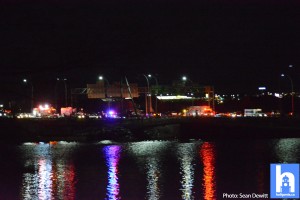 At 5:10 pm members responded to a two vehicle rear end collision westbound on Highway 118 at exit 12. There were no reported injuries and no motor vehicle act tickets were issued. 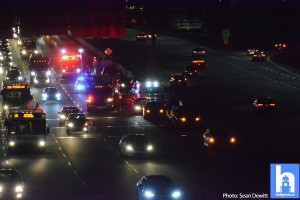 At 5:22 pm several vehicles rear-ended each other while travelling eastbound on Highway111 between exits 5 and 6.  Members discovered there were nine vehicles involved.  The incident appears to have been a chain reaction effect.  No injuries were reported and no tickets were issued. Traffic was reduced to one outbound lane until approximately 7:00 pm as several vehicles had to be towed from the scene. 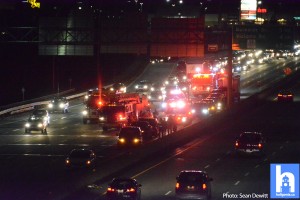 At 6:15 pm members responded to a two vehicle rear end collision on the Mackay Bridge Dartmouth bound. There were no reported injuries.  One vehicle left the scene and was located a short time later.  The driver was issued a motor vehicle act ticket for failing to remain at an accident scene.