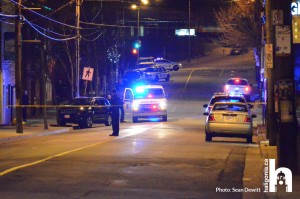 Investigators in the Homicide Unit of the Integrated Criminal Investigation Division are asking for the public’s assistance in connection with the ongoing investigation into the murder of Naricho Clayton.

At 10:58 p.m. on April 19, Halifax Regional Police responded to the 2000 block of Gottingen Street in relation to multiple calls of shots fired. Upon arrival, officers encountered two men in a vehicle. Emergency Health Services were immediately called to attend to their injuries. Naricho Clayton of Dartmouth was pronounced deceased at the scene. A 31-year-old-man originally from Halifax was transported to the hospital with life-threatening injuries. 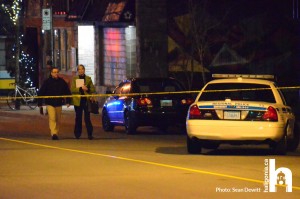 On June 8, investigators advised the public that the suspect fled in an older model dark-coloured Chrysler. Investigators believe this vehicle was parked on the west side of Creighton Street at the time of the shooting, between Falkland and Cogswell Streets. Police believe the suspect entered the vehicle and left the area, travelling west-bound on Cogswell Street.

Investigators believe there were several witnesses on Creighton Street who possibly saw the dark-coloured Chrysler. They particularly wish to speak to the person who was wearing a reflective vest walking on Creighton Street towards Falkland Street at the time of the shooting. This person, as well as any witnesses who were in the area at the time of the shooting, are asked to contact the police. 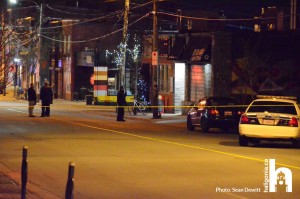 Police wish to thank the public for incoming information and request anyone with information to contact police at 902-490-5020. Anonymous tips can be sent to Crime Stoppers by calling toll-free 1-800-222-TIPS (8477), submitting a secure web tip atwww.crimestoppers.ns.ca or texting a tip – Tip 202 + your message to 274637