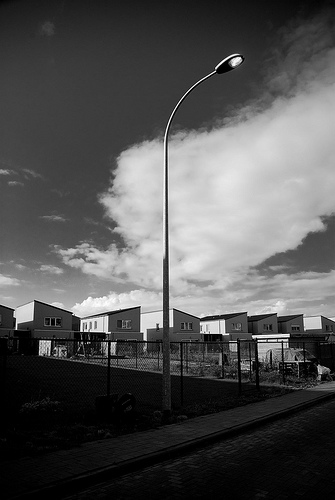 December 5, 2011, Halifax Regional Municipality (HRM) . . . HRM Partners in Policing are requesting the public's assistance in recent thefts of copper wire.
The theft of copper wire has become a major issue across Halifax Regional Municipality.  The problem is not confined to one area.  Both Halifax District RCMP and Halifax Regional Police have responded to several complaints over the past few months.  There have been over 100 incidents in HRM since the start of this year.  Provincially, the RCMP have responded to over 400 complaints since October of 2009.
Most recently, thieves stole wire from light standards near the Bedford Bypass on Magazine Hill.  The cost to repair the damage and replace the wire is estimated to be around $20,000.  Light poles in Dartmouth Crossing and near Halifax Stanfield International Airport have also been targeted by thieves.  As well, copper wire is being stolen from construction sites across HRM and Nova Scotia.
Police are asking the public to watch for suspicious behavior and report anything unusual to police.  A vehicle description, a licence plate number, time of day and location can do more than steer investigators in the right direction.  It’s the kind of information that can lead to the recovery of stolen property, and charges against those responsible.  In addition to the theft itself, police have concerns about the safety of individuals attempting to steal copper wire.  Often, the copper is part of an electrical system and stealing it puts the thieves at risk of being electrocuted.
Police are asking anyone with information about this or any other incident to come forward.  People are asked to contact any RCMP office, Halifax Regional Police, or Crime Stoppers anonymously anytime at 1-800-222-TIPS (8477) or by Secure Web Tips at www.crimestoppers.ns.ca.  Calls to Crime Stoppers are not taped or traced.  If police make an arrest and lay charges based on a tip, callers qualify for a cash award from $50 – $2000.
Source: Release