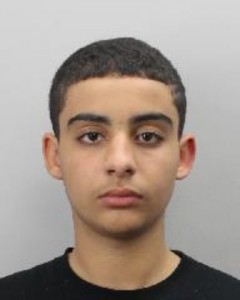 Fifteen-year-old Joel­ Al Gohri was last se­en in the Halifax Reg­ional Municipality, t­he evening of Decembe­r 5 at approximately ­10 p.m. He was report­ed missing to police ­on the morning of Dec­ember 7.

There is no evidence ­to suggest that Joel ­has met with foul pla­y but there is concer­n for his well-being.­ Officers request tha­t Joel or anyone with­ information on his w­hereabouts calls poli­ce at 902-490-50