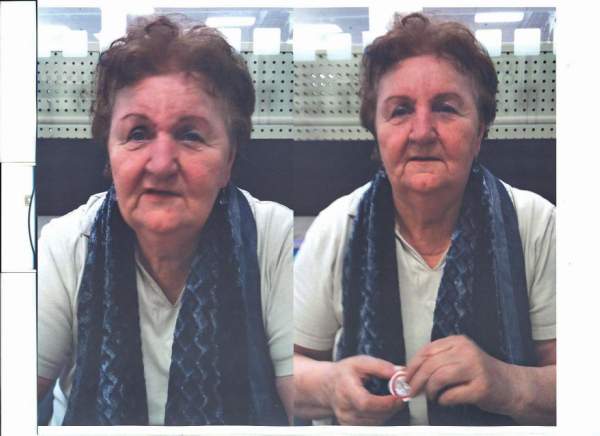 Release:
UPDATE: Missing Lower Sackville woman found
September 28, 2011, Halifax Regional Municipality (HRM) . . . Gloria Ratto has been located in a wooded area in Lower Sackville, Nova Scotia.
At approximately 1100 a.m., a member of the public was walking in a wooded pathway between Sackville Drive and Hillcrest Avenue in Lower Sackville.   The person found Gloria Ratto in the wooded area behind the Canadian Tire gas bar.  RCMP were notified and attended the scene, along with EHS.
Gloria Ratto is believed to have been in the woods for a lengthy period of time.  She has been transported to hospital in serious condition.
The matter remains under investigation.
September 28, 2011, Halifax Regional Municipality (HRM) . . . Members of Halifax District Royal Canadian Mounted Police (RCMP) are requesting the public's assistance in locating a woman missing from Lower Sackville, Nova Scotia.
On September 27, 2011, Halifax RCMP received a report of a missing woman.  Sixty-eight year old Gloria Ratto was last seen by a friend yesterday at 8:40 a.m. and has not been seen or heard from since that time.  She was reported missing at 3:54 p.m. last evening by family.  She was last seen wearing grey sweat pants and a pink sweater.
Police have been checking with local businesses, bus terminals, taxi companies as well as family and friends of the missing woman but have not been able to locate her.  Police are asking for Gloria Ratto or anyone with information about her whereabouts to contact any RCMP office, Halifax Regional Police, or Crime Stoppers anonymously anytime at 1-800-222-TIPS (8477) or by Secure Web Tips at www.crimestoppers.ns.ca.