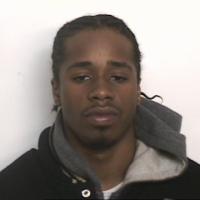 Investigators with the General Investigation Section of the Integrated Criminal Investigation Division are asking for the public’s help locating a man wanted in connection with an attempted murder.
At approximately 3:50 p.m. on October 21, officers responded to a reported disturbance in the area of Brunswick and Artz Streets. Upon arrival, officers located a 46-year-old male victim. However, the male suspect had fled. Officers were able to determine from witnesses in the area that the victim had been struck with a blunt object during the altercation and, sustained serious injuries as a result. The victim was transported to hospital by EHS with what are described as life-threatening injuries.
Earlier today, an arrest warrant was issued for 24-year-old Arnelle Wellington Ellison of Halifax in relation to this investigation. He has been charged with attempted murder, assault with a weapon, possession of a weapon for dangerous purpose and two counts of breaching of court orders. He is described as a black man, 6’2”, 185 lbs., with black hair and brown eyes.
Ellison is believed to still be in Halifax at this time. He is considered dangerous and members of the public should not approach him or try to take matters into their own hands and should call 9-1-1 if they see him. Anyone with information on the whereabouts of Arnelle Ellison is asked to contact Halifax Regional Police at 902-490-5020. Anonymous tips can be sent to Crime Stoppers by calling toll-free 1-800-222-TIPS (8477), submitting a secure web tip at www.crimestoppers.ns.ca or texting a tip – Tip 202 + your message to 274637.
Source: Release

Police Seeking Man Wanted in Relation to Attack That Left Another With Life-Threatening Injuries
https://haligonia.ca/police-seeking-man-wanted-in-relation-to-attack-that-left-another-with-life-threatening-injuries-112761/