Police are asking for the public’s assistance in identifying the man believed responsible for two robberies on the same day that occurred in Halifax. 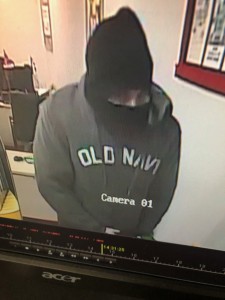 At approximately 4:40 p.m. on December 17 police were called to a robbery that had just occurred at Money Direct located at 6021 Young Street in Halifax.

The suspect came in to the store carrying a reusable shopping bag and attempted to access the employee only section of the business.  He exited the store when he was approached by store employee and left the area on foot.

Officers checked the area for the suspect but he was not located. 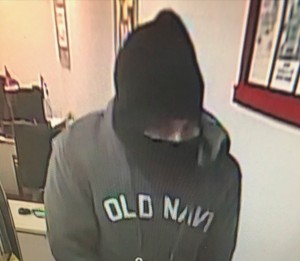 At approximately 5:30 p.m. police were called to a robbery that had just occurred at the Irving Gas Station located at 5450 Inglis Street in Halifax.

The suspect came into the store armed with a handgun and demanded money.  The store clerk provided an undisclosed amount of money to the suspect who then fled the area on foot.

Officers searched the area but were unable to locate the suspect.

Investigators believe it is the same suspect responsible for both of the incidents. He is described as a white man in his forties, husky build, approximately 220-280 lbs and 5’6-5’8 tall. He was wearing a gray sweater with “Old Navy” across the chest, dark jeans and a dark balaclava.

Anyone who has information on this incident or the identity of the man is asked to call police at 902-490-5020. Anonymous tips can be sent to Crime Stoppers by calling toll-free 1-800-222-TIPS (8477), submitting a secure web tip at www.crimestoppers.ns.ca or using the P3 Tips App.