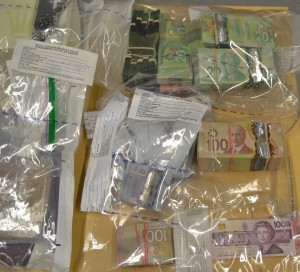 As a result, police seized 2.2 kilograms of cocaine, drug paraphernalia, 14.5 cases of contraband cigarettes and approximately $75,000.  Forty-nine year-old Khalid R. Mansour was arrested and charged with Trafficking in Cocaine, Possession of Cocaine for the Purpose of Trafficking and Possession of Proceeds of Crime.

The RCMP were assisted by Halifax Regional Police and Service Nova Scotia’s Audit and Enforcement Unitduring this investigation.  The investigation continues and charges under the Excise Act and Nova Scotia Revenue Act are pending.

At 8:30 p.m., investigators assigned to the HRP/RCMP Integrated Drug Unit with the assistance of members of the Quick Response Unit conducted a search at a residence in Riverside Corner in Hants County that resulted in the seizure of multiple marijuana plants, grow equipment and drug paraphernalia.

At 8:50 p.m., investigators searched a residence in the 0-100 block of Kraal Terrace in Halifax. Multiple marihuana plants, grow equipment and drug paraphernalia were also seized at this location. There were also six long guns that were not legally stored. Fifty-six-year-old James Gordon Smith was arrested at the scene without incident.

At 11:17 p.m., investigators searched a residence in the 0-100 block of Charles Meade Drive in Harrietsfield. A quantity of marijuana and cash was seized. Thirty-six-year-old Trevor Charles Miller, 38-year-old Shannon Irene Johnson and 40-year-old Natasha Miller were arrested at the scene without incident. 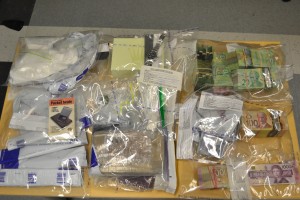