The average age of women giving birth in Canada has been trending upwards for several years.  Now a clinic in Toronto is freezing the eggs of healthy women who want to delay pregnancy.  What effect are these older parents having on their children and society?

I managed to listen in for most of the segment on Wednesday, and I was very interested.  A woman (Carolyn Lawrence) was planning to freeze her eggs.  She thought it was the perfect fit for her life.  At the moment, in her young thirties, she thought that at some point she probably, maybe, just might want to be a mother, but right now she wanted to focus on her career.

No, really.  I had no real problem with what this woman is saying.  I did feel bad for her a little.  She obviously has no idea how wonderful it is raising a child.  (But maybe I don’t know how great it is having a thriving career).  Still, something wasn’t sitting quite right with me.

The trend in Canada is that there are more women like Madame Oeuffs-Congeler and less like me.  “In 2004, the average age of a woman giving birth in Canada was 29.7 years.  That’s up slightly from 29.6 the year before.  And it’s part of a decades-long trend towards older parenthood.  In 2005, nearly half of the women who gave birth were over 30.  That’s nearly two-and-a-half times as many 30-plus new mothers as in 1974.” (source)  As a twenty-four year old first time Mom, I am a minority.

After the interview with Ms. Maybe-Someday-Might want to be a Mother-Ask me in ten years, The Current debated “the social implications of the increase in older mothers”.  They spoke with Francoise Baylis (Dalhousie University, Halifax) and Karen Kobayashi (University of Victoria, Victoria).  It was during this discussion that I realized what I was feeling during the Lawrence interview, but what I couldn’t quite vocalize.

I think that’s exactly the problem we need to focus on, that something is becoming a norm and it’s not natural, it’s not something that ought, perhaps, to be the norm.  I mean one of the things that I’m really concerned about is that we are describing this as somehow providing an advantage for women.  Well, an advantage vis-a-vis what?  Men don’t have to make this choice.  And I think the thing that’s really striking to me is that very often around this particular issue of reproduction, this option of freezing eggs – which even the people who offer this service will tell you it’s better to have your children young – so, one of the things that’s interesting is that we’re [saying] well, this allows women to have choice, to have control of their fertility, etc, but it is in the context where their choice is seriously constrained.  Women shouldn’t have to choose between prioritizing their career and their education and their childbearing.  Men don’t have to make this choice.

…I think what’s missing is a failure to address the underlying problem – the underlying problem is the world we live in that doesn’t provide appropriate daycare, that doesn’t really meaningfully support maternity leave, that doesn’t have strong laws against gender discrimination or age discrimination… And so we turn around and say to [women], Well look, here’s an option: keep working, get your career, don’t worry, we’ll freeze some eggs for you.  Well, what we really need to do is to step back and recognize that having another generation to follow is a benefit to all of society, and if we want those children, and we want them to grow up in nurturing, loving, caring environments, what are we doing to make that possible, other than saying to women, Well, you’re just going to have to choose.

After hearing Fracoise Baylis say this, I realized how very strongly I agreed with her.

Canada faces some serious challenges as our birth rate plummets.  The solution to these problems is not to throw women “options” to allow for births later in life.  That barely solves any problem, and it brings a whole slew of new issues.  Instead, Canada must start making mothers and children a priority, making it easier to continue education with a child, to work with a child or to stay home and raise a child.

I’m not the first, and I won’t be the last to say this, but raising a child is a job.  Even if I love waking up every morning to take care of my precious little boy, it is still an exhausting job – a job which I am on call 24 hours of the day, 7 days a week.  And raising healthy, well adjusted children is vital for a thriving society.  It is about time someone started realizing this. 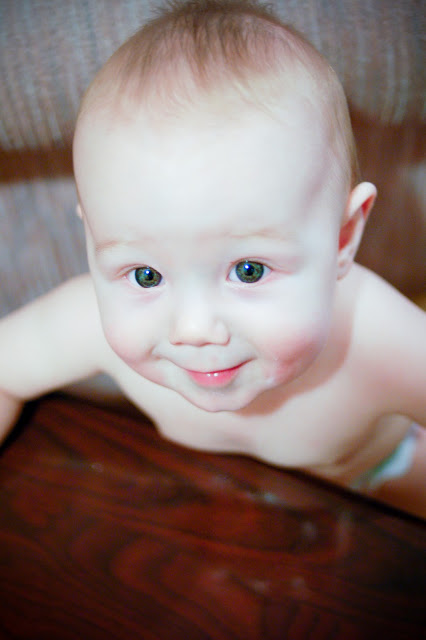 Postponing Is Not Advancing
https://haligonia.ca/postponing-is-not-advancing-27857/