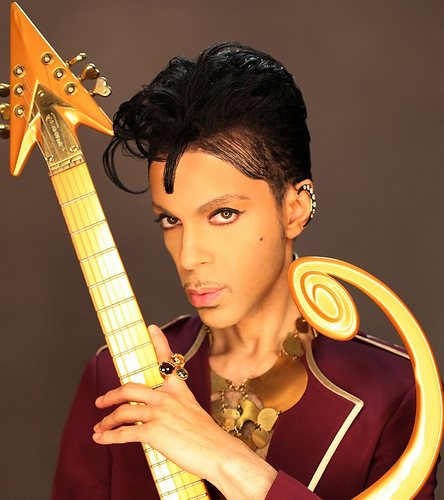 Yes, you read that right.

The artist formally known as Prince is coming to the city currently known as Halifax. This post over at ticketatlantic.ca has all the details:

evenko and Live Nation are thrilled to present the incomparable and unique PRINCE on November 30th at Halifax Metro Centre.
Prince, one of the most prolific and groundbreaking artists of our time whose recorded music, live performances and powerful artistry have affected music and pop culture like no other, will bring his extraordinary live production to Canada with his spectacular tour, WELCOME 2 CANADA. This is Prince’s first multi-city national Canadian tour since 2002.

Prince kicked off the Welcome 2 America tour in the New York area in December 2010 with a celebrated six night stand which received tremendous acclaim by fans and critics every night. Prince followed up with three intimate nights in Oakland and six special nights in the Carolinas where he performed many of his fan favorite mega-hits which had fans in every market screaming and dancing for more. The extraordinary run of shows continued with stops in Sacramento, Fresno and San Jose, with more than a quarter of a million fans joining him in Los Angeles. Prince welcomed a wide range of guest artists throughout his multi-hour sets, including Chaka Khan, Alicia Keys, Larry Graham, Sheila E., Mary J Blige and many more.

Welcome 2 America tour has been embraced with rave reviews in every stop made across the country. “He had the crowd panting as soon as he hit the stage…It was unbelievably great. Do you go to a Prince show for predictable consistency? Ah, no. You go for moments of divinely inspired madness — and last night, he delivered as many of those as a fan could expect.” – Rolling Stone
The New York Daily News raved, “Prince is worthy of all royal accolades…The hit-friendly show had a kinetic confidence and racing pace that spoke of his singular place in pop history,” while the New York Times said “It’s easy to envision Prince as another Chuck Berry or James Brown, barnstorming for decades to come.” The San Francisco Chronicle raved “spinning, strutting and swaying in his towering heels as if no time had passed since the days he dominated MTV with his angular suits and perfectly sculpted hair… neither his fantastic voice nor his dynamic legs showing any signs of slowing down.
Do not miss this incomparable artist at Halifax Metro Centre on November 30th!