These days, if you’re convicted of a crime around here, you’re likely put in the paddy wagon and sent off to the Central Nova Scotia Correctional Facility in Burnside, or Truro’s Nova Institution for Women — but what was the one-stop shop for criminals decades, or even hundreds of years ago in Halifax?

Well, given our city’s rich history and lengthy timeline, there were, in fact, three main prisons that opened and closed over the years.

The most recently-closed down was Rockhead Prison, which  opened in 1854 and shut its doors over a century later. It was built near the corner of Leeds and Novalea (then Gottingen) in North End Halifax. 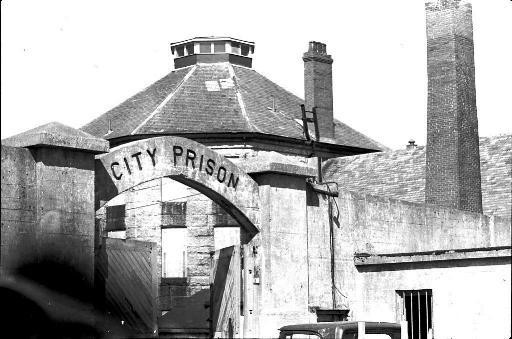 The old Rockhead Prison, which sat at the far side of the city’s north end. (Photo: Stephen Archibald)

The Northwest Arm Penitentiary (or, the Nova Scotia Penitentiary) was built in 1844, right outside of Point Pleasant Park in the city’s far south end, and operated for 36 years when it was replaced by Dorchester Penitentiary (New Brunswick) in 1880. After that, the building served several different purposes, but was later demolished in 1948.

Rumour has it,  rock and rubble from this prison was used to build parts of Saint Mary’s University, just around the corner. 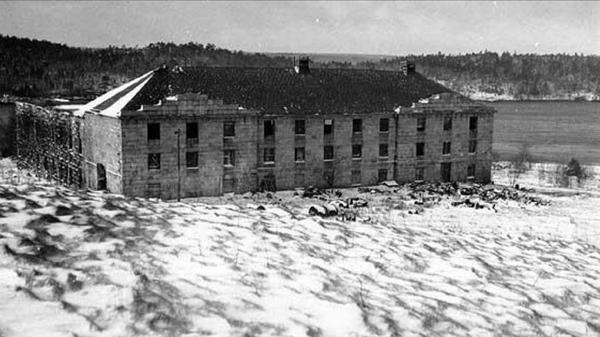 And thirdly, Melville Island Prison – which is now the Armdale Yacht Club – has a captive history of POWs dating back to the Napoleonic Wars in the early 1800s as well as the War of 1812. This site also held refugees escaping slavery in the US, as well as quarantined patients and various other prisoners over the years.

Directly across from the prison (er – yacht club), is the aptly-named, “Deadman’s Island,” where hundreds of soldiers and prisoners’ bodies now lie in unmarked graves. 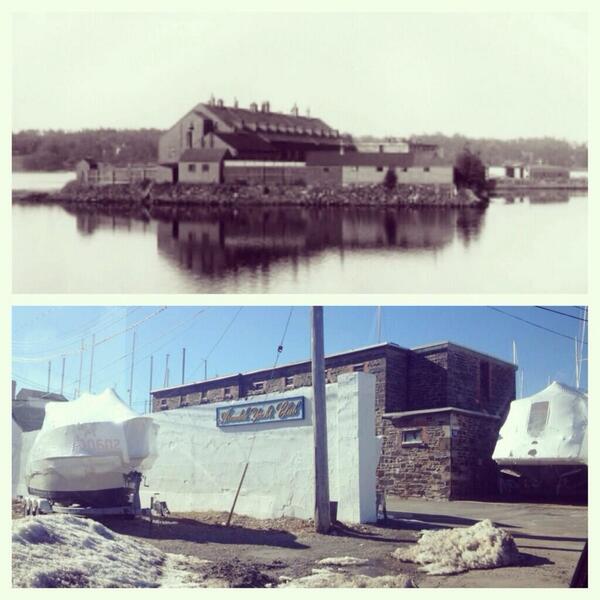 A before and after shot of Melville Island Prison, which is now Armdale Yacht Club.

Prisons of Halifax’s past
https://haligonia.ca/prisons-of-halifaxs-past-100111/