The symbol has become synonymous with Halifax the decal, Hoody or T’s can usually be spotted on any outing in HRM.
Who hasn’t seen the logo almost everyday 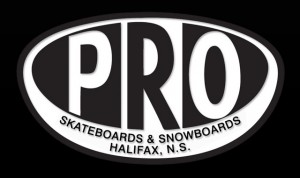 The alternative store that could started in a garage in 1986  and then moving to Quinpool in the attic space of where Gaudet optical is today, 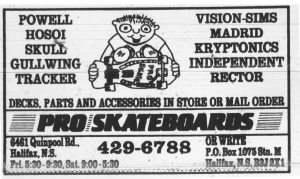 These guys have been pushing out skateboards for nearly 30 years. A few moves along the way and a little expansion and they have become an institution in Halifax small business. After leaving Quinpool they moved down to Barrington Street across from Grand Parade and then to their long time home on Blowers St. with their infamous Donair Statue, showing the sense of whim that has always been there by embracing their Pizza Corner neighbours. 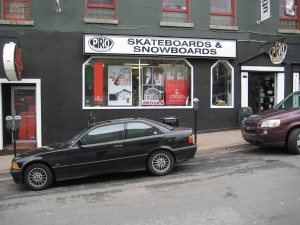 As they moved and grew they became the preeminent source for Snowboard gear as well. The fashion side increased as well and eventually had the sister store of Pro Girl. A couple years ago though the PRO family moved from Blowers almost next door to where the first shop was, renovating the old French Pastry Shop into a truly remarkable store, housing everyone under on large roof, and adding to the charm of Quinpool.
They have Men’s, Women’s, and Kids Fashions and gear. Watches, belts, headphones. Decks, trucks, wheels, helmets, hats, Shoes, boots and the awesome skate bar on the second level. 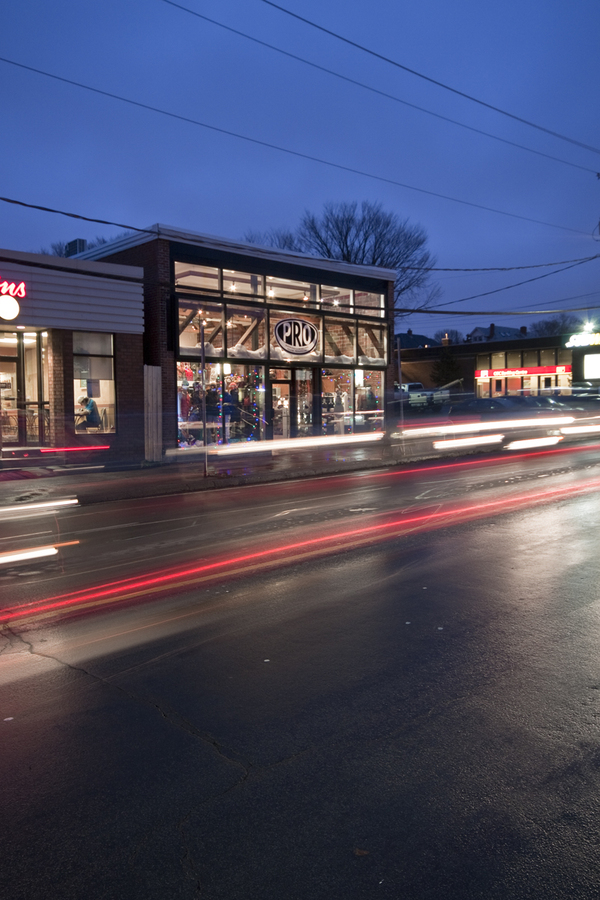 The whole time after all these years I can’t think of a time that I haven’t got anything less than great customer service.

But Remember, don’t park in the Subway lot, because they are dicks and insta-boot your car.