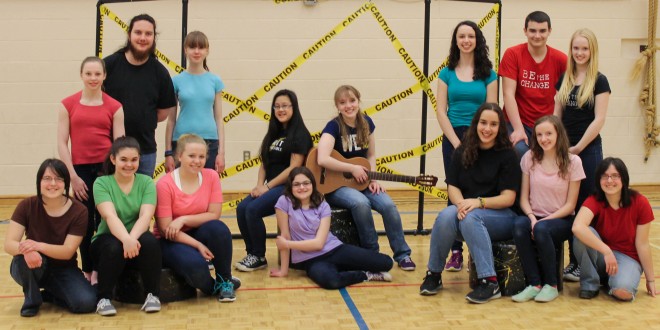 Project ARC: A show for youth about bullying, peace and human rights 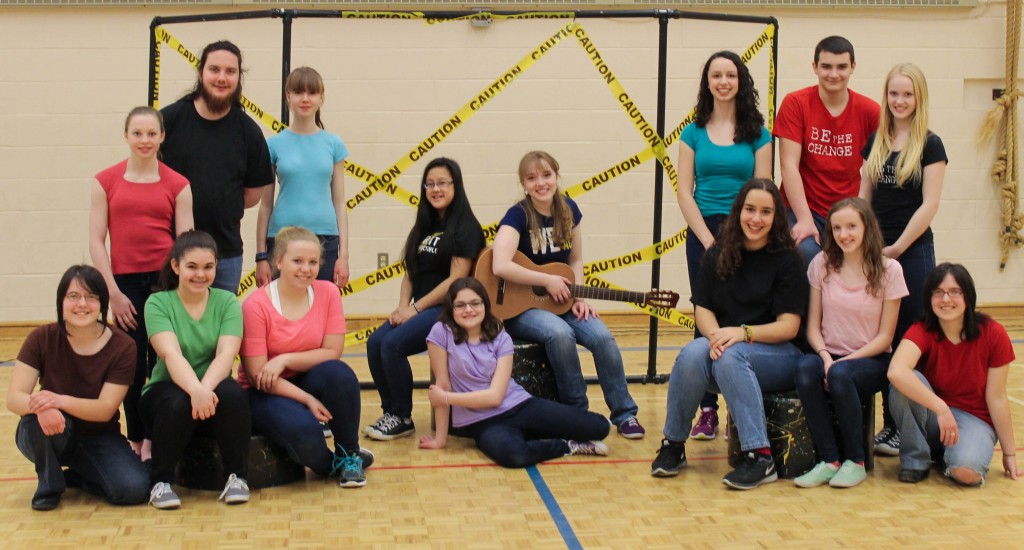 Every right we have comes with one or more corresponding responsibilities – to ourselves and to each other.

One day every week from October to June, an amazing group of 16 young people visit elementary and junior high schools across Nova Scotia with a show called Project ARC.

“ARC” stands for action, responsibility and choice. It’s a human rights education initiative that uses theatre, music and youth leadership to foster interest in and understanding of human rights and their corresponding responsibilities.

Find out more about this exciting and important  project from the show’s writer and director, Janice Cruddas.

How did Project Arc get started?

JC: The show grew out of a larger theatre group of largely home-educated youth that I’d been running for about 8 years. Our group had always had a social responsibility element and had raised money for various organizations through our plays and concerts, but in 2010-2011, two things came together to spark the idea for a touring show. One was the loss, due to suicide, of a talented, intelligent teen our family knew. Her name was Heather. The other was a song my daughter, Emma, had written to express her overwhelming feelings after attending a social justice summer camp. I had been involved with touring social justice shows before in university and my kids were also involved in one here, so I had some idea of what I wanted to do: honour people who are struggling daily just by virtue of to whom or where they were born, get us to realize our shared responsibility for each other and our planet, and share my story of how perspective and purpose delivered me from the insecurities I had due to bullying and exclusion throughout my childhood. There are so many platitudes about bullying, peace and human rights; I wanted our show to respectfully examine all the reasons why we lash out at each other – on a personal and on a global level – and to challenge those reasons with real tools to get us beyond ourselves to see the bigger picture: interdependence.

So, in September 2011, 10 youth who were interested in developing this show came to a meeting and we talked about what it could be. I brought in books on human rights from the library and asked the group to figure out what rights they wanted to focus on. We workshopped scenes about the rights they chose and then I took it all home and wrote the script. Years before, at a concert a friend of mine and I had organized in support of Right To Play, a Baha’i group of youth had done this incredible stomp dance. They were the inspiration for the way we open the show. Our first cast members were amazing and brave – performing in front of your peers in a serious show that has no track record or reputation (we weren’t doing Disney) takes a lot of courage. And that’s not even taking into account smacking yourself silly to create a rhythm with just your body! Oh, the red arms and legs they’ve had!

How is it funded?

JC: Well, that’s an interesting idea – funding! At first, it was funded solely by us and the kindness of two great friends who helped us create an easily transportable set. To this day, the parents pay for gas and Audrey (our wonderful Jane-of-all-trades-and-master-of-many who has been with us since the beginning) and I bring in treats for the group to get us through rehearsals. Sobeys has been our biggest in-kind supporter, giving us free space for our many, many rehearsals. We do “charge” for the show, but we ask the schools not to pay us, but to pay it forward by donating to an organization chosen from a list created by our youth cast. So far, we’ve raised over $11,000 for groups like Hope for Wildlife, Free the Children, Phoenix House, Ecology Action Centre, Right To Play and Doctors Without Borders. So, we make NO money from the shows at all. If we stayed within the limits of HRM, funding really wouldn’t be that necessary (though we now need a new sound system), but as folks outside the city found out about the show, we found ourselves going farther afield. We’ve taken 3 road trips to Annapolis Valley to perform at several schools there. The first one was paid out-of-pocket by families for the gas and the over-night stay The second year, we had a fundraiser at Goji’s and we had a kind donation from a friend who was very moved by the show, so that helped with expenses, but certainly didn’t cover them. This year, we’ve been facilitating workshops for some schools after the show and the schools pay $50/workshop. We wanted to do the workshops anyway, because after the show, when the cast speak to the students, there is usually someone who comes up and wants to share their story. We see the workshops as an “education and empowerment extension” – something that brings the cast and students together to talk about the things they want to change and share ideas about how to change them. So, we have more expenses now because of the workshops (we give bookmarks to the students, we have additional supplies), but the workshops covered our overnight stay in Wolfville and a trip to play mini-golf! I really wish we could give more to our performers – they each put in close to two hundred volunteer hours from September to June. They are truly amazing and the only reason project ARC can exist; I don’t believe it would be the same if this were performed by adults only.

How many young people are involved?

JC: This year, we had 16 youth involved, ranging in age from 12-19: 6 core members who did the show every week, 6 cast members who alternated weeks and 4 understudies (2 of them came every week to watch the show and help with workshops.) Since our first show in March 2012, we’ve had 30 youth involved with project ARC, some home-educated and some in public school. We have alumni lake parties and ice cream socials in the summer!

What is the most important message delivered in the show?

JC: Every right we have comes with one or more corresponding responsibilities – to ourselves and to each other.

Why are music and theatre a good way to deliver this message?

JC: Humans respond to music on a very emotional level. Theatre helps people let down their guard to truly see themselves – “holds the mirror up to nature.” project ARC touches on really serious things – child soldiers, parents who hit their kids because they’re drinking, the devastating effects of personal and global insecurity. We want the audience to feel what we’re saying – to have it hit home – so they will feel compelled to act on their feelings and use the tools we talk about – perspective, purpose and gratitude – to get beyond themselves, understand and embrace their responsibility to themselves and others, and reach out with empathy. If we were to just talk about this for 45 minutes, the students wouldn’t be moved – they’d likely lose interest. The music and theatre – especially because it’s being done by a group of extremely talented peers – keeps the audience engaged and wondering what will be coming next.

How can other people get involved?

JC: Glad you asked! We have auditions for our next season coming up: Thursday, June 25th from 6:30-8:30, Sunday, June 28th from 2:00-4:00 and Thursday, July 2nd from 6:30-8:30. Auditions must be booked ahead of time; if you’re a youth aged 12-20, you can email me at projectarctheatretour@gmail.com to book. We hope to see lots of people there – we’re looking for about 6 new cast members and understudies. For more audition info, please check our website here.

JC: Thank you to all our cast and parents!!! We have gotten some beautiful letters from students, been honoured to be trusted with some incredibly touching, hard stories, and have been grateful to receive effusive praise from administrators and teachers. We’ve received recognition in our community. I’d like to thank every person who has taken the time and thought to reach out to us because it helps us to know that our work is worthwhile, necessary and appreciated. Your words – and the knowledge that there are still people who are hurting needlessly because of the irresponsibility of other human beings – keep our small ripple alive.

The post Project ARC: A show for youth about bullying, peace and human rights appeared first on Hello Dartmouth. 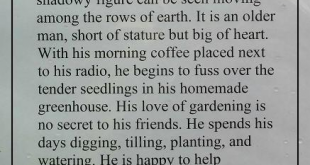