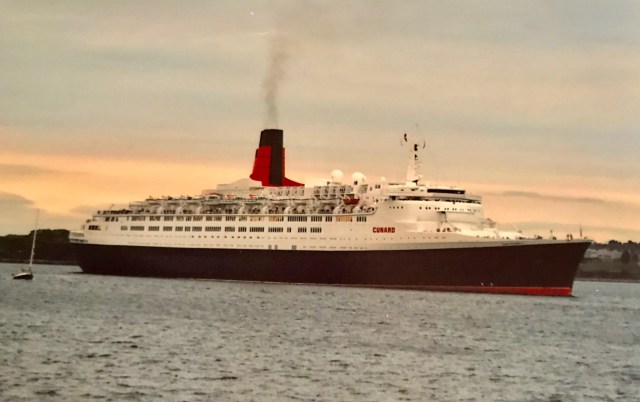 Yesterday marked the 50 year anniversary of the launching of the Cunard liner Queen Elizabeth II. Her final voyage and stop in Halifax Happened in the fall of 2008.

The last notes say that the ship is laid up in Port Rashid, with her lifeboats and davits removed. Managed by V ships, she has a captain and small crew.