Christmas must be around the corner, as in typical fashion I have fallen ill. I’m reconsidering my decision to skip getting my flu shot (at the time needle vs. no-needle was an easy decision). Being sick around Christmas is kind of killing me, as I’m missing a party tonight, and am immune to cheer, goodwill, sugar cookies, et cetera. No fun, kids, no fun. 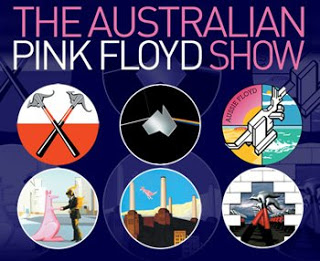 Now, regarding Saturday’s Aussie Pink Floyd Show… it was great fun. This was my third time seeing them, and probably not the most satisfying, but still very good. They played The Wall in its entirity, and included some great visual effects (“3D” movies, WICKED COOL LASERS, a neat light show), and a very strong musical theater component, versus any of the other times I’ve seen them. “Fake Roger Waters”, AKA “Pink” was the star, whether he was detached in his living-room or donning sunglasses and a leather jacket, ordering us to follow the “Hammer”.

The Wall isn’t my favourite Pink Floyd album, and I don’t think it’s an appropriate choice as a concert piece due to the number of effects and the level of skill required on the part of the musicians. But, once again, Aussie Pink Floyd proved that they are worthy of being endorsed by Dave Gilmour—they pulled it off beautifully. One important thing to note about this cover band: they may not play their own songs, but they certainly add a lot to the music they’re playing in the form of rearranging songs and executing flawless solos. 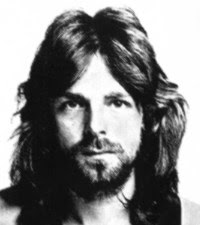 The encore was 45 minutes long, and stuck to Dark Side of the Moon/Wish You Were Here for the most part. A nice little tribute was given to Rick Wright who died this past year, but, sadly, it didn’t compare to the three-song homage that Syd Barrett got a few years back. Shortly after that song, a giant pig with glowing red eyes was inflated. It loomed over the audience during songs from the album Animals and actually looked quite frightening. The high-point of the encore was definitely “Great Gig in the Sky“, performed soulfully by one of the three female back-up singers—she got a long, loud standing ovation.

In the end, I’d say it was great to see the band perform again and I would definitely see them for a fourth time, but probably only if they played a mix of tunes, rather that one straight album.

"I've got a grand piano to prop up my mortal remains."
https://haligonia.ca/qive-got-a-grand-piano-to-prop-up-my-mortal-remainsq-1832/