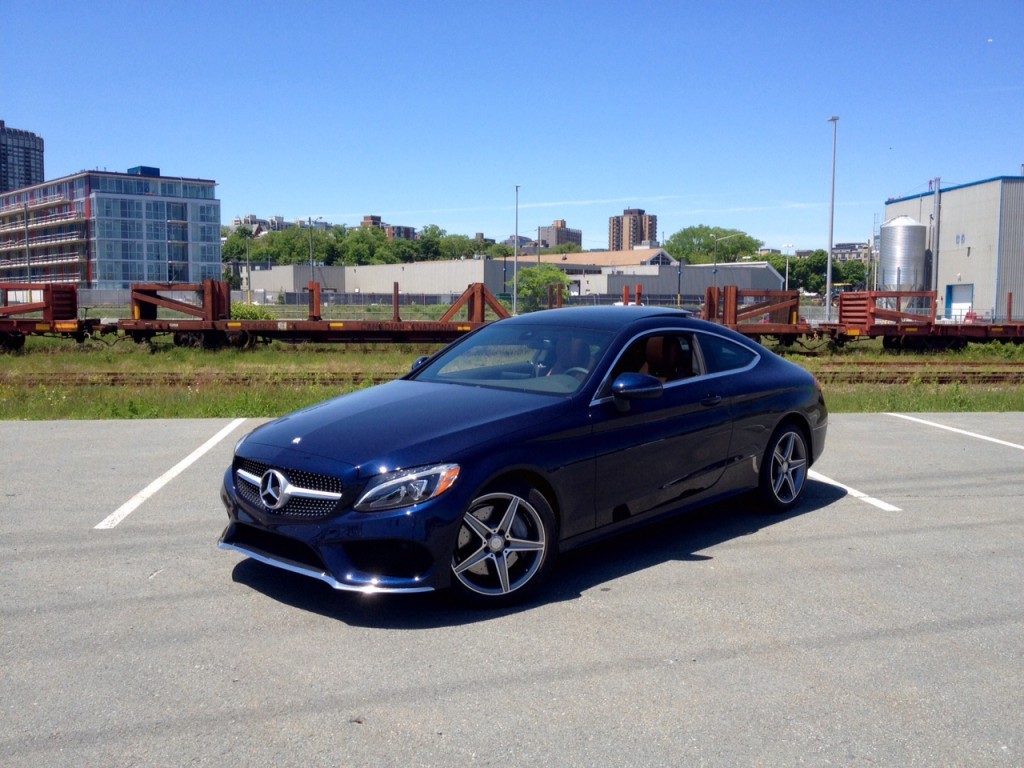 Case in point, I was returning from a two-week vacation to Spain (which is a country you absolutely have to visit before you die, by the way). The 8 hour flight from Barcelona to Toronto was exhausting to say the least.

While waiting for our connecting flight to Halifax, I received a call from Garry, whose job is – among other things – to shuffle the press fleet around to journalists in the area. He let me know that he would be able to have my press car for the week waiting for me in my drive way as soon as I got home (one of the many reasons why Garry is the best). He told me it was a Mercedes C300 coupe. 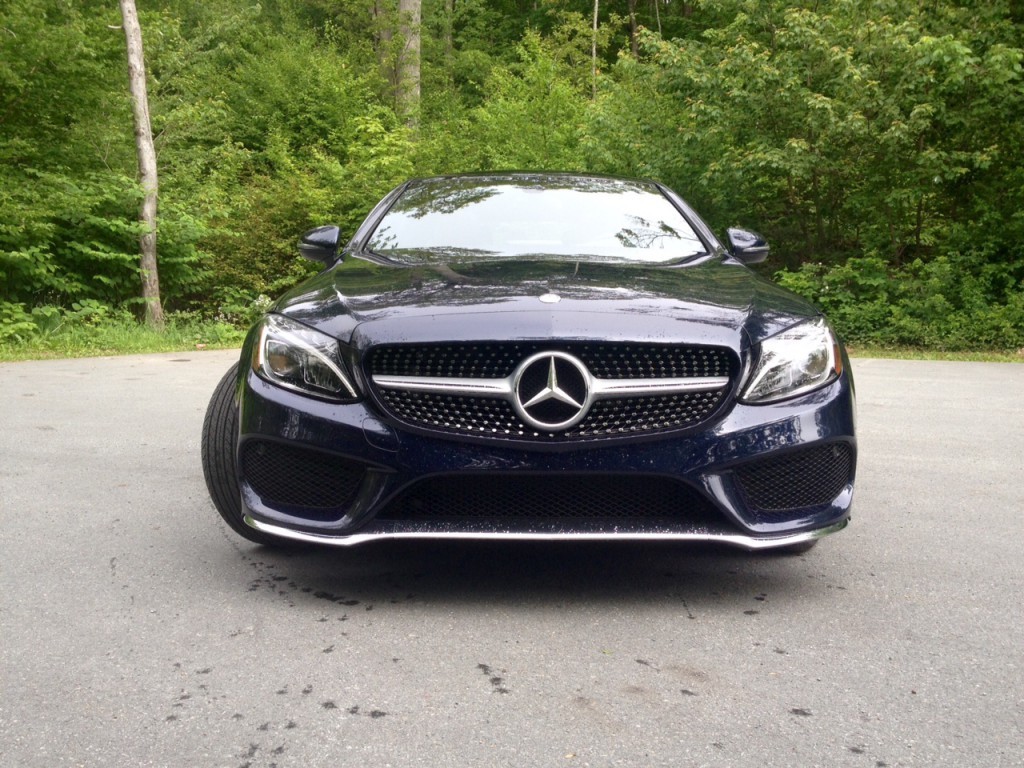 Now, I was excited to try Mercedes’ latest coupe offering, but my fatigue and overall irritation with air travel was preventing me to really think too much about it. I figured I would just take it for a spin the next day.

Then I arrived home, still tired and irritated, and saw it in my driveway. It was stunning; especially in its Cavansite blue metallic paint. I put my luggage inside and was excited to plunk myself on the couch and rest. About five minutes into resting I realized I couldn’t keep my mind off of what was sitting in the driveway. 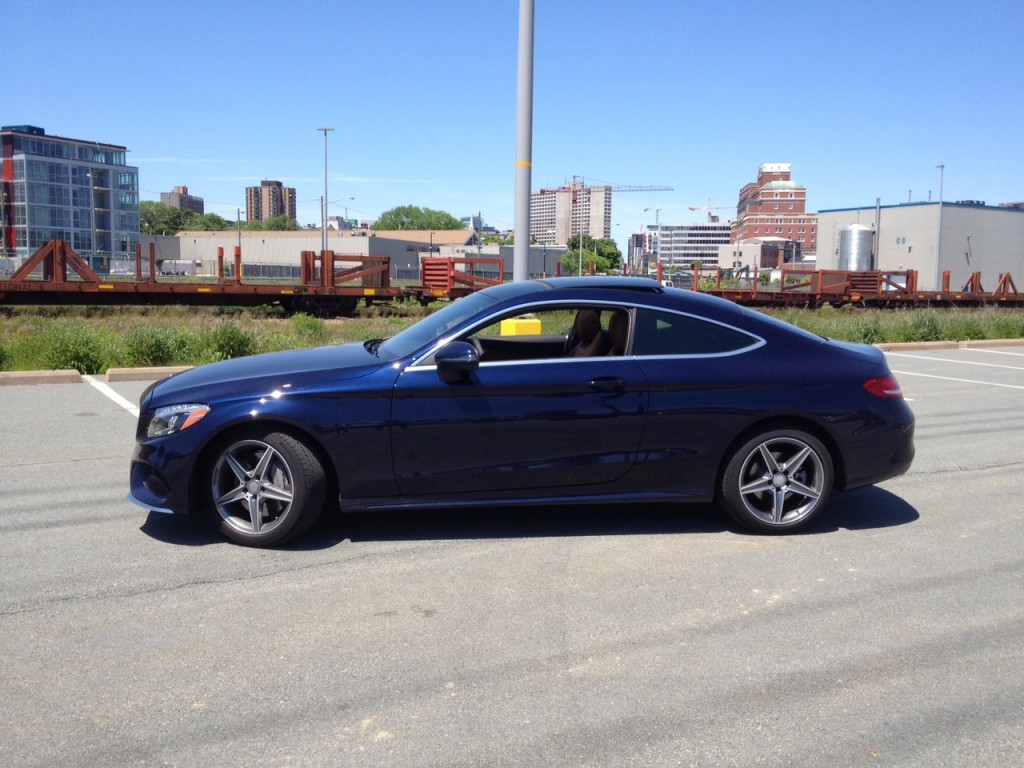 Sod it, I gotta take it for a quick drive, I thought.

After about five minutes of driving, my irritation and jet lag seemed to diminish. And that’s, in a way, the power of a Benz coupe.

I stopped in an empty car parking lot to examine it in more detail. While it shares a similar facia to the C-class sedan, it’s clearly lower to the ground and the side profile is particularly eye-catching. The 18-inch upgraded wheels are a nice design, but admittedly, look a bit small on this coupe. The rear treatment is classy yet conservative. You would have thought I was driving an S-class coupe with the stares I was getting. This thing turns heads. 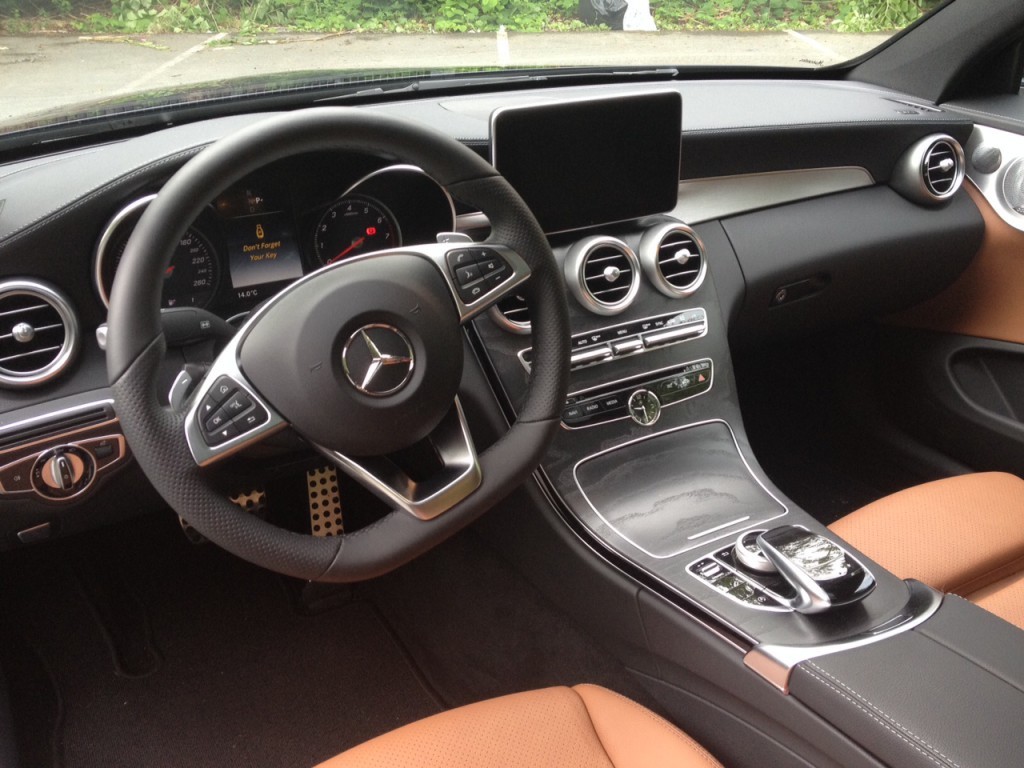 Inside is exactly what you’d expect from Mercedes; quality, attractive design, tech and comfort. The C300 coupe still gets the polarizing column mounted gear lever and the infotainment system looks like it was an afterthought in the design process, but overall it’s a very pleasant place to be. The seats are very comfortable and supportive and the panoramic rook provides a nice airy feel.

Okay that’s enough of that, back to driving, I thought.

I’ve always thought 4-cylinder Benz’s seemed a bit off brand. I can certainly appreciate the need given the current condition of our environment, and emissions laws, but in a coupe? It just doesn’t seem right, that is, until you drive it. The 2.0 litre turbo’d engine churns out 241 horsepower and 273 pound feet of torque. This engine is one of the most refined in the business, it’s smooth and power is linear. 241 horses might seem a tad underwhelming to some, but it is certainly more than adequate in my opinion. It lacks the nice growl of a six cylinder, but otherwise does the trick quite well, and is mated especially well to the quick shifting seven-speed automatic. 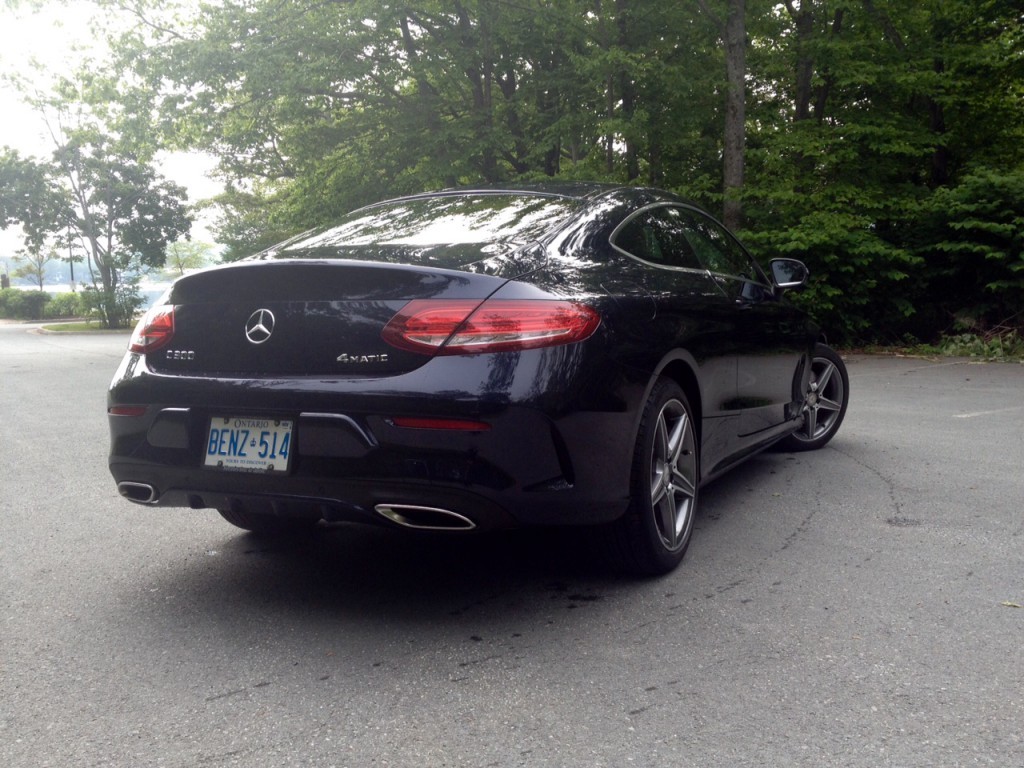 Then comes the sharp, but not overly weighted steering matched with its dart-like handling abilities, especially in sport mode. It certainly makes the C300 coupe feel smaller than it is. But it’s nimbleness in the corner is a pleasure, not to mention its solid, confident performance on the highway.

While I didn’t get as much seat time as I would have liked, I came away rather impressed.  It was one of those moments when I didn’t want to give back the keys. But while I came to enjoy the Lexus RC 350 I tested recently, that was more of a gradual appreciation. This C300 coupe had me almost right off the back. And while in my RC 350 review that I could actually see myself owning one, the choice between these two is obvious. The Benz wins hands down. 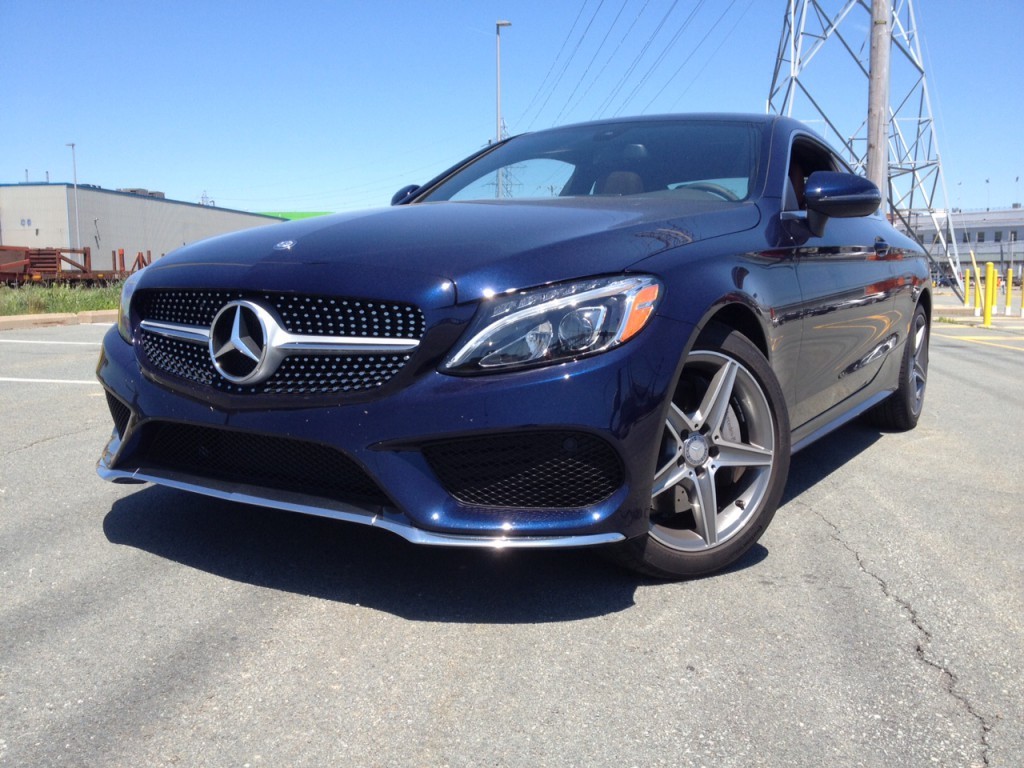