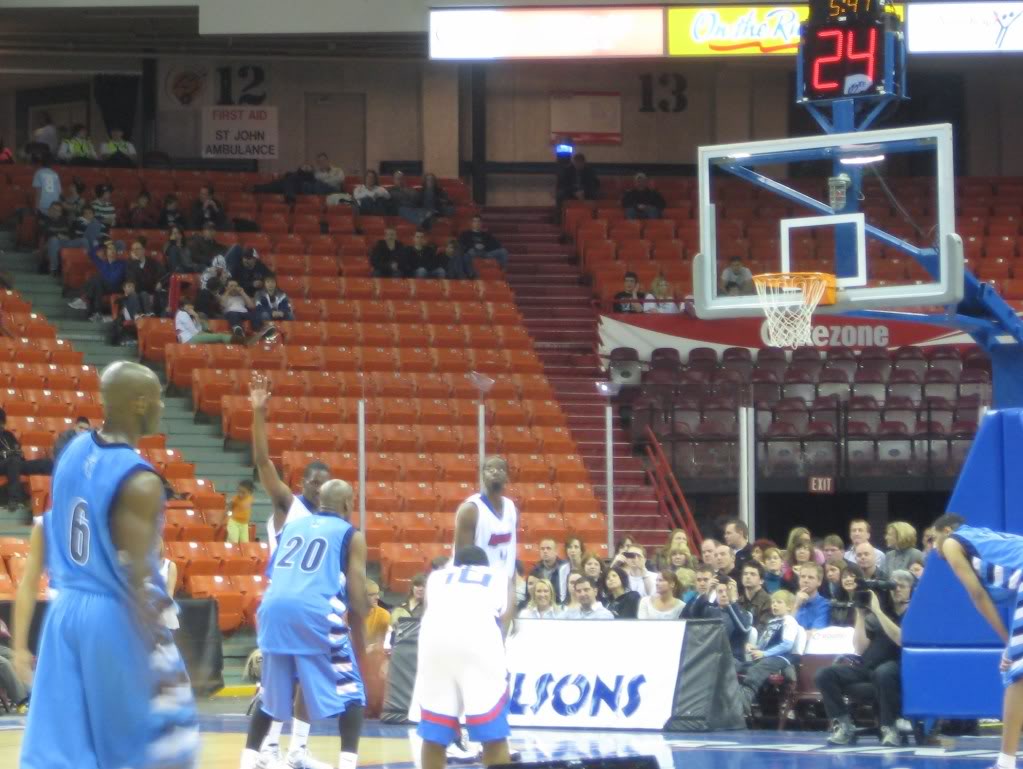 RAINMEN 108, KEBS 90
The Rainmen came out energized as their high from Friday night’s win spilled into Sunday afternoon’s matchup against the Quebec Kebs.
The Halifax Rainmen played full force from the beginning with the former Bradley Brave, Tony Bennett, getting hot early in the game.  With Bennett’s hot hand, Halifax built up a 10-point lead after the first quarter and never looked back.  The Kebs had a tough time making shots against Halifax going 16 for 41 from the field in the first half.
With their lightning quick speed  and ability to take it to the rim, Halifax fans are starting to see the strength at the guard position with Tony Bennett and Adris Deleon. Tony Bennett  had an impressive line with 28 pts, 9 assists and 2 steals while Adris Deleon put up 18 pts.
The matchup was a little chippy at points, with tempers between Halifax and Quebec getting a little heated in the first half and a few shoves amongst players.  Quebec’s Cordell Jeanty and Jonas Pierre were two of the most heckled guys from the Halifax crowd. Despite that, they two combined for 54 of Quebec’s 90 points.
Eric Crookshank had a couple of highlight-reel throwdowns and also had a game-high 14 boards to go along with his 16 points.  The highlight of the game was when former Dalhousie Tiger, Devon Norris, checked in, making his first basket as a Rainmen player which was followed by a nice applause from the Halifax crowd.
Key Notes:
Game two of the Holiday Classic is in the books, with the Rainmen going 2-0.  Do you guys think they can go 3-0?  Leave a comment and let us know your thoughts!
The Rainmen take on Vermont Monday evening (7:00 pm), check out Haligonia.ca  for live online streaming coverage!