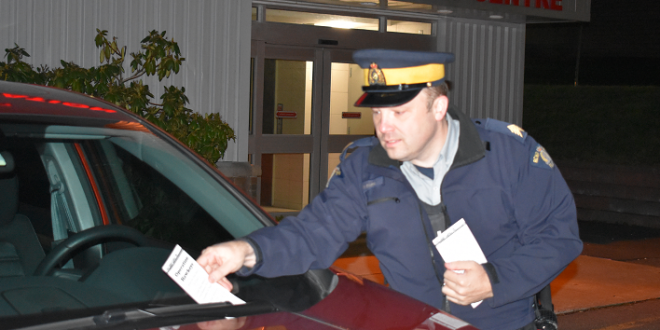 This past week,​ 13 reports of thefts from unlocked vehicles were reported in​ Cole Harbour, Lucasville, Upper Sackville and Beaver Bank.

Now that we’re in the holiday season, there is a lot competing for​ everyone’s attention, but it is important for residents to continue their habit of​ protecting property against theft by removing valuables from vehicles and locking vehicle doors.

In an effort to help residents protect their property, Halifax District RCMP has been increasing foot patrols and​ leaving lock-up reminders on vehicles. Nova Scotia RCMP also is running the #9PMROUTINE,​ a crime prevention initiative that encourages residents to check that​ their homes and​ vehicles are​ locked and secure every night at​ 9​ p.m. and share through social media that they have completed the routine using the hashtag #9PMRoutine.

Help​ send the message that crime won’t be tolerated in your community by reporting suspicious activity to police, locking and securing your property and doing the #9PMROUTINE every night.