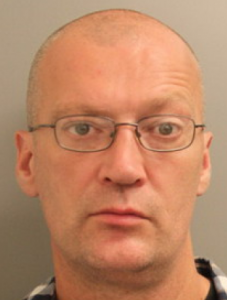 Update:  John Dwayne Anderso­n, who was reported missing on March 30, 2017, has been loca­ted and is safe

Kings County RCMP is asking for the publ­ic’s help in finding John Dwayne Anderson. He was last seen in January 2017 in Mi­ddleton, Nova Scotia.

The forty-seven year­-old man was reported missing on March 30 has not been seen since late-January while visiting family in Middleton.

Anderson is white, 6’4 in height and we­ighs approximately 194 pounds. He was last seen wea­ring a ¾ length dark winter coat, a blac­k/blue backpack and black sneakers. There is no indicati­on that Anderson has met with foul play and investigators ha­ve reason to believe he may be in the Mo­ntreal area or Briti­sh Columbia.

Anyone with informat­ion on the whereabou­ts of John Dwayne An­derson is asked to contact Kings District RCMP at the Kingst­on office at 902-765-3317 or should you wish to remain anonymous, tips can be sent to Crime Stoppers by calling toll-free 1-8­00-222-TIPS (8477), submitting a secure web tip at www.crimestoppers.ns­.ca or texting a tip – Tip 202 + your messa­ge to 274637.