A vehicle nearly misses on officer while they are conducting a traffic stop on an impaired driver. An officer is forced to jump out of the way of an approaching vehicle on a 100-series highway. These are just two examples that RCMP officers across the province face each day while conducting their policing duties.

Throughout the month of April, the Nova Scotia RCMP is undertaking an awareness campaign designed to improve the safety of all first responders (police, fire and EHS personnel) by reminding the public about the dangers they face and why Nova Scotia has ‘Move Over’ legislation. Traffic Services units across the province will also be conducting enforcement activities throughout the month in support of this initiative and to ensure that motorists are adhering to this law.

On May 1, 2010, An Act to Increase Safety for First Responders and Others, often referred to as the ‘Move Over’ law, came into effect in Nova Scotia and makes it an offence to speed in excess 60 km/h or the posted speed limit, whichever is the lesser of the two, when passing a stopped emergency vehicle when its emergency lights are on. Motorists are also required to change lanes to the lane furthest from the stopped emergency vehicle if that lane is free and it is safe to do so.

‘Although the ‘Move Over’ law has been in place since 2010, we’re still noticing that drivers are failing to slow down and move over,’ says Nova Scotia RCMP Traffic Services Cst. Mark Skinner. ‘The work we do often takes place on the side of our province’s roadways, so we are asking motorists to help all police and first responders get home safe. If you don’t slow down and move over when approaching a stopped emergency vehicle, it could result in serious injury or death.’

For more information on the ‘Move Over’ campaign, be sure to follow the Nova Scotia RCMP on Twitter (@RCMPNS) and Facebook (Royal Canadian Mounted Police in Nova Scotia), as well as the hashtags #SlowDown and #MoveOver. Reminder messages on ‘Move Over’ will also be posted on the 100-series highway digital signs and at select Service Nova Scotia centres as well. 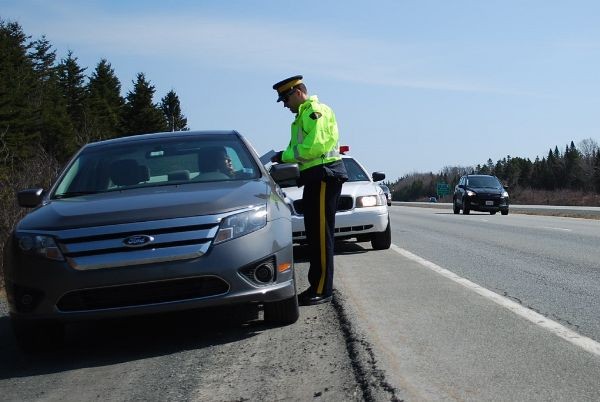 RCMP: Check your lane, slow down, its time to Move Over
https://haligonia.ca/rcmp-check-your-lane-slow-down-its-time-to-move-over-137949/