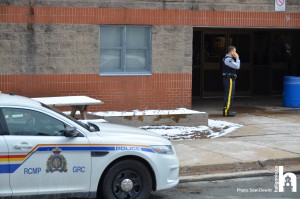 Police have arrested two male youths as a result of a weapons call that occurred near two schools in Middle Sackville earlier today.

Just before noon today, police were called to an incident that occurred close to Millwood High and Millwood Elementary schools in Middle Sackville. The information received indicated there were individuals in the area with firearms. One male youth was arrested by police at the scene for weapons offences. A second male youth was arrested off-site, shortly afterwards.

Police have seized a duffle bag of weapons and ammunition from the woods near the school.  The bag is believed to have been put there by the two male youths just prior to their arrest.

The two youths are facing a variety of weapons-related charges.

The General Investigation Section is continuing their investigation into this matter. Police are asking anyone with information to contact any RCMP office at 902-244-7208, Halifax Regional Police or Nova Scotia Crime Stoppers at 1-800-222-TIPS ( 8477 ), texting TIP202 + your message to ‘CRIMES’ (274637) or by Secure Web Tips at www.crimestoppers.ns.ca . Calls to Crime Stoppers are not taped or traced and if police make an arrest and lay charges based on a tip, callers qualify for a cash reward from $50 – $2000. 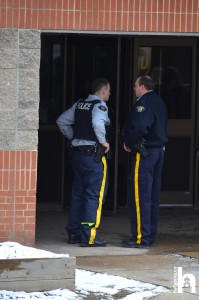