Shelley Mae Barber was last seen in North River, Colchester County after leaving for school on the morning of May 1st, 2014.

Barber is described as a white female, approximately 5’2, 110 lbs with dyed black, chin length hair, brown eyes and a lip piercing. She was last seen wearing all black clothing.

Investigators believe that Barber may be corresponding with friends via social media sites indicating that she is in the Halifax Regional Municipality.

Anyone with information on the whereabouts of Shelley Mae Barber is asked to contact Colchester District RCMP at (902) 893-6820 or by contacting the Nova Scotia Crime Stoppers at 1-800-222-TIPS (8477), text TIP202 + your message to ‘CRIMES’ (274637) or by Secure Web Tips at www.crimestoppers.ns.ca. Calls to Crime Stoppers are not taped or traced and if police make an arrest and lay charges based on a tip, callers qualify for a cash reward from $50 -$2000. 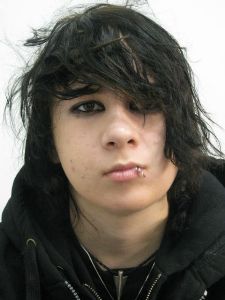