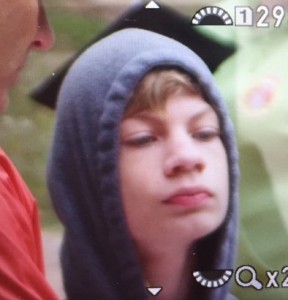 Update : Bret Kitchin, who was reported earlier this evening, has been located earlier today and is safe.

Twelve-year-old Bret Kitchin, who was participating in a local orienteering competition operated by Orienteering Nova Scotia, became lost in the woods in the Debert area. His parents have been informed.
Bret was last seen near Lysander Ave. at approximately 3 p.m. He is white, and was wearing a grey hoodie and pants. He is 4-foot-11 tall and 80 pounds. He has light brown hair and blue eyes.
Colchester District RCMP is investigating and local Ground Search and Rescue Teams have been engaged, along with RCMP Police Dog Services. The RCMP is asking for the public to contact them if they have information on Bret’s whereabouts. Should you wish to remain anonymous, you can also contact Nova Scotia Crime Stoppers at 1-800-222-TIPS (8477) or text TIP202 + your message to ‘CRIMES’ (274637) or submit tips by Secure Web Tips at www.crimestoppers.ns.ca. Calls to Crime Stoppers are not taped or traced and if police make an arrest and lay charges based on a tip, callers qualify for a cash award.