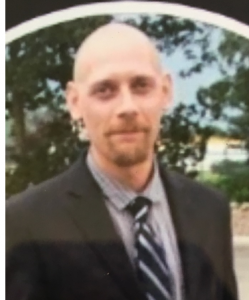 It has been one month since Peter Anthony “Tony” Walsh was reported missing and the RCMP is requesting assistance from the public as they continue to investigate the incident.

Walsh was last seen on August 23, when a witness saw him get into a truck in Truro. His own vehicle, a 1999 Chrysler Sebring, was left in the area and was later recovered by his family in the parking lot of a Truro business. Investigators have received many pieces of information and tips from the public however are continuing to ask the public for help.

Peter Anthony “Tony” Walsh is described as white, 35 years old, and is bald, 5-foot-9 and 180 pounds. Walsh has several tattoos including a distinctive one of a diamond on his face under his right eye. Walsh was last seen wearing brown work pants (possibly Carhartt brand), a white t-shirt with black lettering and brown work boots. Police and his family are concerned for his safety.

Anyone with information on the whereabouts of Peter Anthony “Tony” Walsh is asked to contact Colchester District RCMP at 902-893-6820. Should you wish to remain anonymous call Nova Scotia Crime Stoppers toll free at 1-800-222-TIPS (8477), submit a secure web tip at www.crimestoppers.ns.ca, or use the P3 Tips App.