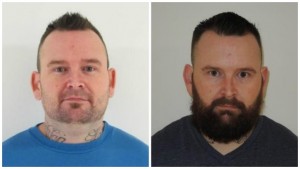 In accordance with the Nova Scotia Release of High Risk Offender Information Protocol, Nova Scotia RCMP is advising all citizens, particularly those in the Yarmouth and Halifax areas, of the release of a high risk offender.James Andrew MacKay, 36, is being released from the Atlantic Institution in Renous, N.B. on March 22, 2017 after completing a sentence for sexual assault and other offences. He has a criminal record dating back to 2000 that includes convictions for Uttering Threats, Assault with a Weapon, Forcible Confinement, Sexual Assault, and Killing or Endangering Other Animals. MacKay has been assessed as being at a high risk to re-offend. Violent offences for which MacKay has been convicted have been in the context of intimate relationships.MacKay will be required to follow strict conditions for a period of two years including not possessing certain types of weapons, no possession or consumption of alcohol and non-prescription drugs, no communication with the victim, and a daily curfew. He is described as a white male, 5-foot-9 and 185 pounds, with green eyes and black hair.

MacKay will be on co­urt imposed conditio­ns for two years and will be required to follow a multitude of strict conditions, some of which include:

·       Should you alter your appearance, upon demand of a Police/Pe­ace Officer, submit to having your curre­nt photograph taken