Read Your Way Around the World invites you to Russia. 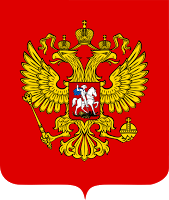 Russia is a vast nation with a dramatic history, however when I think of Russia the images which come to mind most readily are of the ballet, the Romanovs, Sputnik and Cold War repression. When I think of Russian novels I think of long tomes with lists of complicated names (patronymic? given name? diminutive?) along the lines of Fyodor Dostoevsky and Leo Tolstoy whose novels deal with big and important themes like the nature of good and evil, suffering and morality.

Moscow Noir by Natalia Smirnova and Julia Goumen (ed.) contains more examples of modern Russian fiction. Moscow Noir is part of the Akashic Noir series which features stories from cities around the world. Hardboiled, bleak and gritty, noir fiction is fatalistic and does little to pretty up urban life and crime. In Moscow Noir, “The more you watch Moscow, the more it looks like a huge chameleon that keeps changing its face—and it isn’t always pretty. Following Akashic Books’ international success with London Noir, Delhi Noir, Paris Noir, and others, the Noir series explores this fabled and troubled city’s darkest recesses.” – publisher.

Russia has a long history of science fiction and fantasy writing. During the Soviet era science fiction writing was especially prominent due to the interest in their space program and Sputnik. In Aleksey Tolstoy’s Aelita “a science-fiction fantasy in the manner of H.G. Wells, telling the story of a Soviet expedition to Mars with the aim of establishing communism. A Red Army officer foments a rebellion of the native Martians, who are in fact long-ago emigrants from Atlantis.” – publisher

Russia, or rather the Soviet Union, was a favourite of western spy thrillers from the 1940’s to the 1990’s. Ian Fleming, John Le Carre, Len Deighton and Ken Follett all capitalized on the Cold War. Tom Clancy’s The Hunt for Red October introduced Jack Ryan, CIA analyst who aids a defecting Soviet submariner and captures an experimental Soviet nuclear powered submarine. With the end of the Cold War, Jack Ryan’s son, Jack Ryan Jr. sets his sights on middle eastern terrorist leader “The Emir” who is wreaking havoc in the western world in Tom Clancy’s Dead or Alive.

he fall of the House of Romanov in 1917 ended a three hundred year dynastic rule. The February and October Revolutions were pivotal points of Russian history in the early twentieth century. In 1999 confidential documents were made public which shed light on the cruelty with which the family was treated. This political event became a personal family tragedy for a new generation of readers. Many books have been written on this event and this family in recent years. Some, like Eye of the Red Tsar by Sam Eastland use the event as a backdrop for a detective story. In Eye of the Red Tsar Pekkala becomes the Tsar’s personal investigator. In 1929 he is released from a Russian Gulag in order to investigate this infamous murder.. While others like The Tsarina’s Daughter by Carolly Erickson speculate on the sometimes popular idea that one of the daughters escaped and built a life quietly elsewhere.

And to bring all my preconceptions together (with the exception of Sputnik) we have True Memoirs of Little K by Adrienne Sharp and Russian Winter by Daphane Kalotay in which 79 year old Russian ballerina, who years before defected to the west, reminisces about her past as she puts her jewelery up for sale. This is a romantic story set against the repressive Stalinist regime. True Memoirs of Little K involves a former lover of Nicholas II and a ballerina who is writing her memories of the dramatic final days of the Romanov dynasty.

Read Your Way Around the World - Russia
https://haligonia.ca/read-your-way-around-the-world-russia-37895/