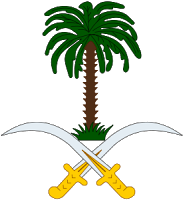 Saudi Arabia is a country that is often in the media, a major political force in the Middle East and dominant player in the world’s oil supply. But we don’t often hear about much in the way of the arts – and not much about literature in particular. Certainly the strict censorship and religious laws must hinder most of the independent literature.

But that isn’t to say that there hasn’t been any recent books worthy of our consideration, although much of what is written comes from writers living outside of the country. Not too surprising, the common themes here are religious freedom, women’s rights and Islam.

So lets take a literary trip into the Kingdom of Saudi Arabia through these recent titles.

“The brutalized body of a young woman washes up on a Jeddah beach, and an American security guard disappears just after welcoming his wife back to Saudi Arabia. When the victim is identified as Leila Nawar, who flouted religious custom while making provocative films exposing the seamy side of Jeddah andÅquestioning the purity of the Quran, the list of possible suspects grows, eventually turning up a connection to the missing Eric Walker. Working forensics on the murder, Katya Hijazi asks her friend, devout Muslim Nayir Sharqi, for help, and he struggles with his feelings for Katya while becoming involved with Eric’s wife. Verdict A vividly depicted horrific desert sandstorm lifts this sequel to the acclaimed Finding Nouf above the pedestrian.

But what is particularly notable here is the description by Ferraris, who once lived in the area with her then-Saudi Palestinian husband, of not only the stifling subjugation of women but also of the difficulties facing religious Muslim men in forging loving relationships. This shines as a revealing portrayal of Saudi culture.” – Library Journal 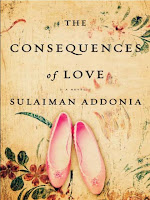 “A Romeo and Juliet story set against the strict Muslim laws of Saudi Arabia, Sulaiman Addonia’s astonishing debut novel is a sensuous and intensely wrought story of a young immigrant and a girl behind a veil who defy law and risk their lives to be together. Under a relentless summer sun, women dressed like long dark shadows and men decked out in light cotton robes roam the streets of Jeddah. While most of Naser’s friends have left town to escape the heat, he must stay behind to work. An African immigrant and outsider, Naser spends his spare time frequenting a friend’s café, writing letters to his mother in Eritrea, and daydreaming about the glamorous girlfriend he hopes to one day have.

Naser and his younger brother were sent to Saudi Arabia to avoid the war back home, but though they live with their conservative Muslim uncle they remain under the watchful, wrathful eyes of the religious police, who monitor the community’s every action, govern the near indestructible boundaries between men and women-walls in mosques, panels on buses, separate visiting quarters in houses, and, of course, the black veil, or abaya , that adorns the women-and punish any disobedience by public beating or death.” – publisher

Muhammad : a story of the last prophet
by Deepak Chopra (2009)

“Although ostensibly a novel, Chopra bookends his story about the Muslim prophet with an author’s note and an afterword, offering the reader a history lesson while reflecting on the current relationship between Islam and the rest of the world. The novel emphasizes that of all the founders of the great world religions, Muhammad is the most like us. Muhammad, a merchant who marries a rich widow and routinely travels in caravans as part of his trade, lives a regular life until the day the archangel Gabriel appears and orders the reluctant 40-year-old Muhammad to recite. (To recite, Chopra reminds, is the root word of Koran.)

Using multiple first-person narrators slaves and merchants, hermits, and scribes he portrays life (including its brutality) on the streets of Mecca. Each chapter is self-contained. Muhammad’s wife, Khadijah, laments there have been no warnings that this tumultuous, life-changing event is about to occur; Ali, the first convert, explains how the Prophet approached him. Compellingly told, this is not only good storytelling; it also helps readers, especially non-Muslims, better understand the complexities and contradictions surrounding Islam.” – Booklist

“This debut novel, banned in the author’s own country, reveals the social, romantic, and sexual tribulations of four young women from the elite classes of Saudi Arabia. Every week after Friday prayers, the anonymous narrator sends an email to the female subscribers of her online chat group. In fifty such emails over the course of a year, we witness the tragicomic reality of four university students negotiating their love lives, their professional success, and their rebellions, large and small, against their cultural traditions. The world these women inhabit is a modern one that contains “Sex and the City,” dating, and sneaking out of their parents’ houses, and all this causes the girls to collide endlessly with ancient customs. The never-ending cultural conflicts underscore the tumult of being an educated modern woman growing up in the 21st century amid a culture firmly rooted in an ancient way of life.” – Publisher

Inside the Kingdom : kings, clerics, modernists, terrorists, and the struggle for Saudi Arabia
by Robert Lacey (2009)

“Lacey’s second study of Saudi Arabia acts as an antecedent to his portrait of the Saudi dynasty in The Kingdom. Here, he examines the tension between conservative religious players and the secular pressures from abroad and within the country over the past 25 years. Through extensive interviews and a broad reading of more specialized works, Lacey brings together colorful anecdotes, vivid narrative, and character sketches to create a lively picture of Saudi society, its authoritarian and benevolent monarchy, and its complex international role. Verdict Lacey skillfully interweaves major political issues and social practices that will interest and inform general readers” – Library Journal

In the Land of Invisible Women : a female doctor’s journey in the Saudi Kingdom
by Qanta A. Ahmed (2008)

“Denied visa renewal in America, British-born Pakistani physician Ahmed, 31, leaves New York for a job in Riyadh, Saudi Arabia, where she celebrates her Muslim faith on an exciting Hajj pilgrimage to Mecca even as she encounters rabid oppression from the state-sanctioned religious extremist police. She is licensed to operate ICU machines in the emergency ward, but as a woman, she is forbidden to drive, and she must veil every inch of herself.

Her witty insider-outsider commentary as a Muslim and feminist, both reverent and highly critical, provides rare insight into the upper-class Saudi scene today, including the roles of women and men in romance, weddings, parenting, divorce, work, and friendship. After 9/11, she is shocked at the widespread anti-Americanism. The details of consumerism, complete with Western brand names, get a bit tiresome, but they are central to this honest memoir about connections and conflicts, and especially the clamorous clash of modern and medieval, . . . Cadillac and camel. ” – Booklist

Read Your Way Around the World - The Kingdom of Saudi Arabia
https://haligonia.ca/read-your-way-around-the-world-the-kingdom-of-saudi-arabia-43900/