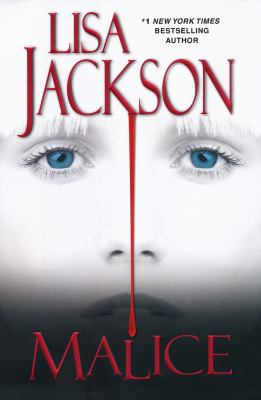 In Malice by Lisa Jackson New Orleans detective Rick Bentz awakes in a hospital to see his late wife blowing him a kiss from the doorway. Twelve years ago he identified her body after a terrible car crash, but is now beginning to doubt himself as he starts to see her everywhere. His first marriage was an unhappy one with an unfaithful wife, making his present happy marriage all the sweeter. Now Olivia, his second wife, appears to be in danger. The clues lead him to Los Angeles where Bentz’s previous unsolved case rears it ugly head.

Jackson’s books tend toward the suspenseful and gory. Serial killers are her stock in trade. She began her career as a romance novelist, but is now busy leaving a trail of bodies from coast to coast.

I have never seen a book trailer before, but go here to see the trailer for Malice.

Novelist suggests these additional authors to keep the bodies flowing while you are waiting for your turn to read Malice: Stephen J. Cannell, Thomas Perry, James Patterson, Jonathan Kellerman and Clyde Phillips