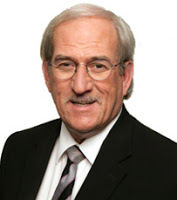 As part of my job I am always on the lookout for book reviews and reading suggestions. This morning I was startled to hear Michael Kane, the business news anchor on Canada AM, blurt out an impromptu reading suggestion at the end of his news segment.

It was obvious from the reaction from other hosts that this wasn’t part of the script. Michael just decided he needed to tell the audience about a book that he had just re-read and thought was fantastic. Maybe you will too?

The book in question is Siddhartha by Hermann Hesse, an allegorical novel originally published in Germany in 1923.

“Siddhartha’s life takes him on a journey toward enlightenment. Afire with youthful idealism, the Brahmin joins a group of ascetics, fasting and living without possessions. Meeting Gotama the Buddha, he comes to feel this is not the right path, though he also declines joining the Buddha’s followers. He reenters the world, hoping to learn of his own nature, but instead slips gradually into hedonism and materialism. Surfeited and disgusted, he flees from his possessions to become a ferryman’s apprentice, learning what lessons he can from the river itself. Herman Hesse’s 1922 Bildungsroman parallels the life of Buddha and seems to argue that lessons of this sort cannot be taught but come from one’s own struggle to find truth… highly recommended!” – Library Journal