Canada has a long and proud tradition of great fiction, and Canadians love to celebrate their home grown authors. Every fall big book awards (The Giller and The Governor General’s awards in particular) make headlines, the annual Canada Reads book battle pulls in large audiences from coast to coast, and all year long websites like the 49th Shelf draw attention to Canadian writing of all types.

But it can be easy to get caught up in the newest writing sensations and forget about the books and authors that formed the foundation of the rich literary landscape we have today. 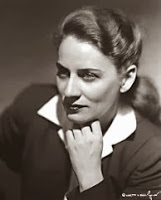 When I set up my reading challenge this year, I wanted to make sure it included some Canadian fiction but not just modern titles. Gabrielle Roy was an award winning French Canadian novelist who lived from 1909-1983. Today she is probably best remembered for her World War II set novel The Tin Flute (Bonheur d’Occasion — secondhand happiness– in the original French) which was a bestseller, won several major book awards in both English and French and was made into a film.

I first encountered The Tin Flute in a university English class, and approached it with the lack of enthusiasm that is sometimes typical of twenty year a Canadian old student faced with a fifty year old Canadian book: my assumption was that it would be boring and irrelevant. I couldn’t have been more wrong. Years later, I read the Tin Flute again in a book club and was again impressed with Roy as a writer–her clarity, her realism–and always had it in mind to visit some of her other work.

The Cashier (M) is the story of Alexandre Chenevert, an ageing teller in a Montreal bank. His life is a routine – he works, he returns home, he is annoyed by his neighbours, he argues with his wife — and he is a joyless man caught up in his brooding thoughts about people, politics, religion and the world. The story — largely told through Alexandre’s thoughts — is a meditation on urban life at the end of the 1940s. From the book jacket of the 1987 New Canadian Library edition “The themes of The Cashier are myriad and modern: the alienation of modern man faced with problems too big either to control or to ignore, the struggle to maintain a separate identity in the oppressive indifference of urban society, and, reaching deep into Canadian life, the contrast between the loneliness of that society and the peace and solace of the wilderness.”

What struck me most about The Cashier was just how modern it felt. Ignore the references to the politicians to of the time, the corner payphones, and the details of 1940s banking practices and you could very much imagine that this is a novel set in any modern city today. Chenevert’s anxieties and pains — a difficult economy, the fear of cancer, feeling lost in a rapidly changing society — seem as much at home today as they do n the time period in which the novel is set. The middle part of book features Chenevert getting away from his oppressive city life by retreating to a cabin in the woods and getting back to nature: an idea that seems to have become popular once again in our early 21st century society. There were times when I could easily imagine the action of this book taking place in modern Montreal, and when I envisioned that this book could easily be adapted into a film or TV series with a current setting.

The Cashier is not a happy book: I would not recommend it for someone looking for an escape. It is however a beautifully crafted book. As the introductory essay in the 1987 edition of The Cashier notes, the book is notable for its “precision of style … spareness of word and a tautness of syntax.” Roy brings a simple beauty to this emotionally dark story. The New York Times Book Review called it “An unforgettable story of Montreal … Remarkable for its truth and quiet power” and that seems to hold true today. If you are looking for a book that is thought-provoking and profound and don’t require fast paced action, The Cashier is a story that will resonate as much today as it did when it was written.

If you like the writing style of The Cashier then reading other books by Roy seems an obvious choice. The library has translations of several of her novels including The Tin Flute (M) and The Road Past Altamont (M) as well as several novels in the original French. If you are interested in Roy herself, you might want to read Enchantment and Sorrow: the Autobiography of Gabrielle Roy (M) (also in French as La détresse et l’enchantement) or Intimate Strangers: the Letters of Margaret Laurence and Gabrielle Roy (M).

When I was thinking about The Cashier in terms of other books to suggest to readers, I couldn’t help but think of Freedom (M) by Jonathan Franzen. Like The Cashier, Freedom examines focuses on a man in mid-life who questions where he fits in society. It is concerned with morals and relationships and the political issues of the day. Freedom is also very concerned with nature and the environment, and although Franzen’s message regarding nature is ultimately different than Roy’s there is a similarity to their approach. Stylistically they are different, but in some ways, Freedom feels like an update of the story Roy tells.