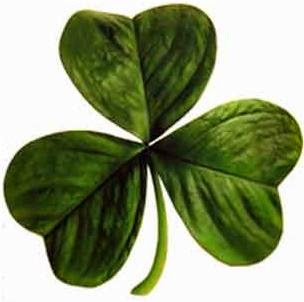 Considering how small Ireland is in area and population, it is amazing to consider how much the country has contributed to western literature.

On this day, when we are all Irish, enjoy some recently published Irish fiction.

The Woman Who Stole My Life by Marian Keyes

“Stella Sweeny is back in Dublin. After living the dream in New York for a year – touring her self-help book, appearing on talk shows all over the USA and living it up in her 10-room duplex on the Upper West Side – she’s back to normality with a bang. And she’s got writer’s block. Stella wants a clean break as she didn’t exactly leave New York on a high. Why isshe back in Ireland so soon? Who is it who keeps calling? Stella wants to get back to being the woman she used to be. But can she? And should she?” publisher

A History of Loneliness by John Boyne

“Odran Yates enters Clonliffe Seminary in 1972 after his mother informs him that he has a vocation to the priesthood. He goes in full of ambition and hope, dedicated to his studies and keen to make friends. Forty years later, Odran’s devotion has been challenged by the revelations that have shattered the Irish people’s faith in the church. He has seen friends stand trial, colleagues jailed, the lives of young parishioners destroyed and has become nervous of venturing out in public for fear of disapproving stares and insulting remarks. But when a family tragedy opens wounds from his past, he is forced to confront the demons that have raged within a once respected institution and recognise his own complicity in their propagation.”  publisher

A Girl is a Half-formed Thing by Eimear McBride

“The story of a young woman’s relationship with her brother, the long shadow cast by his childhood brain tumour, and her harrowing sexual awakening. Not so much a stream-of-consciousness, as an unconscious railing against a life that makes little sense, and a shocking and intimate insight into the thoughts, feelings and chaotic sexuality of a vulnerable and isolated protagonist, this novel plunges inside its narrator’s head. This isn’t always comfortable – but it is always a revelation.” Discover

“The Devlin sisters rely on each other – but some things are just too painful to share, even when your sisters are your best friends. Mum-of-four Julie thought that if her family had more money, life would be easier. But now that they’ve inherited a fortune, her problems are only starting. Lawyer Louise is used to having life go exactly as she wants it to. So accepting that she cannot control everything in her world is beyond her. And former model Sophie can just about cope with getting older – that’s until her ex-husband finds a younger model. All three women think that some battles are best fought alone. Maybe they need to think again …” publisher

An Irish Doctor in Peace and War: an Irish country novel by Patrick Taylor

“Recalls young Doctor Fingal Flahertie O’Reilly’s World War II service aboard the HMS Warspite, and the challenges he faces two decades later tending to the needs of the residents of Ballybucklebo.” publisher