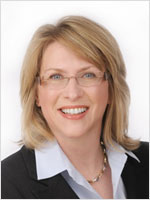 “There will almost certainly be changes to many of the provincial ridings here in HRM – another meeting means another opportunity for consultation with the people who will be affected by new boundaries come the next election,” says Regan. “I felt an extra meeting would offer voters and community members another chance to really influence the makeup of their local ridings.”

Regan says while the additional meeting will be held on Thursday, April 12, details around time and location are still being confirmed by the Commission.

“With an extra round of public consultation now scheduled for mid-April, weather will be less of an issue for seniors who wish to attend and participate,” says Regan. “And when you consider all previous meetings in Halifax were held during the transit strike and over the March Break, this meeting will be easier for more members of the general public to attend.”