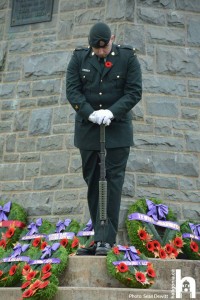 Remembrance Day is of particular significance to Halifax, which not only served an important role in both the great wars, but presently stands as one of Canada’s largest Canadian Forces Base.

Whether you have or have had a loved one in service or not, attending a Remembrance Day ceremony is a powerful and moving event.

*** Update: The Sullivan’s Pond memorial may be taking place at the gazebo this year due to construction.

Here are a few places where you can stop to honour those who have served to protect our freedom on November 11, 2017:

Other events may take place not included in this list.