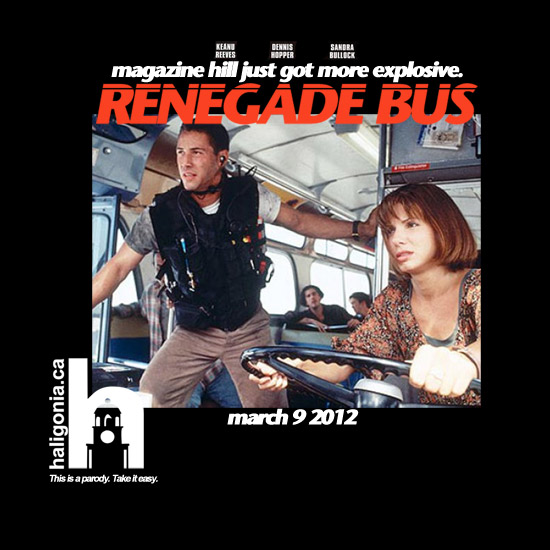 [Ed Note: The site in question is now offline. Guess that solves the mystery.]

The website, busstrike.weebly.com was launched recently annoucing an express bus service travelling from the former Wal-Mart location in Sackville to Scotia Square in Downtown Halifax, with a stop in Burnside each way.  The service begins on Friday March 9th.  Fares are $5 for what the group calls “real world prices for real world service”.

The website’s update page says they estimate $10,000 worth of damage was done to their first motorcoach. 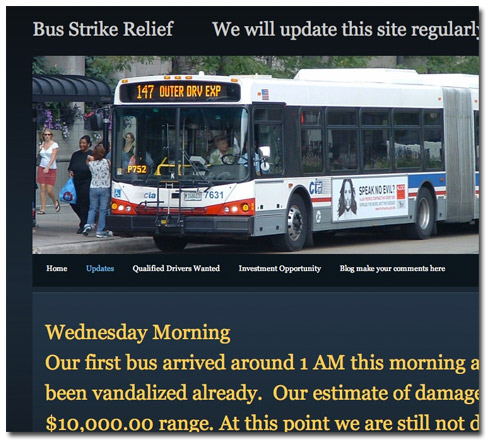 The operators of this proported service are not yet known, and the authenticity of their claims has not yet been verified.

Updated: 1:47pm: Local media is now reporting that there has been no application or license granted by the governing body, the UARB for a new transit service in HRM.

Paul Allen at the UARB confirms that no application has been made for a bus service, renegade or otherwise. #hrmpoli

The following update was posted this afternoon:

We had 5 buses on route to Nova Scotia last night from Quebec, as mentioned the first bus to arrive early this morning and was vandalized. A decision was made by the Quebec operator to turn the other 4 buses around and send them all back to Quebec.
This has hampered our efforts to start up on Friday of this week, we are making all attempts to replace the equipment now.
As to applying for permits we have our lawyers looking at different avenues with regards to operating this service.
It has been suggested that we would be exposed to fines for operating this service. We are prepared to go through the process however we must start things in a timely fashion if that means being issued a ticket than so be it.