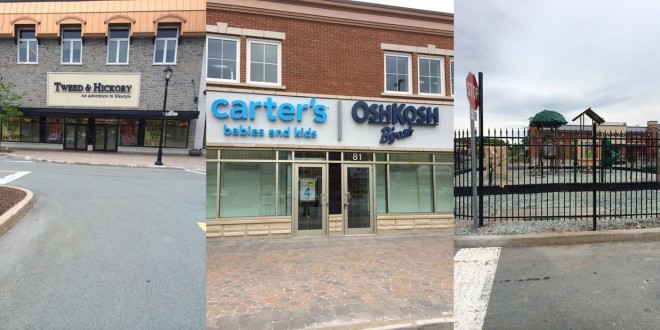 Well the big box garden centres are closing up for the season and Costco has snowsuit for sale so I guess summer is over in the retail world. Sobeys announced there were 50+ stores closing but that was just a post acquisition culling of duplicates out west and in the east they were closing under performing stores, the only cut in NS was the Amherst Foodland.

United Bookstore and Little Mysteries, 2 stores that stayed open as Barrington got lean are both are closing as Barrington continues to be developed.

In Dartmouth Crossing, Tweed and Hickory is closing * Carters/Osh Kosh opened * A playground in the middle of retail parking lot seems like such a bad idea

RUMOUR: Service Canada is moving out of Tower II in Halifax Shopping Centre and it is going to be converted into a single retail space (~47000 Sq.ft). Th at is a big space will be interesting to see what happens with that.

The Pizza Lady from Hells Kitchen in the Marquee Club has a new food truck. FireflyFeast look for it and the schedule of most of the other trucks at http://streetfoodapp.com/halifax

and I continued the new series #HaliFacts 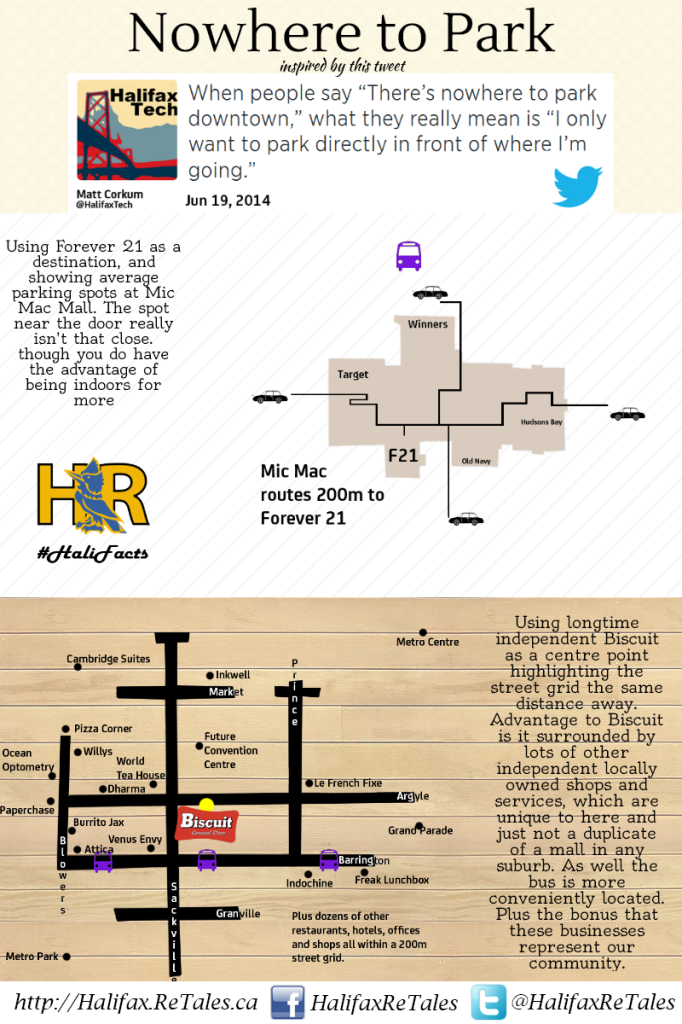