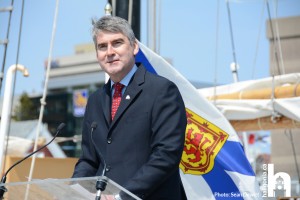 “We’re pleased to have Tall Ships back in Nova Scotia.  We look forward to welcoming sailors and visitors from around the world to our shores in 2017.”

Today on the Halifax waterfront, Premier Stephen McNeil announced today the return of the Tall Ships to Halifax.   An outport program is developed that should see some of the visiting ships seeing several Nova Scotian coastal communities.  As a result, the Premier will provide $1.5 million over two years to help those communities with welcoming visitors and the ships. 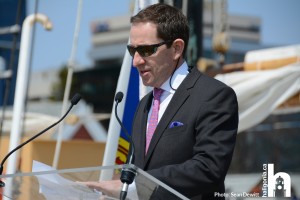 It was also announced that the Bluenose II, Nova Scotia’s sailing ambassador, will take part in the Tall Ship visit.

“Nova Scotia has a proud tradition of hosting Tall Ships events and we are known internationally as a welcoming port of call.  With our rich Maritime history, the Tall Ships backdrop of our community in celebration as we showcase our best entertainment, food, artists and history.” said Jennifer Angel, the acting C.E.O. of Waterfront Development Corp. who are the lead organizers of the event for the province. 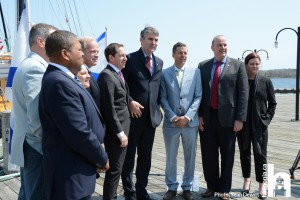 According to the NS Government, Tall Ship visits have always contributed to the economy.  In 2009, the Sail Training International event attracted 94,000 tourists and $32 million in economic impact.  The impact is felt across the province as ships visit other ports, drawing visitors to those other communities.

Sail Training International will be working again with the upcoming event according to Doug Prothero, chairman and founding trustee of STI.

Rendezvous 2017 Tall Ships Regatta is a 7,000 nautical mile transatlantic race which visits six countries.  Nova Scotia is slated to be the start of the final leg of the race.

Dates for all the events as well as locations will be confirmed over the next few months. 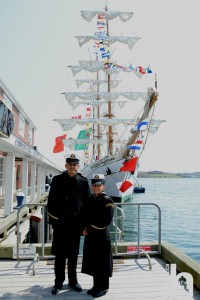