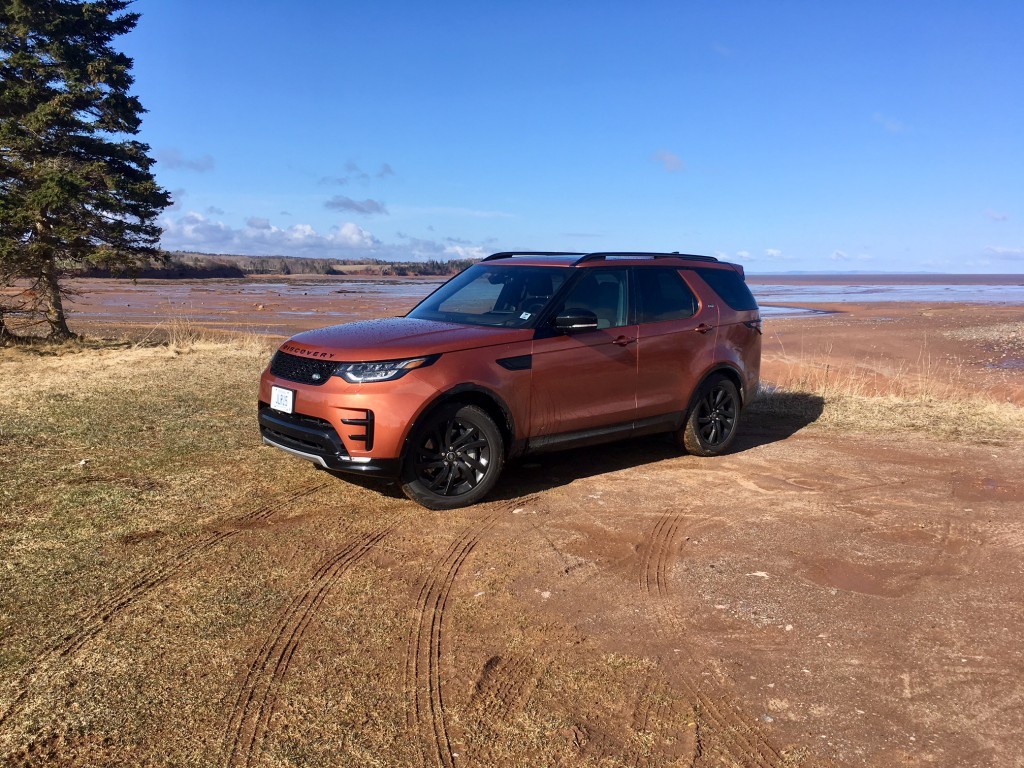 So, that SUV in your driveway? You call that an SUV? This is an SUV.

Sure, yours likely looks the part and has some mild off-roading credentials listed on its resume, but a true SUV, it likely isn’t.

Only Jeep could be able to lay claim as the maker of the rawest SUV out there, but it will still need to fight for that title with Land Rover.

Land Rover, like Jeep, sports an SUV-only lineup and is known for making luxurious off-roading vehicles. The idea of a ‘luxurious off-roader’ is a bit of a strange one upon first glance. Some Land Rover models can retail well into the six-figure range and the thought of putting something worth as much as a small cottage through nature’s worst would be a tough pill for most to swallow.

And while most people think of Range Rovers when Land Rover’s name is brought up, it actually has quite a few models to choose from – all with remarkable off-roading capabilities.

The latest effort from the British brand is in the form of the Discovery, which replaces the LR4. 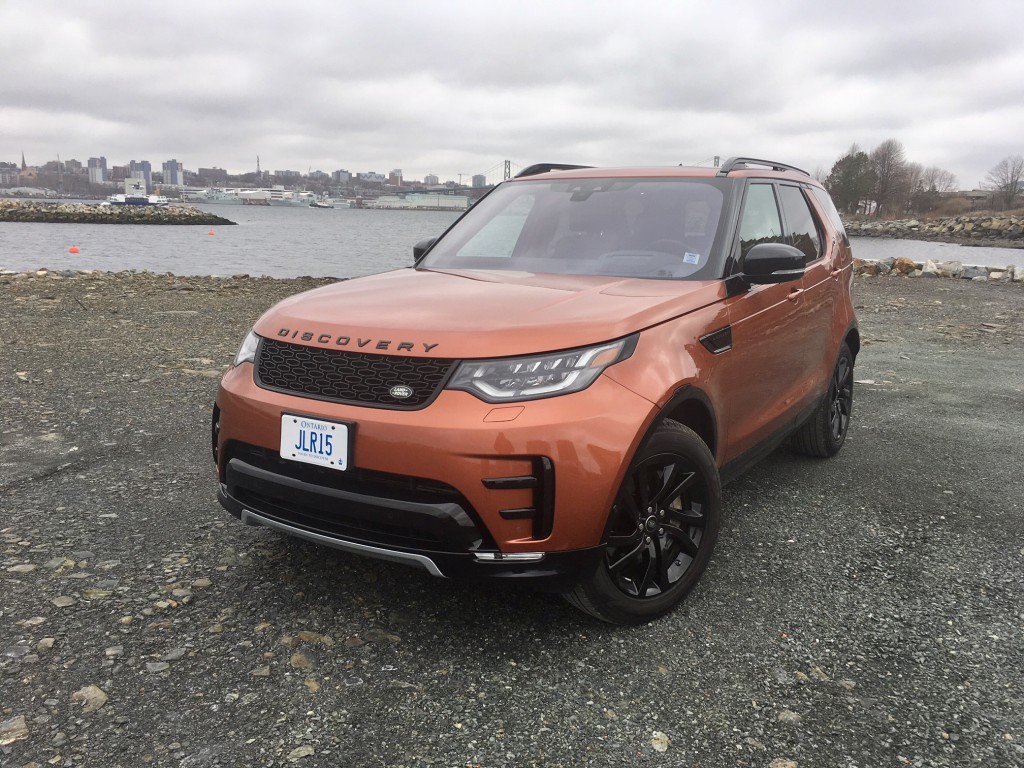 From a looks standpoint, I think it looks fantastic. It’s modern looking all while being easily identifiable as a Land Rover. There are unique cues here and there, but my favorite angle is the from the rear which manages to make a largely square shape more curvaceous – a feat achieved in part thanks to the wrap-around LED tail lights and wrap around rear windshield. But my favourite styling cue is hands down the asymmetrical lines in the rear. It just looks and feels like classic Land Rover. 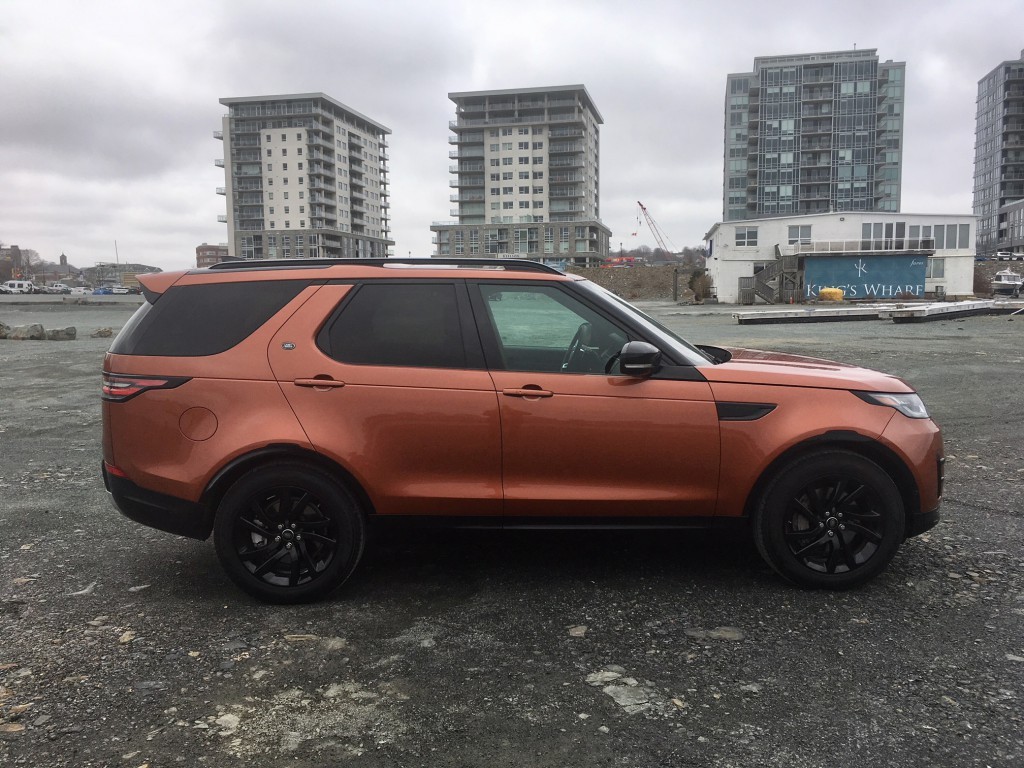 This tester with its Namib Orange paint ($1,840 option) and optional black 20-inch wheels helped it to get lots of attention. Those who came up to ask about it commented on how fancy it looked and how big it is, but its looks aren’t for everyone. My fiancée and future brother-in-law decided, after sizing it up for a couple of days, its looks are not for them. To each their own. 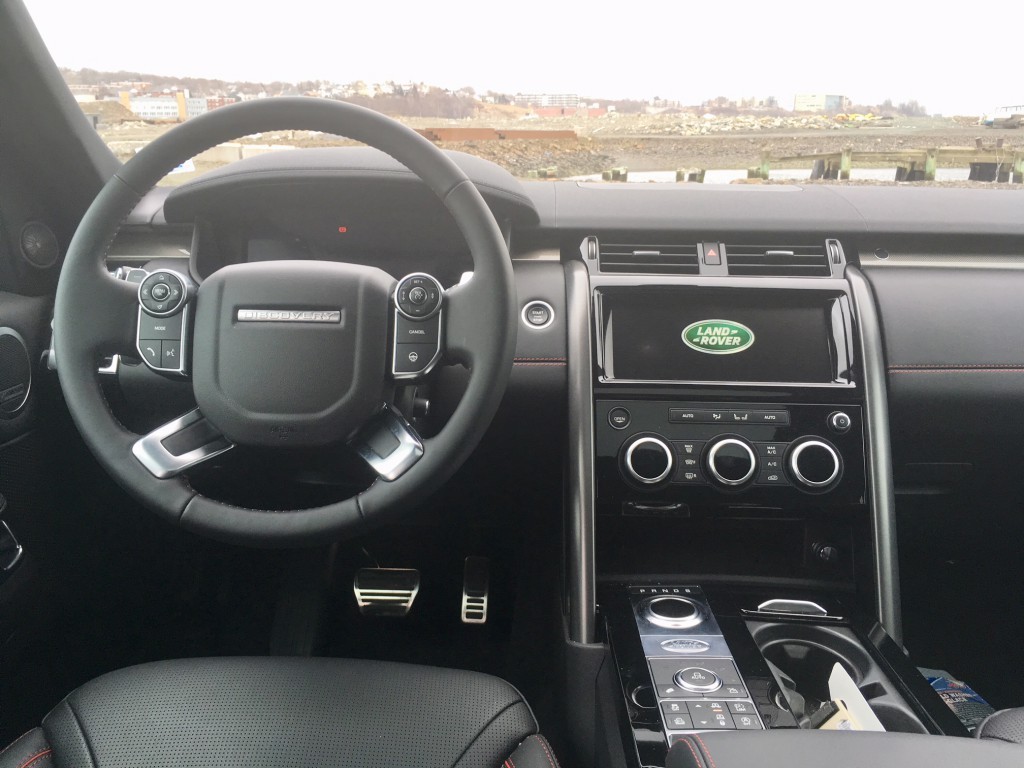 Inside you’ll find an array of buttons which can be overwhelming at first, but generally, the interior is quite a nice place to be. My tester was decked out to the nines which means lots of luxurious features such as power folding seats (both second and third row, which can be done either from the tailgate or up front from the driver’s seat), a crisp head-up display, a 10-inch high definition touch screen, rear seat entertainment and massaging seats to name a few. Though figuring out how to make the latter work is a complicated process. And once I did eventually figure it out, it seemed as if only the passenger side massage would work. 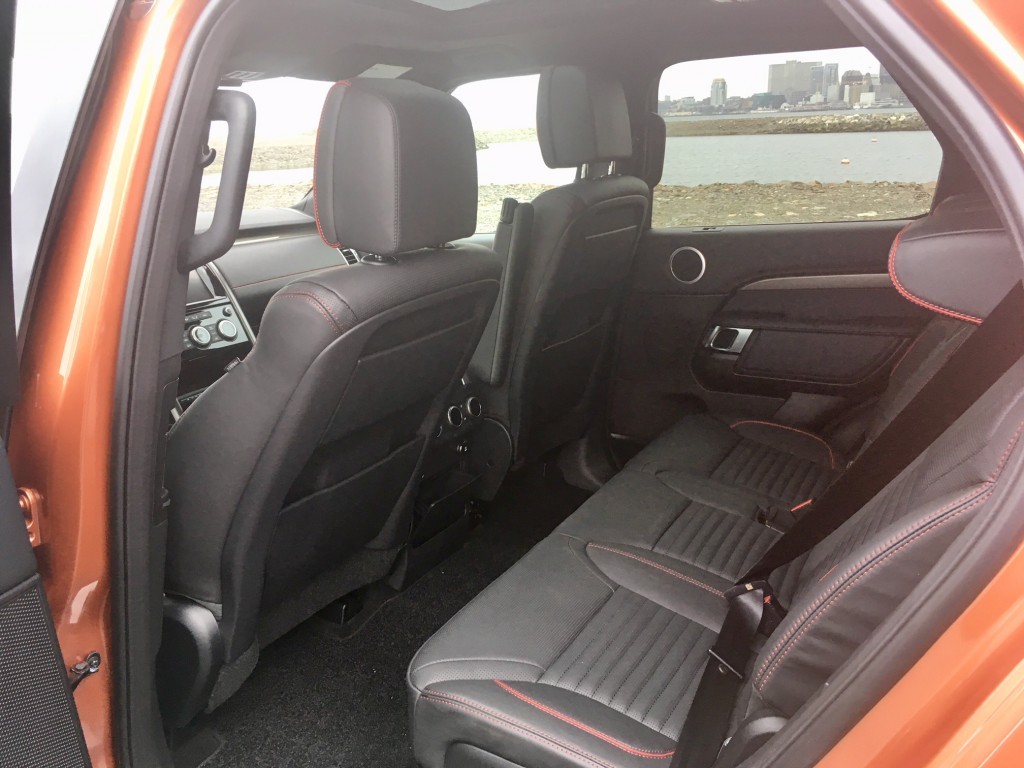 Ergonomics and basic usability of controls are unnecessarily complicated partly to due to the fact that the things that can be operated from the infotainment screen, also have buttons as well for the same functions which makes a lot of it seem redundant. As frustrating as the experience can be, I’m actually a fan of quirky vehicles that do things unconventionally, so the Discovery managed to hit a bit of a soft spot for me. 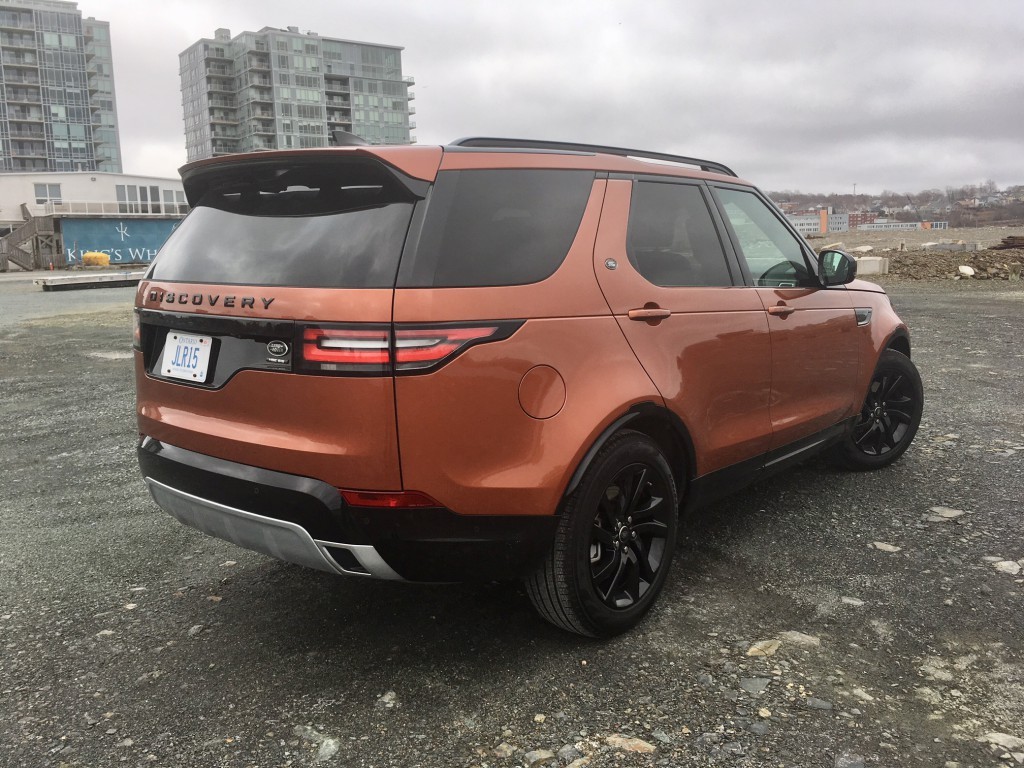 As you’d expect the Discovery is quite roomy inside, though the third-row seats are left best to those with smaller statures. Cargo area is cavernous with all seats down and isn’t bad with all seats up. A neat feature is the automatic powered shelf that folds out as the lift-gate opens. This makes it easier for you to slide things in and out and it doubles as a protector of the rear bumper against any scratches. It also makes a decent little seat for tailgate parties. 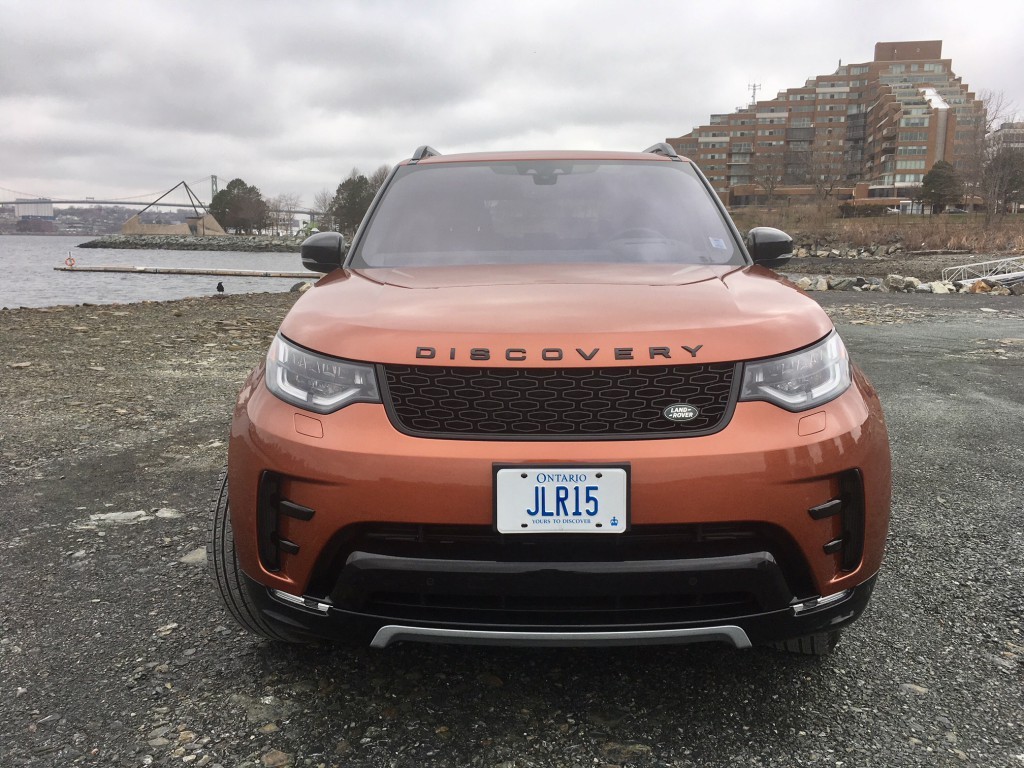 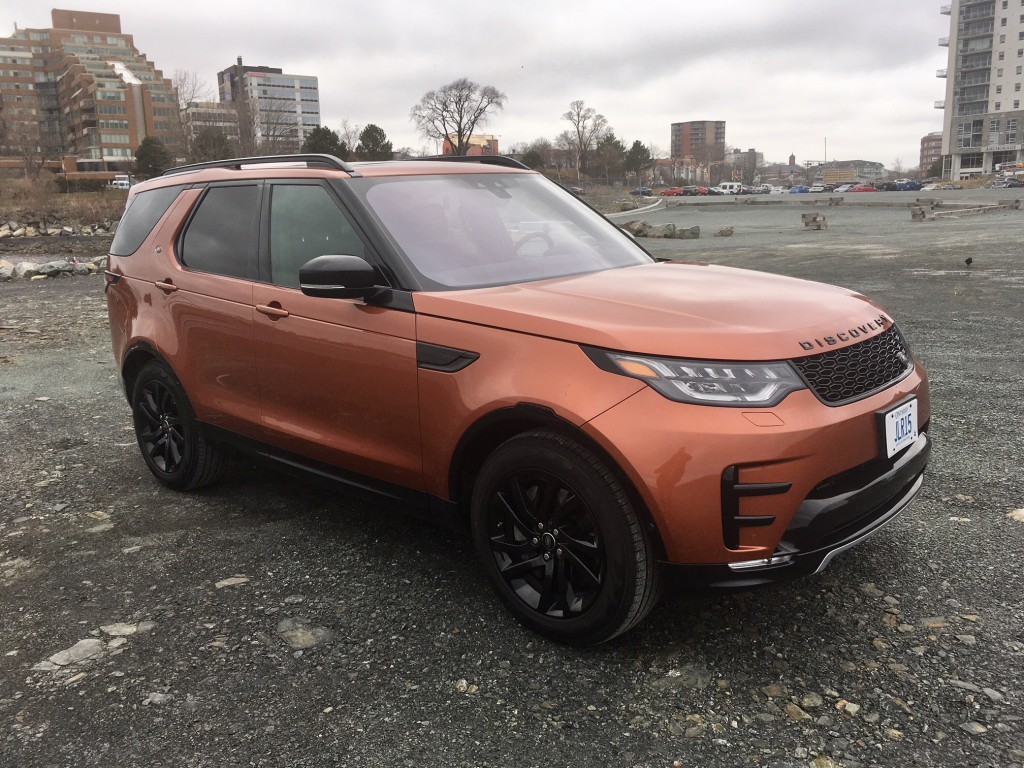 There’s certainly no shortage of power coming off the line, but due to the Discovery’s heft, acceleration doesn’t feel particularly brisk. There’s plenty of power to be sure, it just isn’t delved out with any sort of urgency. Also, there was there was a noticeable delay from when you hit the throttle to when the Discovery propelled itself forward. This is likely something done on purpose for ease when off-roading, but when on the pavement it made for a bit of a jerky ride. Match it with an unrefined engine stop-start feature and you’ll quickly realize that the Disco has other fortes. But once it is up and running, its road manners become much more civilized. 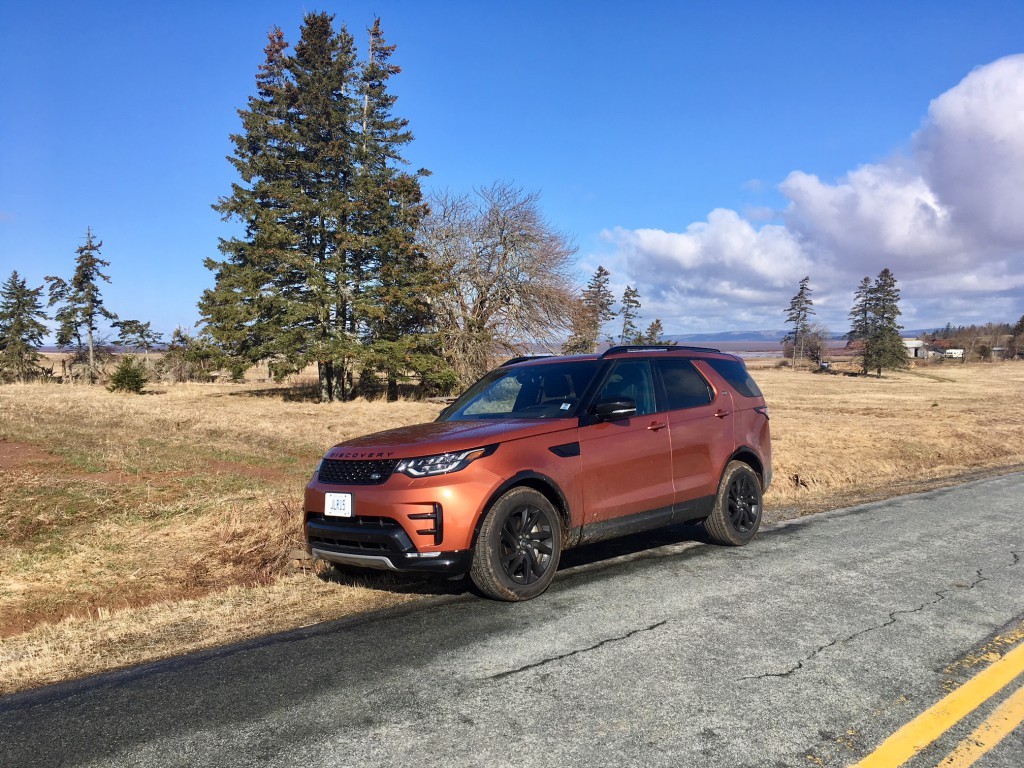 Being an all-star off-roader, the Disco comes with different selectable driving modes depending on the terrain. It also has adjustable suspension. With a push of a button, you can raise or lower the suspension depending on the situation. I took advantage of this feature in the congregate jungle, believe it or not, as I was able to hop over curbs, speed bumps and potholes with ease.

I did have the opportunity to do some mild off-roading and as expected the Discovery handled it like a champ. 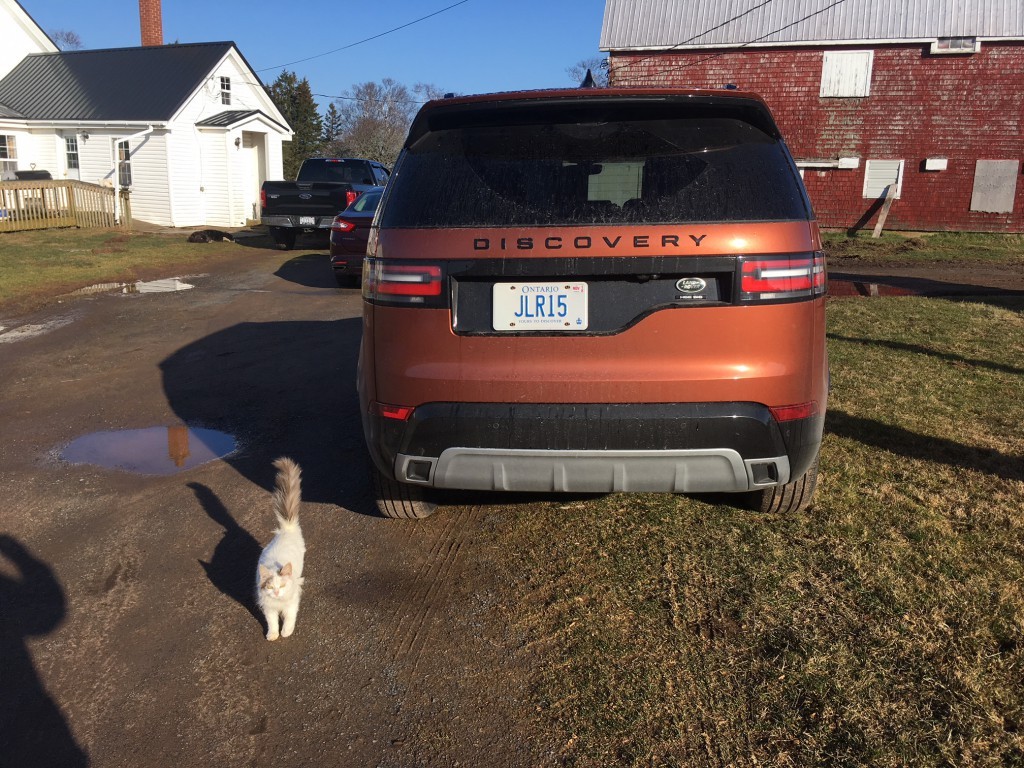 On a trip to my fiancée’s farm, the Discovery proved itself to be a capable highway cruiser. Power is on tap whenever you need it for passing, and the array of driver aids including adaptive cruise control, lane keep assist, the aforementioned head-up display and more help make long distance driving an agreeable affair.

Taking a corner is, as you’d expect, not one of the Discovery’s strengths. If you attempt any sort of spirited cornering, the Disco’s body lean will quickly talk you out of it. Even making simple right and left-hand turns around town become something you need to be mindful of. To be clear, I didn’t once feel as if the Disco would tip or lose control, it just very clearly needs to be driven with its high ride height in mind. 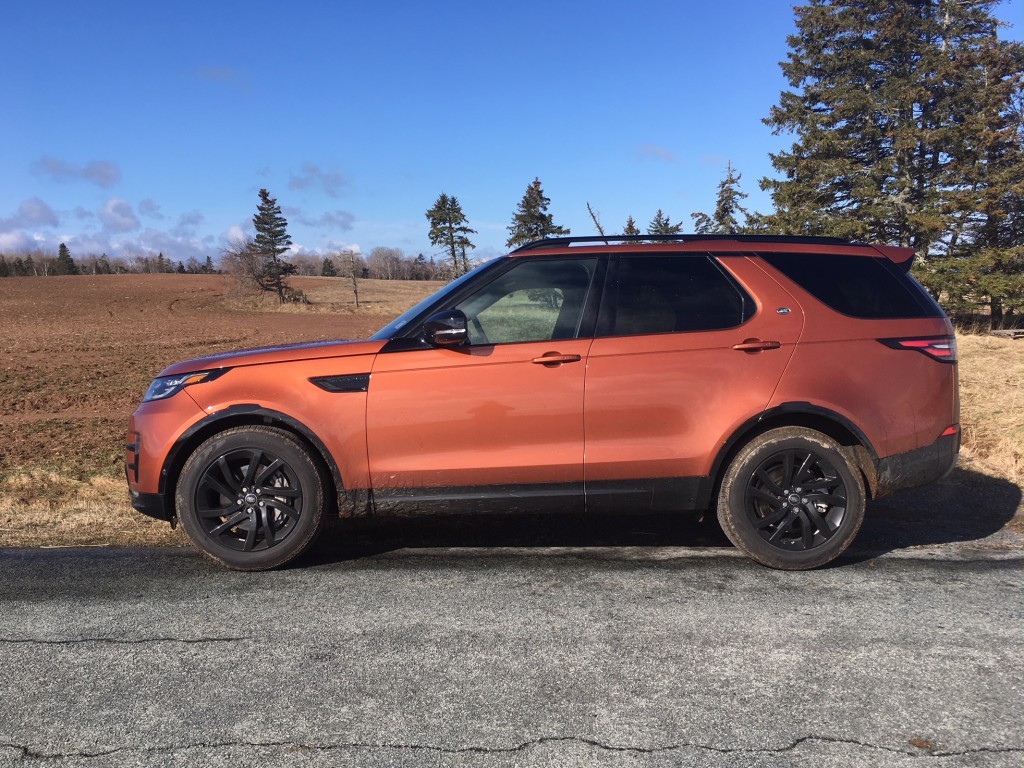 Parking the Discovery is easy thanks to lots of aids in the form of sensors and cameras. At this price point, however, one thing I would expect is a top-down 360 view camera.

If fuel efficiency is a concern, you probably shouldn’t be driving an SUV in the first place, but I suppose there still is that diesel option. Otherwise, you’ll get a bit of a shock at the pumps if you go with the fuel chugging supercharger. Still, after a week of mixed driving, I returned 12.5 L/100 kms, which really isn’t completely terrible considering how big and heavy the Discovery is. 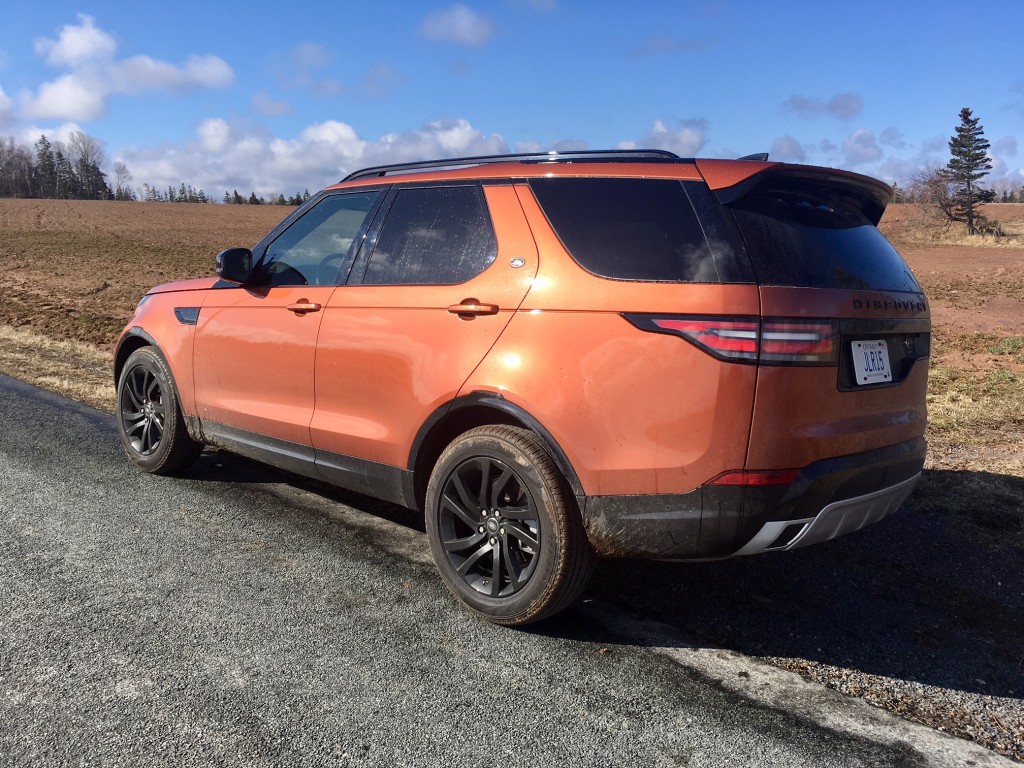 As much as I rather enjoyed my time with the Discovery, there were a few issues. As mentioned, the massage feature for the driver’s seat didn’t appear to work. The keyless entry system probably worked on the first try maybe 40% of the time, and on two occasions the engine start-stop feature turned the vehicle off completely instead of just cutting the engine. I had to restart it manually, wait for the gear lever to rise up from the consul a before I could get going again as people behind me showed their support with angry car honking. 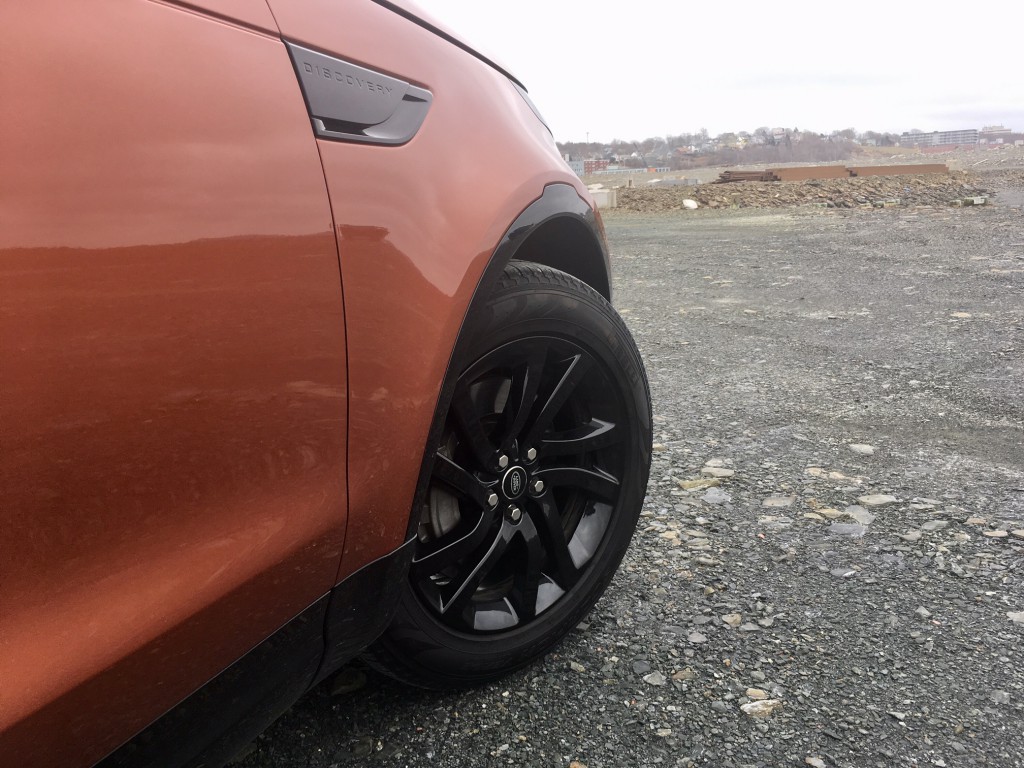 But overall, I came away a fan. Those who know me know I am no fan of SUV’s, that is, unless they’re done properly like this one is. Sure, it has frustrating elements here and there, but its charm in the form of quirky mannerisms and decent capabilities on and off-road end up negating most of its faults. 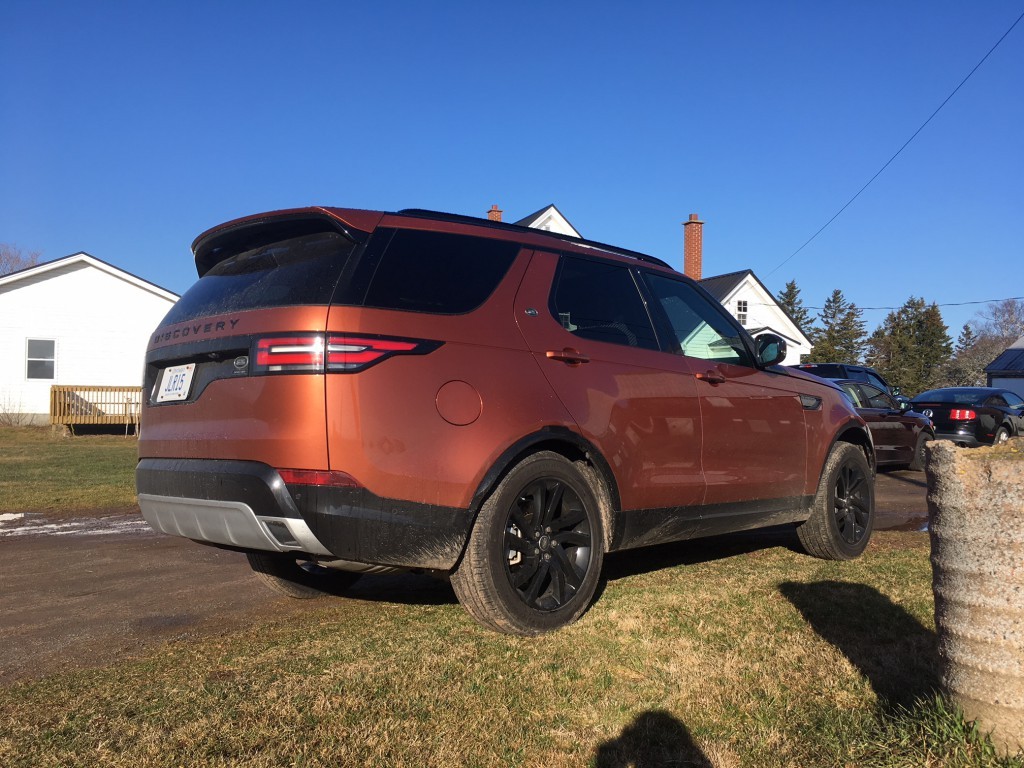 So while the Discovery will seldom see any true off-roading paths while in its owner’s possession, it does still appeal in other ways. And given this is the first Land Rover I’ve ever driven, the Discovery has energized my thirst to try out other models. 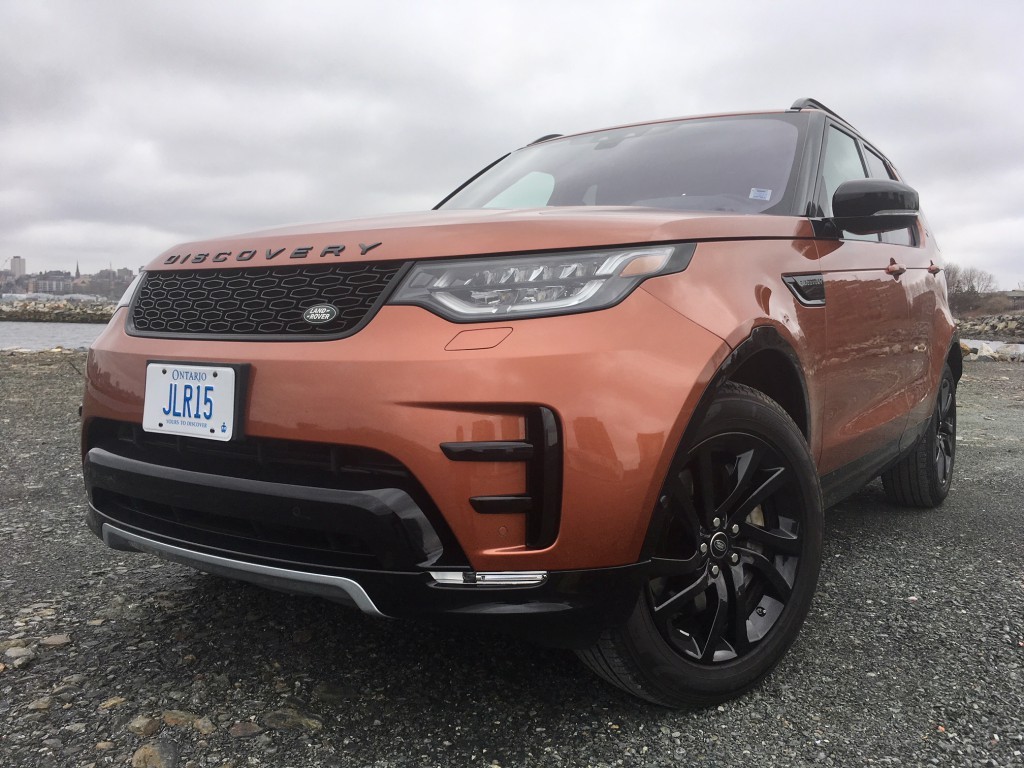 If you’ve got the dough and are the type that prioritizes style and high stature within society, the Disco checks all the right boxes. You can tell your friends at the golf course how capable your ride is, even though you won’t actually ever take advantage of it.