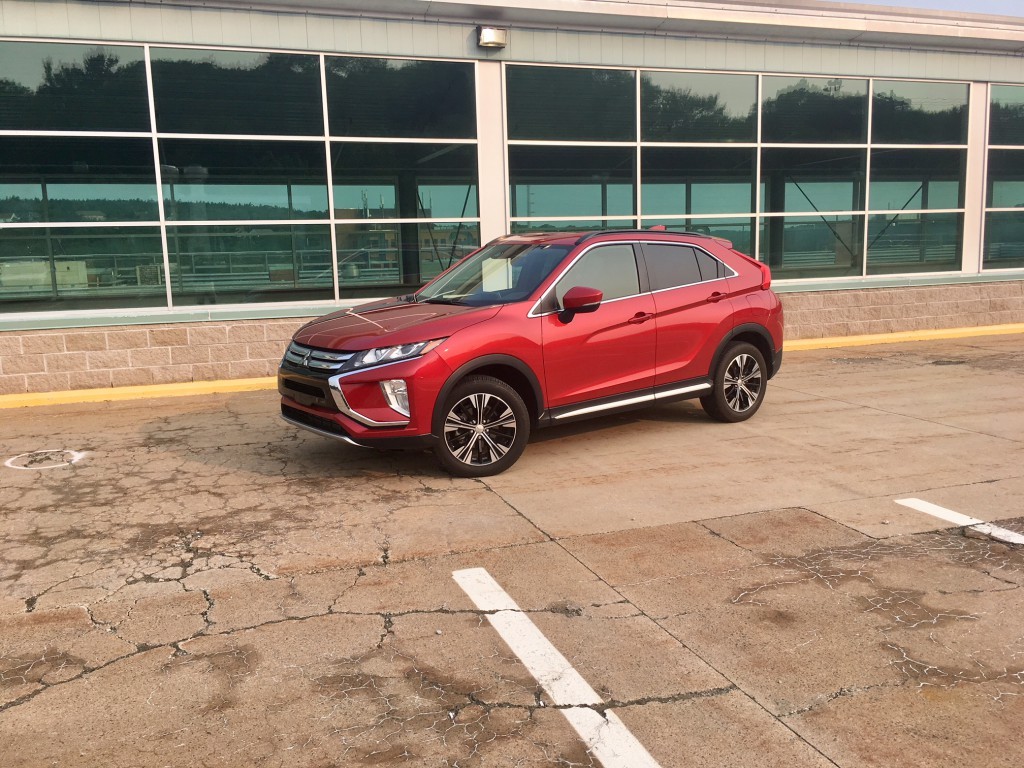 I’ve always had a bit of a soft spot for Mitsubishis, but explaining why has always been a bit difficult. It’s not as if their styling is particularly enticing or that the way they drive is at all thrilling (Lancer EVO excluded, of course).

Perhaps it’s the ‘rooting for the underdog’ mentality that many of us adapt during sporting events. Size-wise, the Japanese automaker occupies a very small portion of the automotive market. That means it doesn’t have the type of money to play with that Honda and Toyota do. At least, not until now.

Renault-Nissan have taken Mitsu under its wing buying a 49% stake in the company. What does that mean? Well more than likely it means we’ll be seeing a lot more Renault-Nissan DNA injected into Mitsubishi products. This will help to diversify Mitsu’s portfolio, all while adding a lot more new tech and engineering to its products.

That’s generally a good thing, however, it now likely means that the latest product to wear the Mitsubishi badge might be the last ‘true’ Mitsubishi. And that product is sporting a familiar name: the Eclipse.

Obviously it is not the two-door coupe/convertible that we’ve all known and uh, accepted. By adding the word “cross” to the name, Mitsubishi hopes to tap into the hot crossover market. 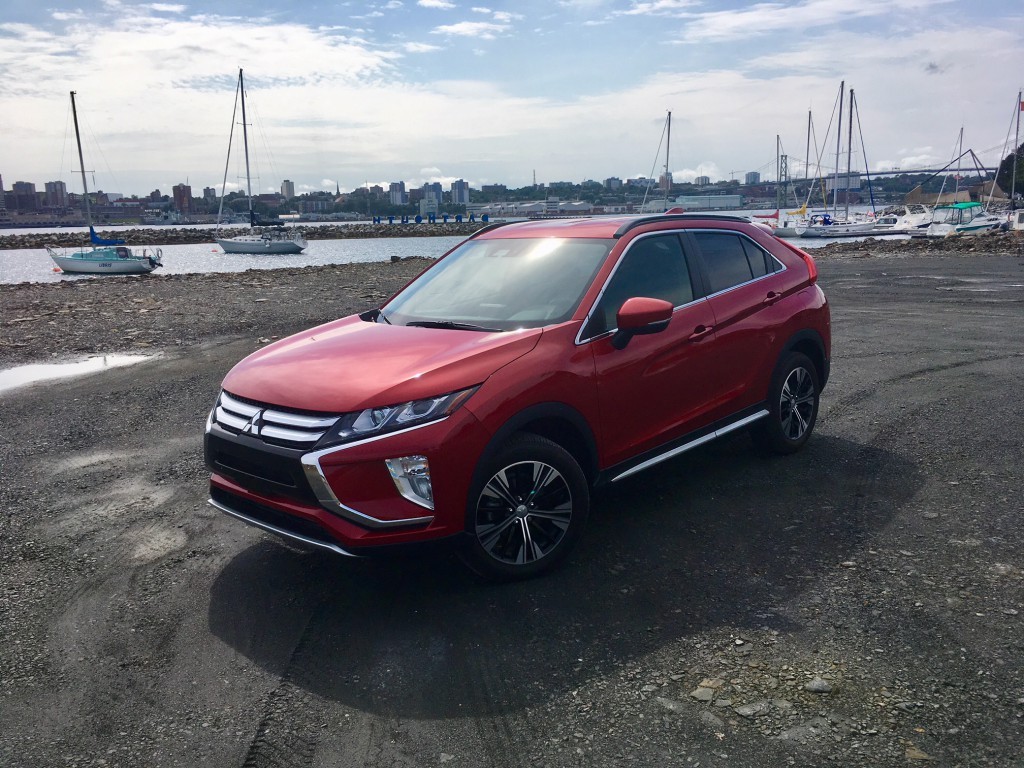 The Eclipse Cross certainly couldn’t be classified as boring when it comes to exterior styling. It’s as if Mitsubishi took the overall general shape of Lexus crossovers and then went ahead chiseling away at it. The front end adds Mitsubishi’s corporate styling including the chrome grille and shapely chrome inserts on the bottom. Rather sharp looking 18 inch wheels (standard on all trims, by the way) help tie together the sharper angles of the side profile, while the elephant in the room is happy to greet you at the rear. This has got to be one of the most polarizing rear end designs I’ve seen in a while. It’s almost like a blend of Honda CRX and Pontiac Aztec. It’s easier on the eyes in person, but it still takes some getting used to. 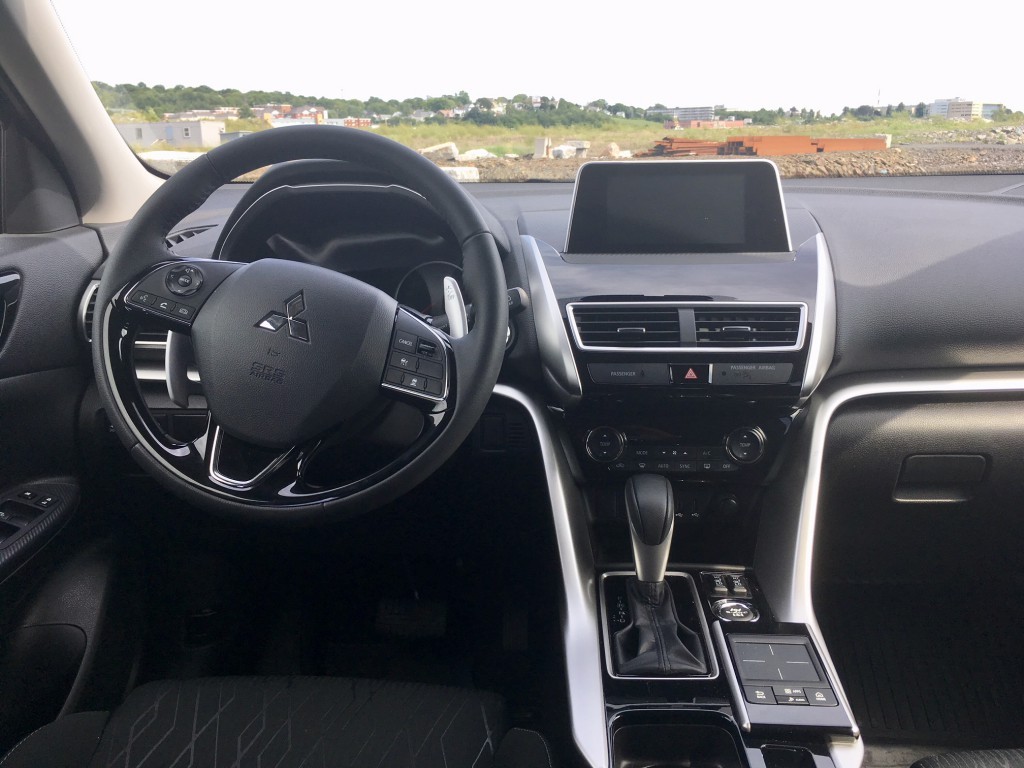 Inside, Mitsubishi seems to have borrowed a page from Lexus here as well, though just in terms of style. The centre stack seems similar to those found in Lexus products and there’s even a mouse pad to control the infotainment system – something Lexus introduced a couple of years ago. Some gloss black trim pieces and a leather wrapped shift knob keeps the Eclipse Cross’ interior from feeling too drab, but with all the plastics and black colours, it doesn’t feel especially rich or luxurious. Upper trim levels get dual moonroofs which should help it feeling less dark. 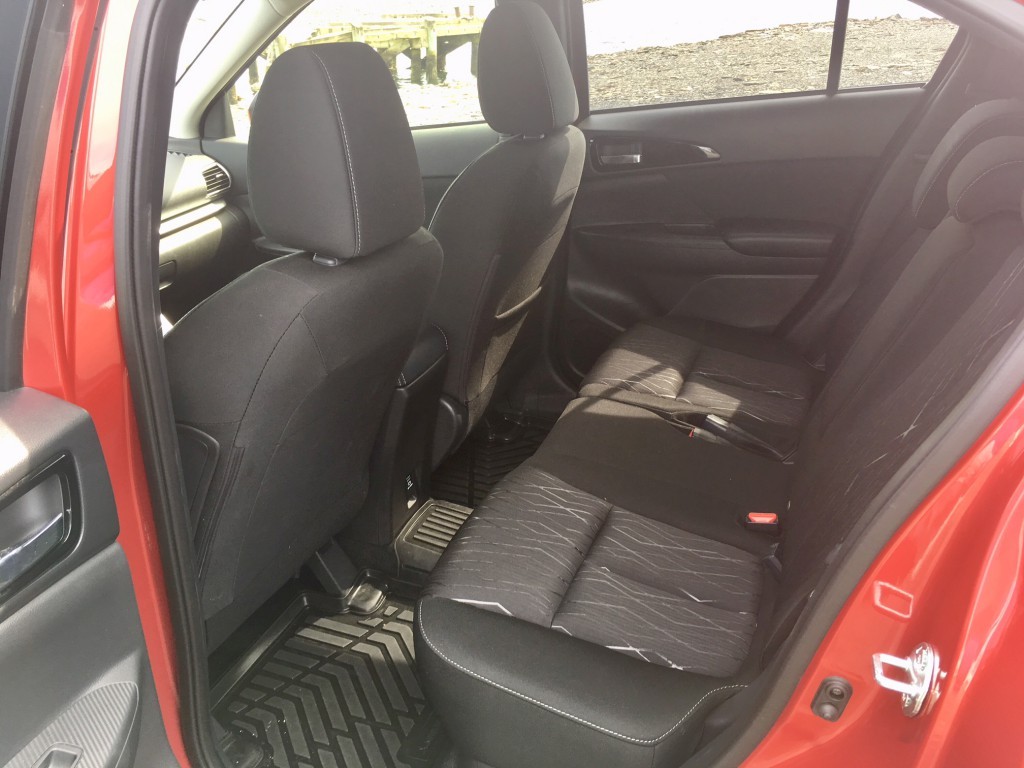 With that said, it doesn’t feel bare bones either.  You can also get leather, adaptive cruise control, heated seats, bluetooth and even Apple CarPlay, just to name a few.

But getting back to the aforementioned infotainment system, it doesn’t seem to be nearly as intuitive as other systems. Firstly, the layout is strange and operating it is controlled by both a touch screen and the mouse pad – your choice. When using it as a touch screen, it’s a very long reach since the screen is affixed right on to of the stack. On top of it all, there’s no physical buttons or knobs which means there’s no volume knob. I cannot believe that Mitsubishi didn’t learn from Honda’s experiment with axing the volume knob (the backlash was so severe that Honda has now brought the volume knob back), but even more perplexing is the placement of the volume controls which are on the right side of the screen, i.e. well out of the reach of the driver. Yes, you can also control the volume from the steering wheel, but come on. This is one of the worst offences of volume control I’ve seen in a while. Using the mouse pad isn’t particularly easy to get used to either. I’m sure you’ll eventually get there, but it will take a lot of fidgeting around. Luckily, response time for the infotainment is good. 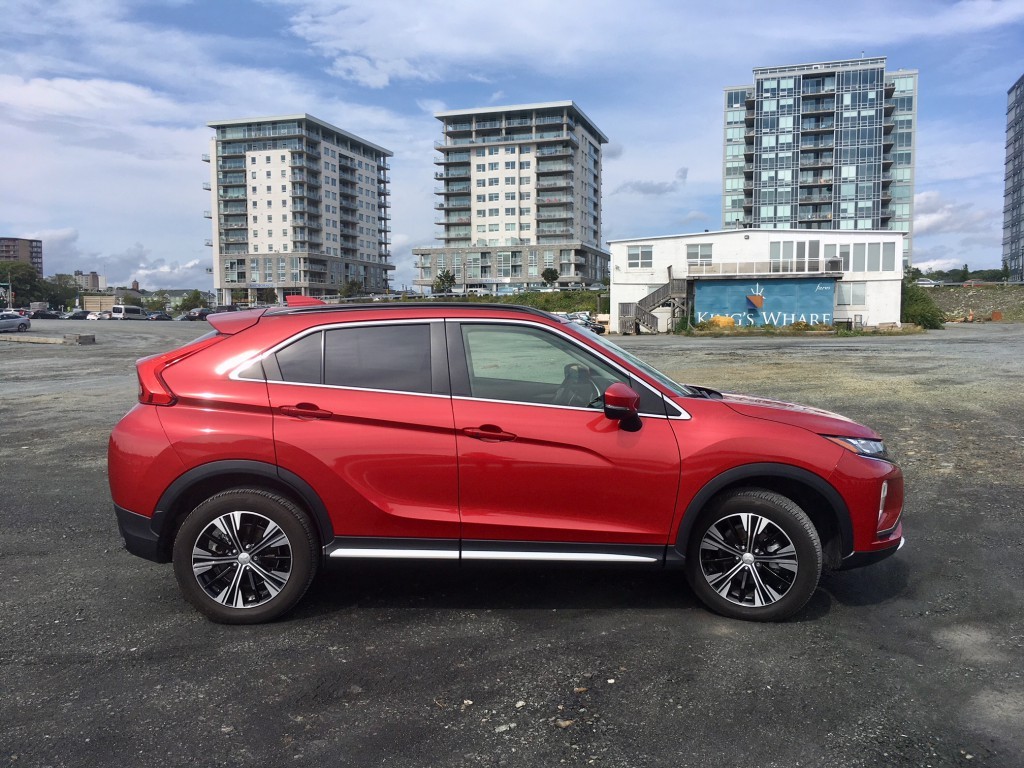 The Eclipse Cross offers plenty of room both in the front and in the rear and seat comfort is also good, though I wish I had more thigh support as the driver. The rear seats can be moved both fore and aft, a good eight inches, so even if you somehow don’t have the legroom you desire in the rear, you can actually adjust it. The only issue I found with this is if the seats are moved up closest to the front seats, it leaves a sizeable and awkward  gap when the rear seats are folded down. I can definitely see smaller items falling in between said gap. Still, with the seats down you’ll net a generous amount of cargo room – plenty for most. 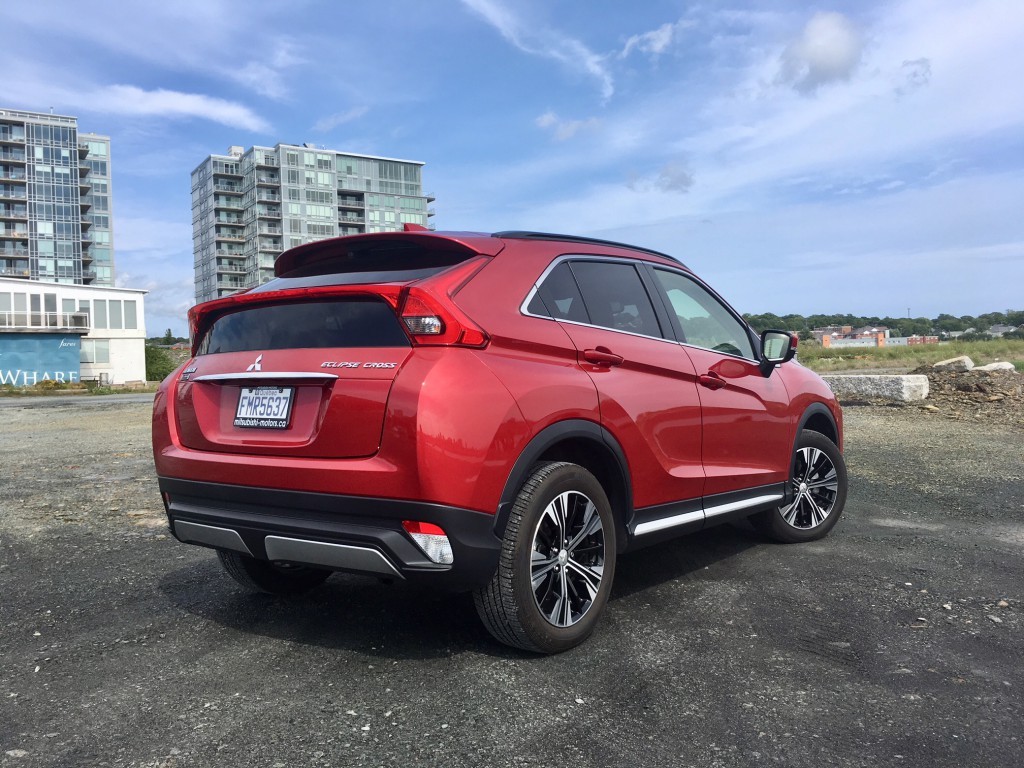 Only one engine is available for now and it’s a 1.5 litre turbocharged four cylinder which is good for 152 horsepower and 184 pound foot torque. That torque number is what you should be paying attention to because not only is it the most torque offered in its class, but it makes all the difference between the Eclipse Cross feeling soul sucking, and it feeling peppy and spritely. There’s plenty of low end power, meaning you can confidently get from one light to another without feeling as if you’re really giving it the beans. This engine is even mated to a continuously variable transmission (CVT), which ordinarily sucks out any sort of fun, but this CVT isn’t too bad at all. The only time it feels as if it’s nannying a little too much is when you keep the vehicle in eco mode. But overall, this is a solid unit. 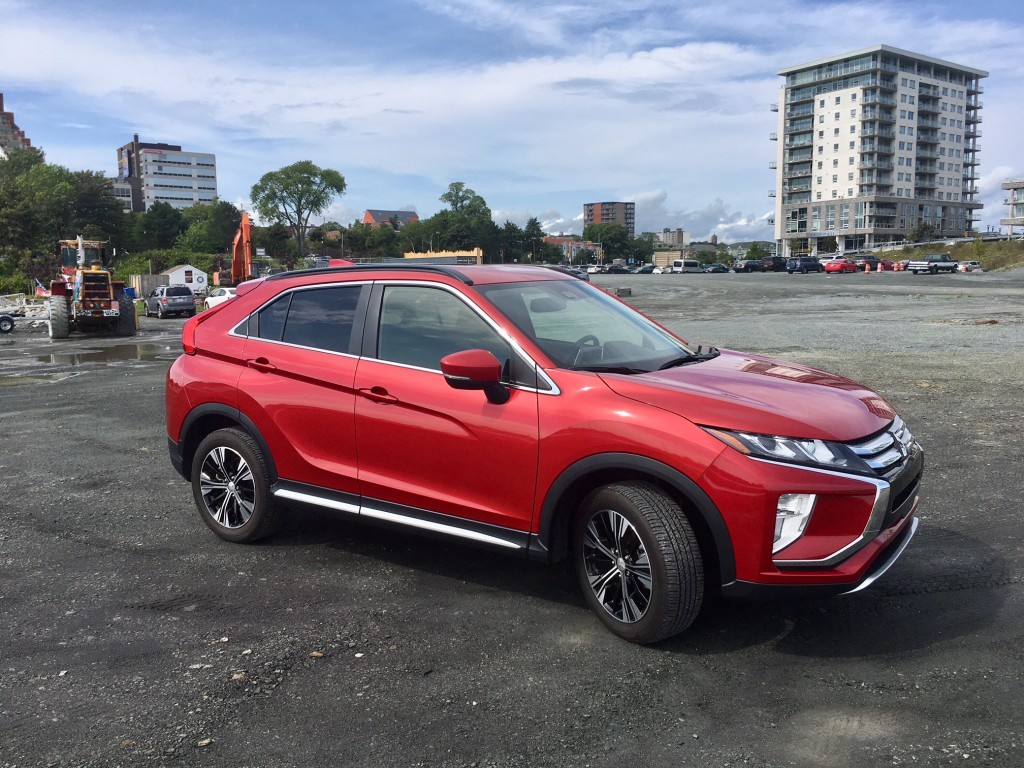 It should also be noted that every single trim of the Eclipse Cross gets all-wheel drive (or all-wheel control, as Mitsubishi calls it), even the base trim. The system can be altered depending on the conditions and a large button near the mouse pad allows you to cycle through gravel, snow and auto. I think most will keep it in auto and forget it, but good to know there’s a snow button available for us Canadians. 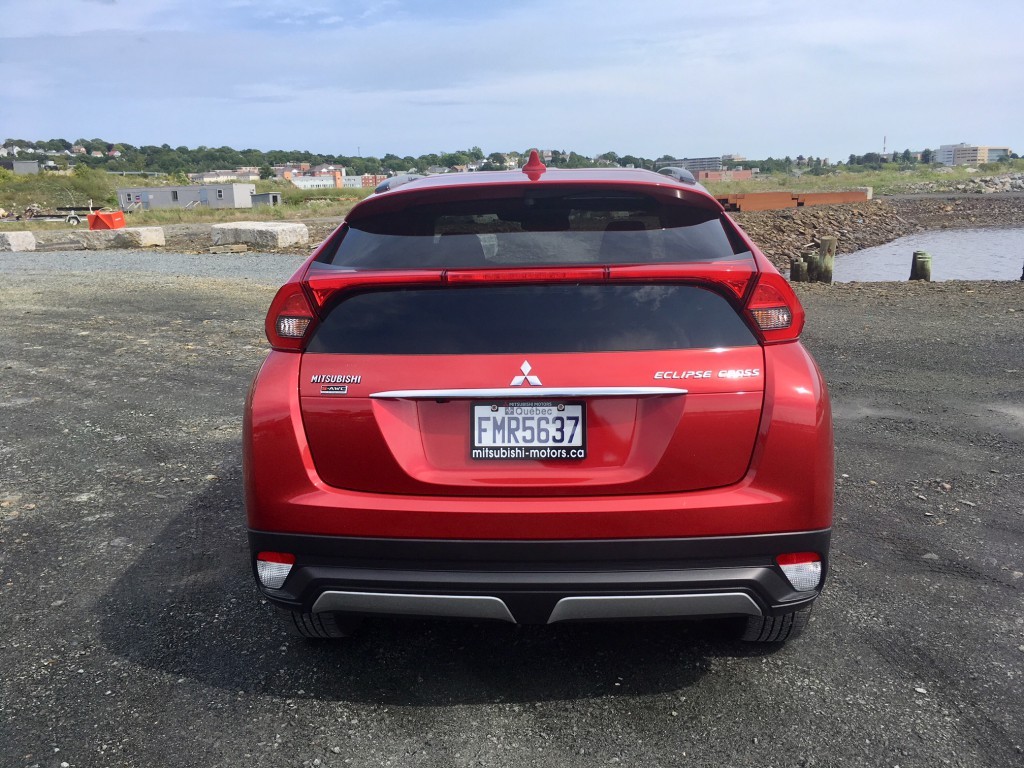 In the corners, a fair amount of body roll can be felt and the steering feel is close to nonexistent with a fairly dead on-centre feel. That means any sort of spritely fun is fairly compromised, but it isn’t as if the Eclipse Cross feels unstable either. In fact, it feels much more at home on the highway with smooth and solid mannerisms. The engine tends to quiet down a lot more on the highway as well, and again, thanks to all that torque, passing power is there when you need it. But in general, it’s clear that the suspension has been set up for comfort, not enthusiastic driving. As such, bumps and potholes in the road are rarely a match for the Eclipse Cross. 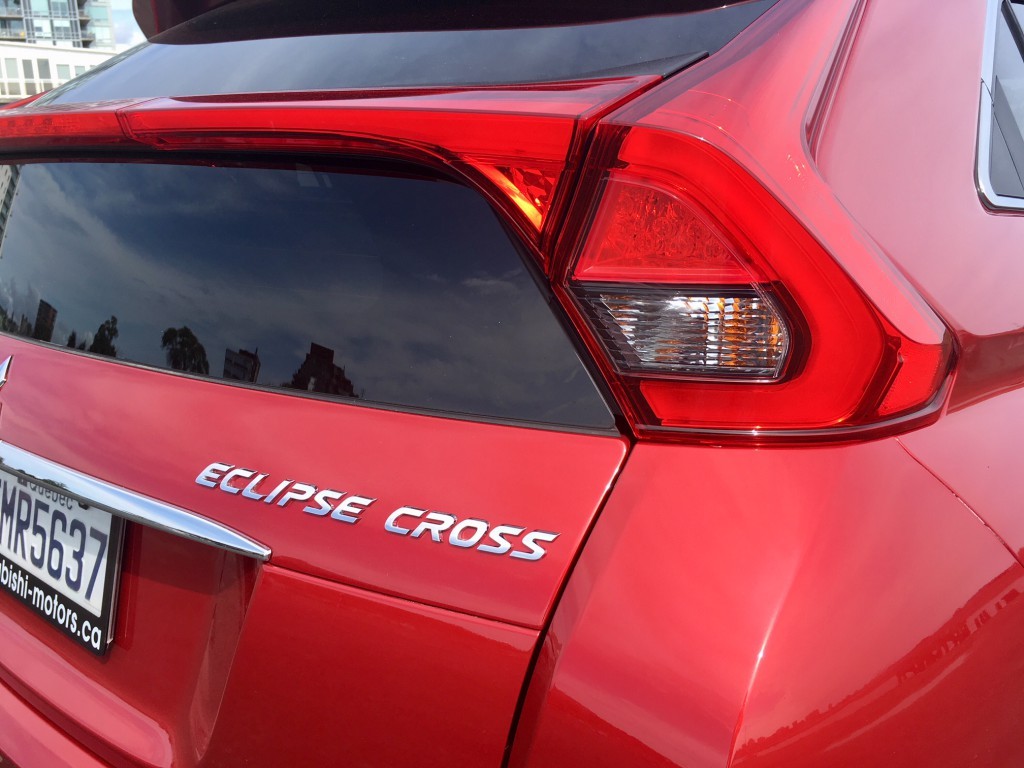 Around town, the Eclipse does well too with outward visibility being great, though the same cannot be said of the rear where there are large blind spots and a bar right in the middle of the rear windshield, which houses the third brake light and reflector strip. Thankfully a rear camera, cross traffic sensors, blind spot monitoring and large side mirror help to negate the style-over-function in the rear. 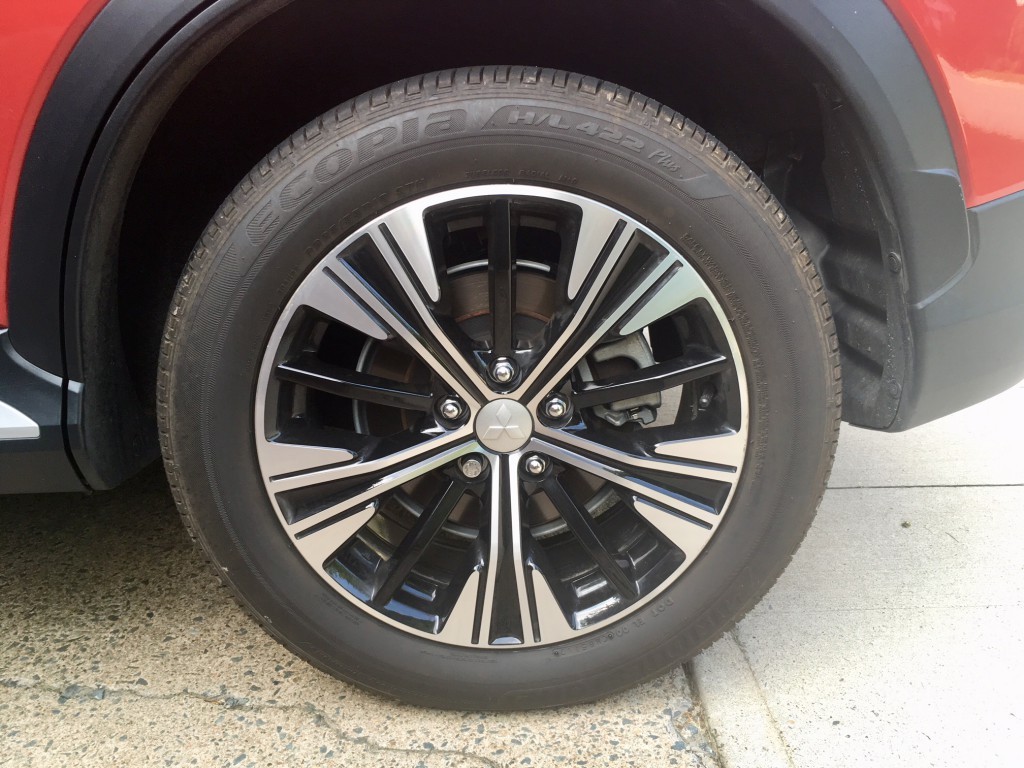 Fuel consumption figures officially come in at 9.6 L/100 kms city and 8.9 highway. After about five days of some mixed, but mostly city driving, I was able to return 9.0 L/100 kms which is fairly decent. 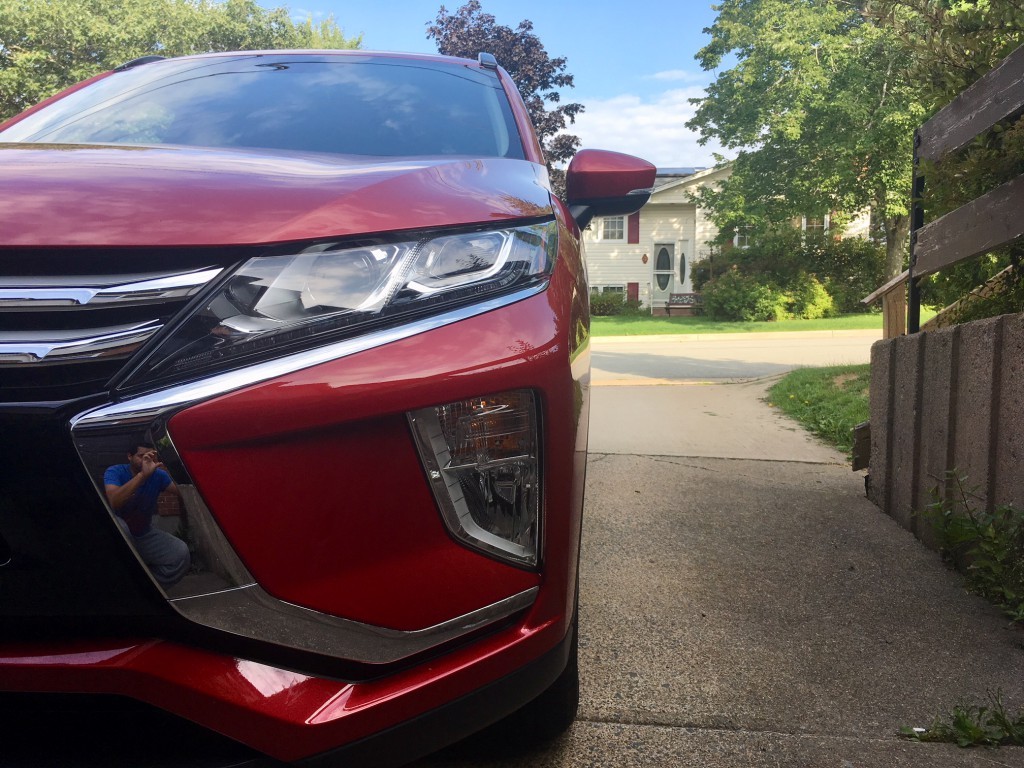 And fairly decent is a good way to describe the Eclipse Cross overall. There’s plenty to like and indeed there’s plenty that it does well. The question is, is it enough to lure loyalist buyers away from their Subarus and Hondas. That remains to be seen, but for now, the one of the last ‘true’ Mitsubishis is certainly worth some consideration, especially when it comes with Mitsubishi’s famous warranty protection. 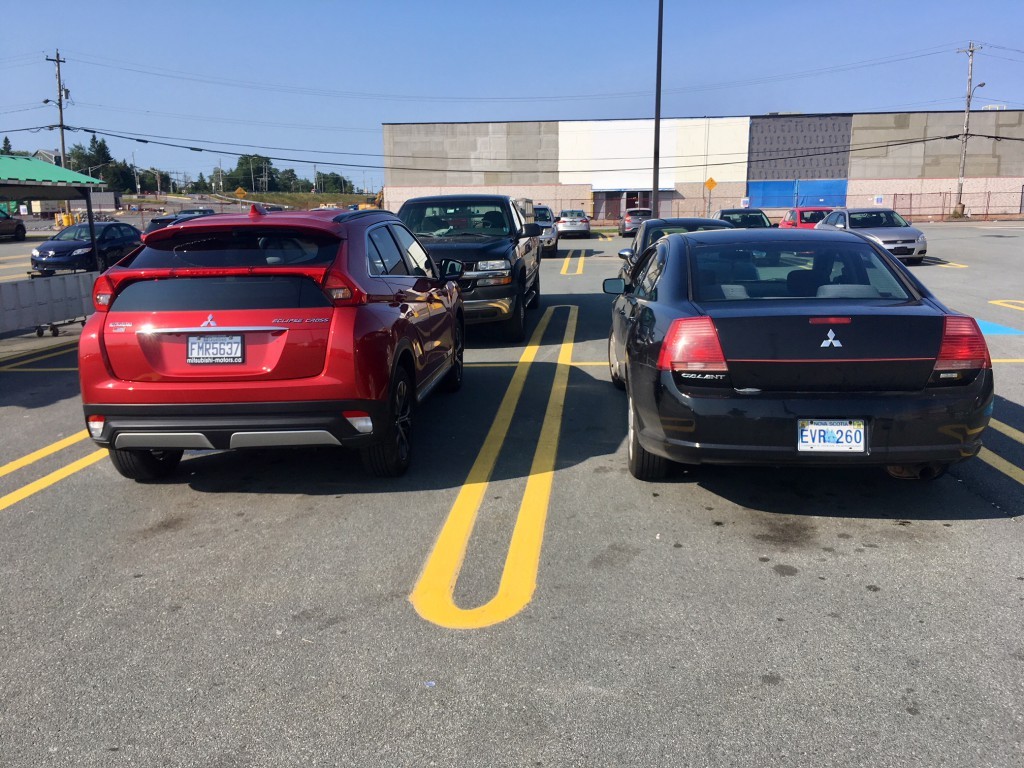 But if Mitsubishi is able to up the quality and overall feel, along with more engaging performance and some extra value added goodies thrown in, they’ll have a solid offering on their hands worth checking out. 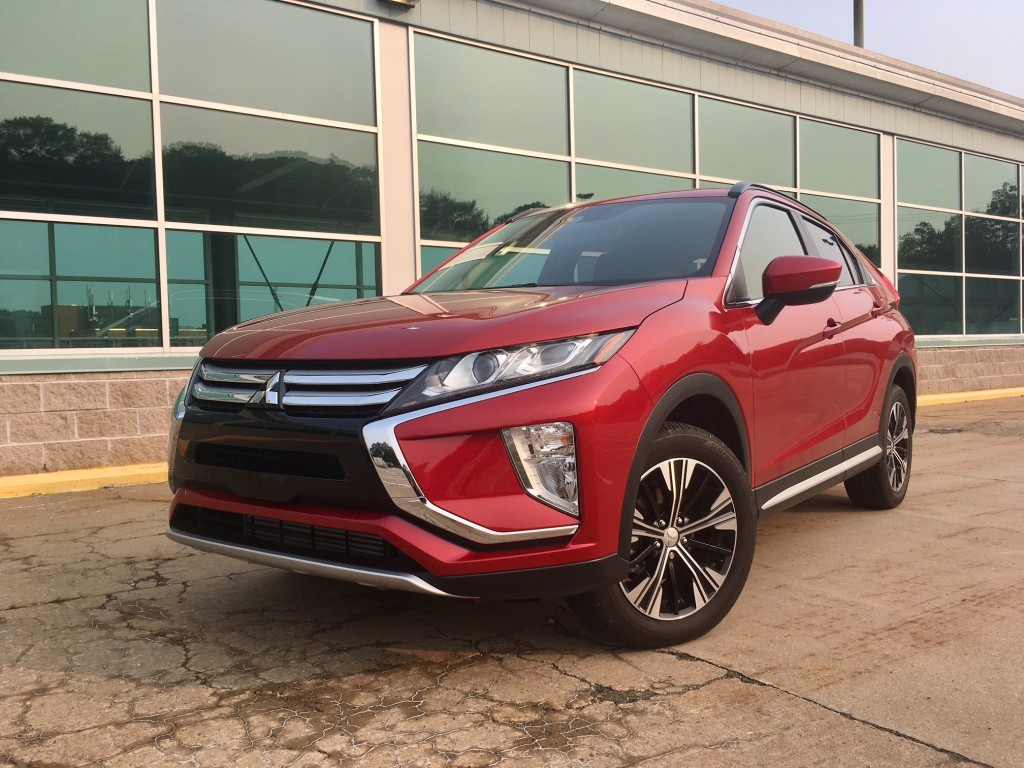