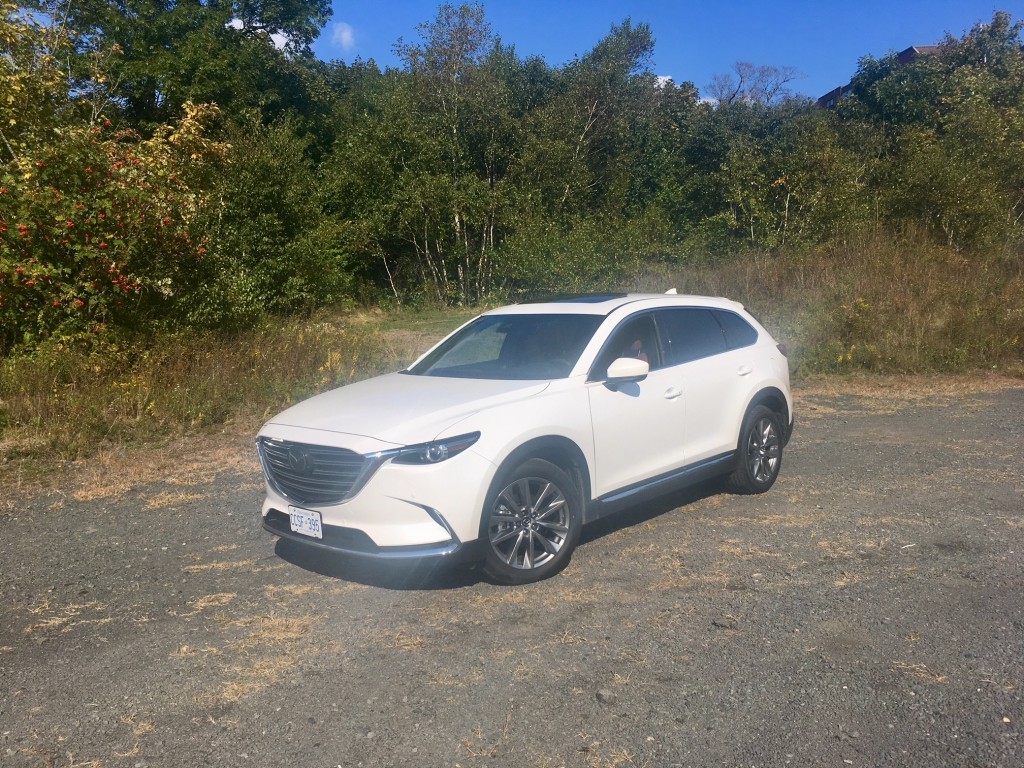 It was around this time last year that Mazda Canada sent a red CX-9 GT to my driveway for a week’s worth of driving and review.

Here we are again, with another CX-9, this time in Signature trim, for my thoughts. But why? When you compare both the 2018 and 2019 models side-by-side the are visually identical. Well, Mazda has indeed made a few significant changes that go beyond cosmetic changes. 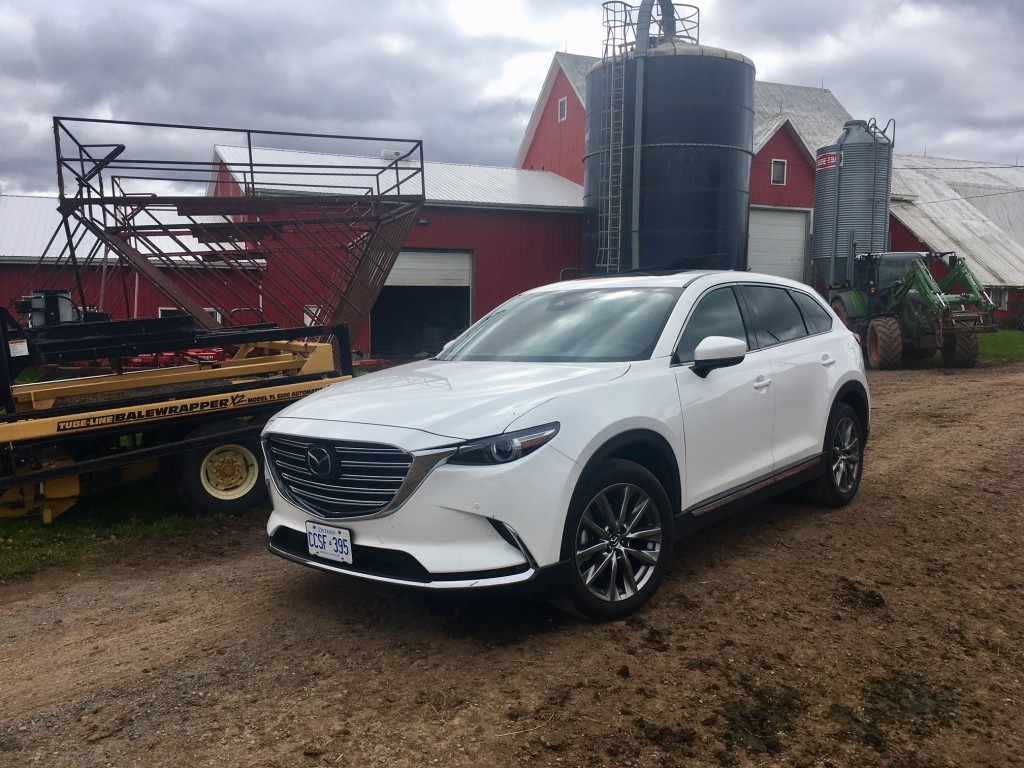 As such, I won’t be dwelling too much on the exterior looks – not that there’s anything to dwell about. It’s still one of the better looking vehicles in the segment and still looks fairly fresh. Of note with the CX-9 in Signature trim is LED lighting along the other side of the grille which illuminates when the headlights are turned on. This helps give it a premium look and lets everyone know you paid the most you can possibly pay for a Mazda. 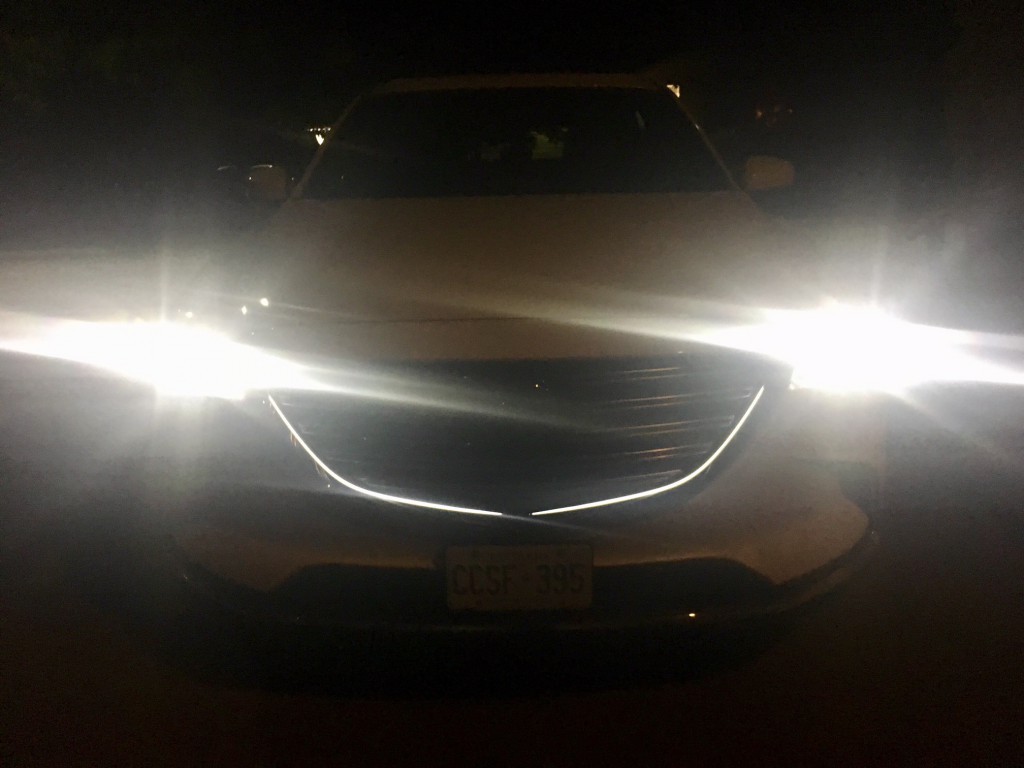 Inside, the Signature trim adds premium niceties such as rosewood trim and Nappa leather with premium stitching. Matched with an attractive and functional design and you could easily swap the Mazda logo for one of the premium brands from Japan. All this is to say, the CX-9 is a very nice place to spend lots of time – that is, unless you are relegated to the third row which continues to be a tight squeeze for adults. That beautiful shape does indeed come at a price. 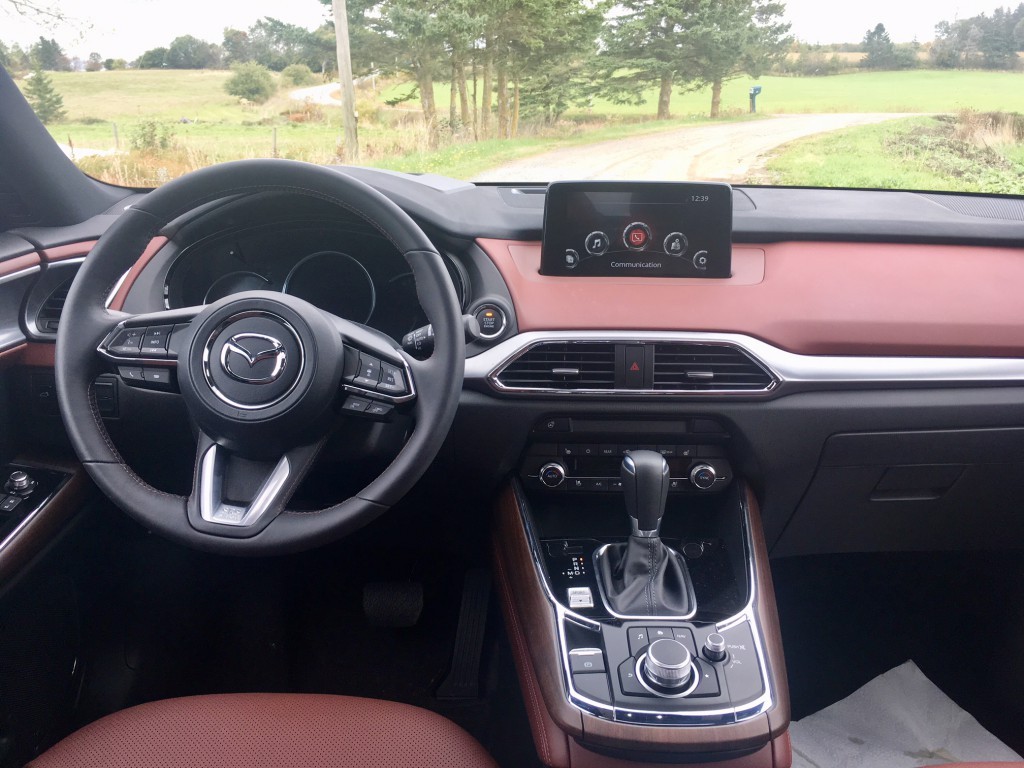 Luckily, that shape doesn’t impede too much when it comes to cargo room, with over 400 L of room with the rear seats up and over 1,100 with the seats down. 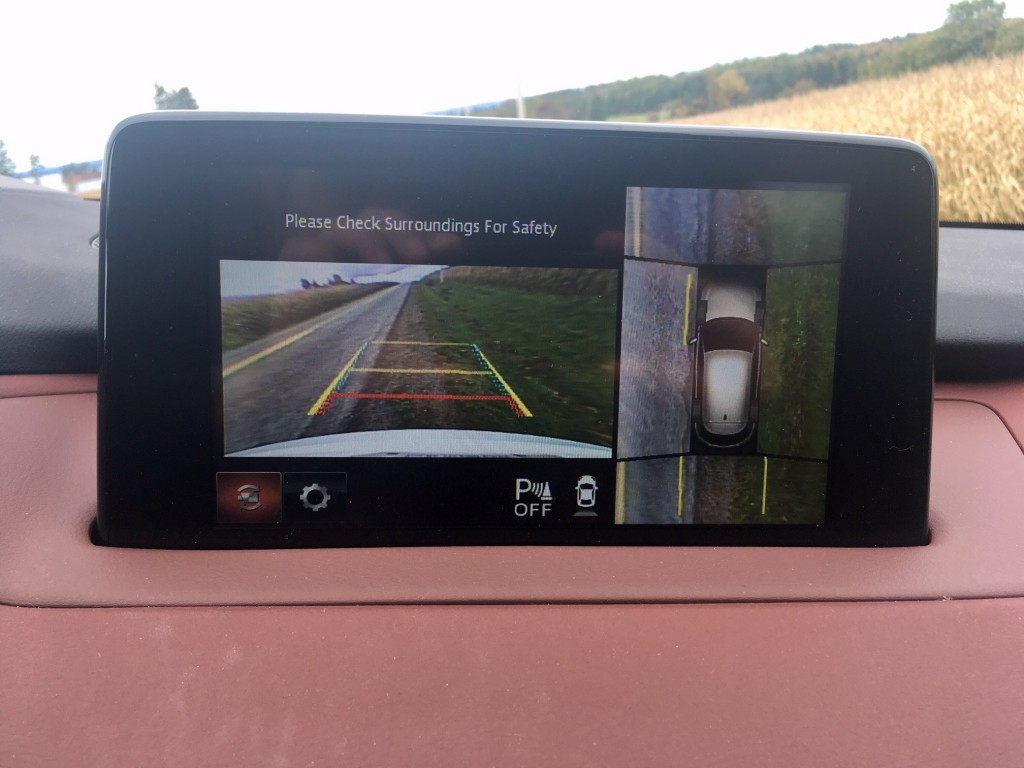 Under the hood is the same 2.5 litre engine that makes either 227 horsepower or 250 horsepower depending on which grade of fuel you use. Torque comes in a 310 pound feet and it is mated to a six-speed automatic. This engine continues to be a favoured by Mazda as it is available in the 6 and now you can have it in the smaller CX-5. I can understand why Mazda pats itself on the back with this unit. While it emits an odd sound at idle and when push (almost diesel-like) there is plenty of grunt in almost any situation. Low end power is available when you need it, especially when the sport switch is activated, and it doesn’t run out of steam on the highway for passing power. I also like that you can essentially increase horsepower simply by adding fuel with higher octane levels. No need to spend money chipping the vehicle or spending lots of money on other performance enhancements. 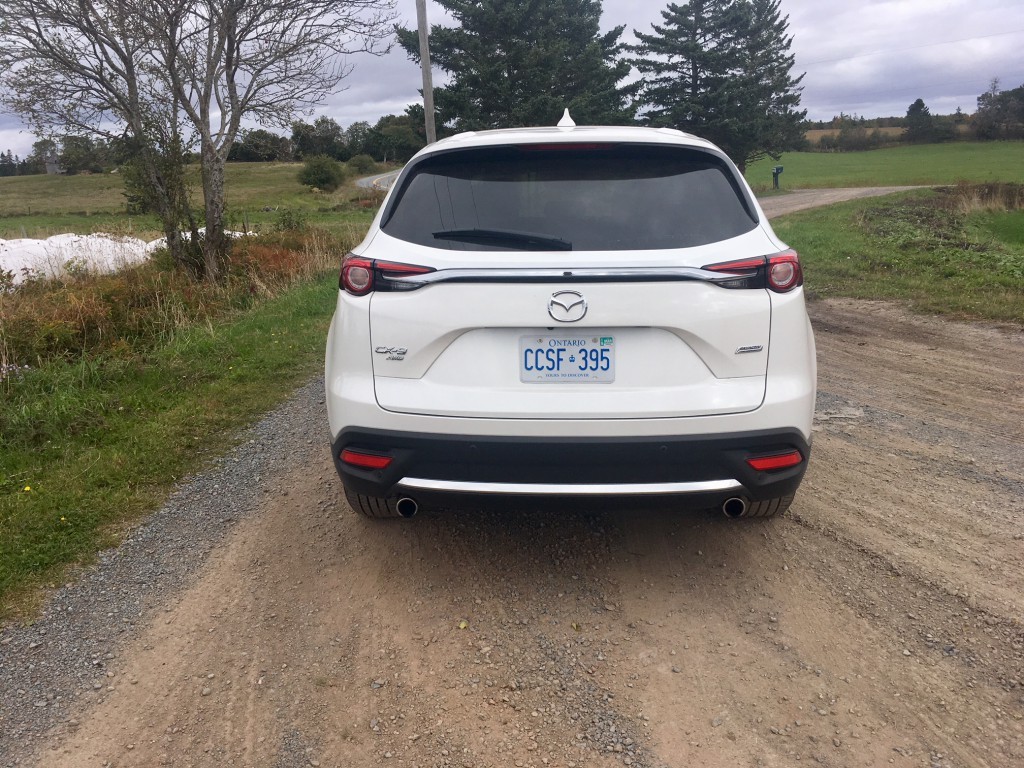 With that all said, this engine, when fitted to the larger and heavier CX-9, doesn’t feel as if it’s being allowed to churn out as much power as it probably could. The six-speed automatic is clearly program with efficiency in mind. As such, it switches gears before the rev band gets too high. Yes, you can row your gears manually, which does help out a bit. But when left to its own devises, even with your right foot to the floor in sport mode, the transmission will shift well before it hits the redline. This may not be a huge issue in a family hauler, but Mazda likes to pride itself as the ‘zoom zoom’ brand. This transmission takes at least one ‘zoom’ out of the equation. 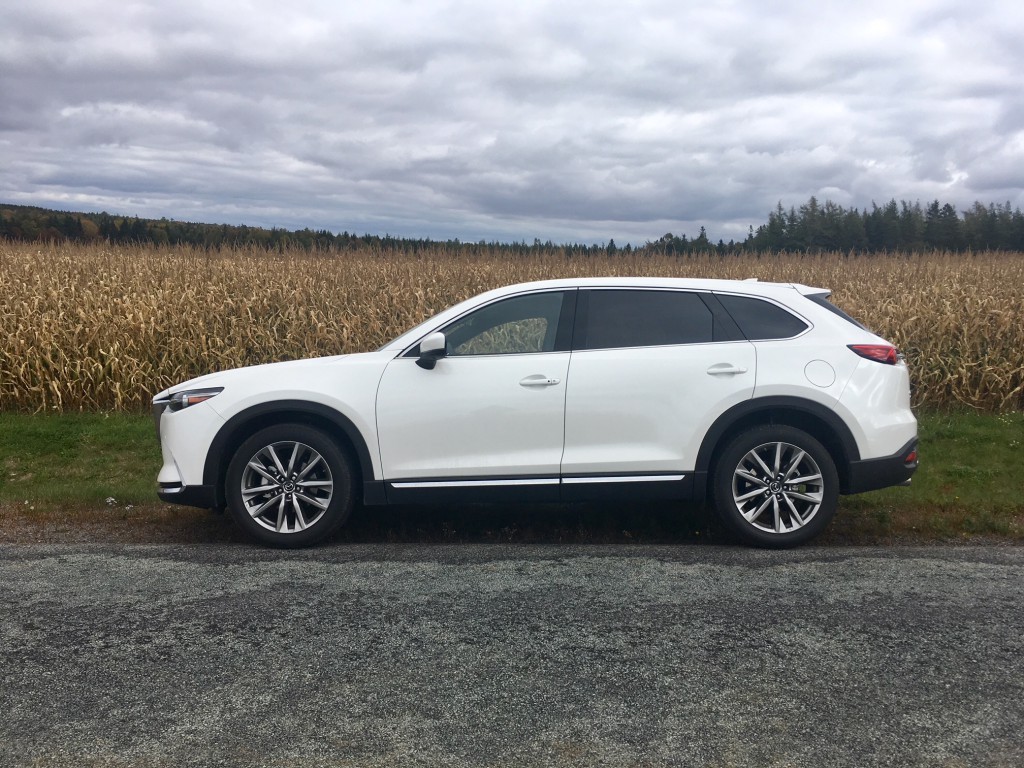 G-Vectoring is still standard on the CX-9 which essentially gives it a trump card when it comes to handling. No direct competitor can match the CX-9′s agility and it’s largely due to the G-Vectoring system and pretty decent feedback to the steering wheel. 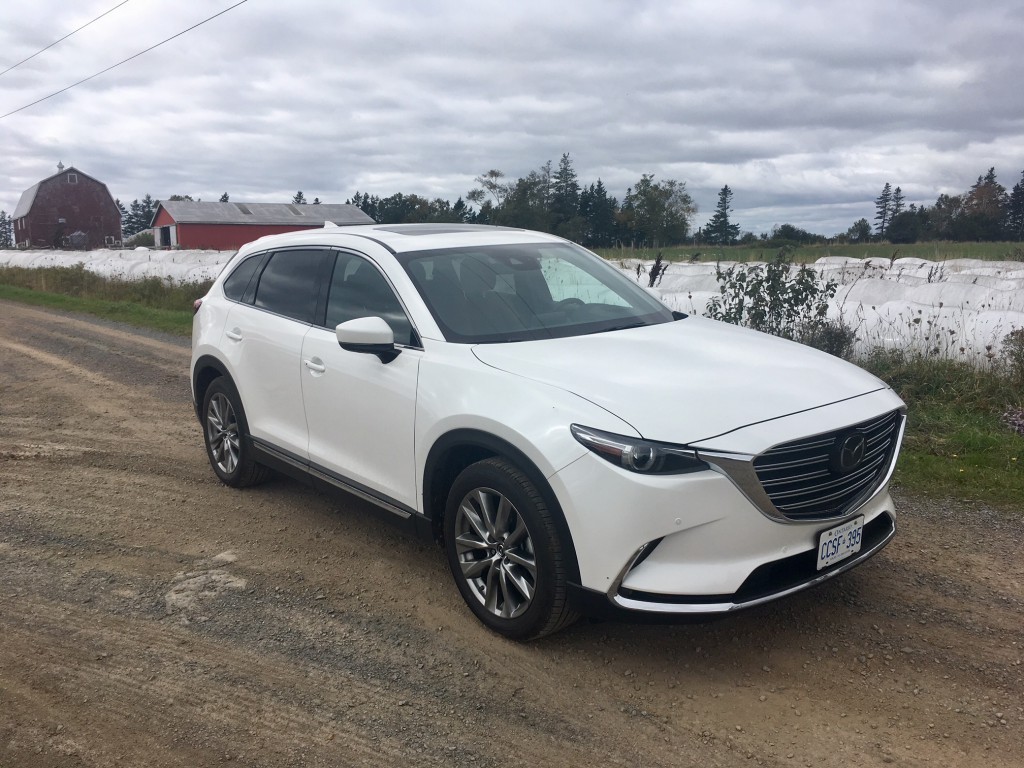 Despite its relative sharp handling abilities (this is still a humungous three-row crossover after all) ride comfort is quite good. There is minimal waftiness over bumps and dips in the road; floaty-ness is key to a minimum here.

But let’s talk about the changes for the 2019 model year. 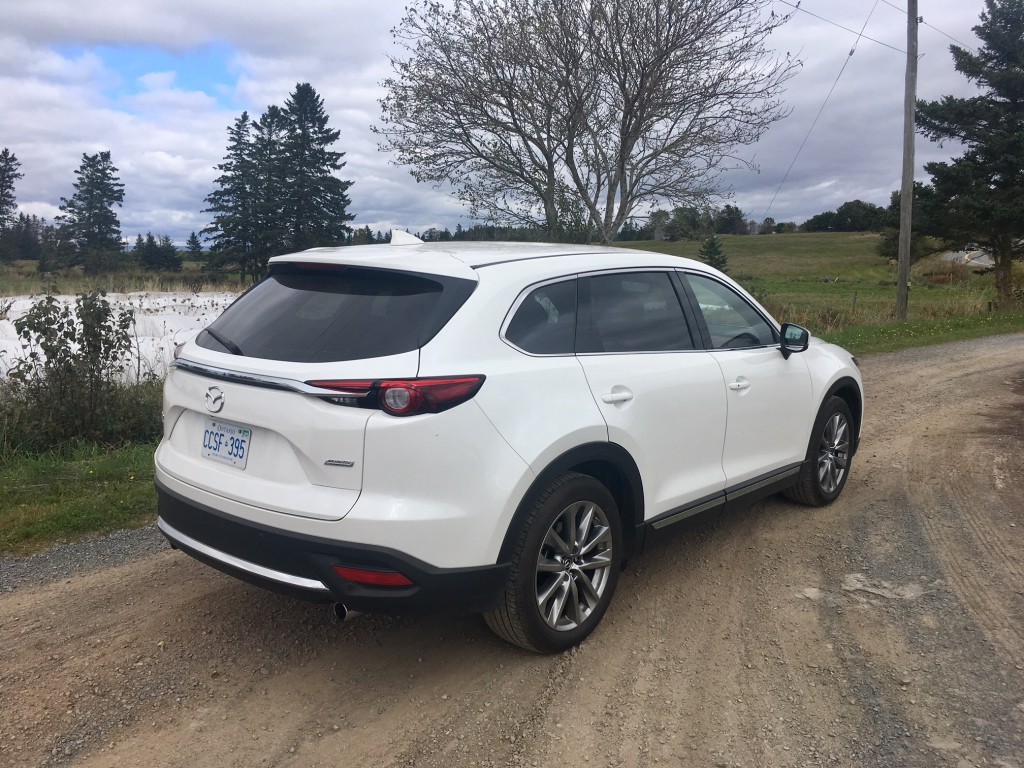 Firstly, Mazda has finally incorporated Apple CarPlay and Android Auto capability and the CX-9 is the first model to get the honours of having it. This is very much a good thing because Mazda’s infotainment system is in need of an update. Compared to other systems it isn’t as intuitive, not as quick, and doesn’t look as sharp. The screen is operated by a dial behind the shifter which looks and feels quite premium, however it still takes at least two to three operations of the dial for simple tests such as switching the radio station. Mazda still needs to work on streamlining this process. This is much less of a concern now that Apple CarPlay and Android Auto is finally here. 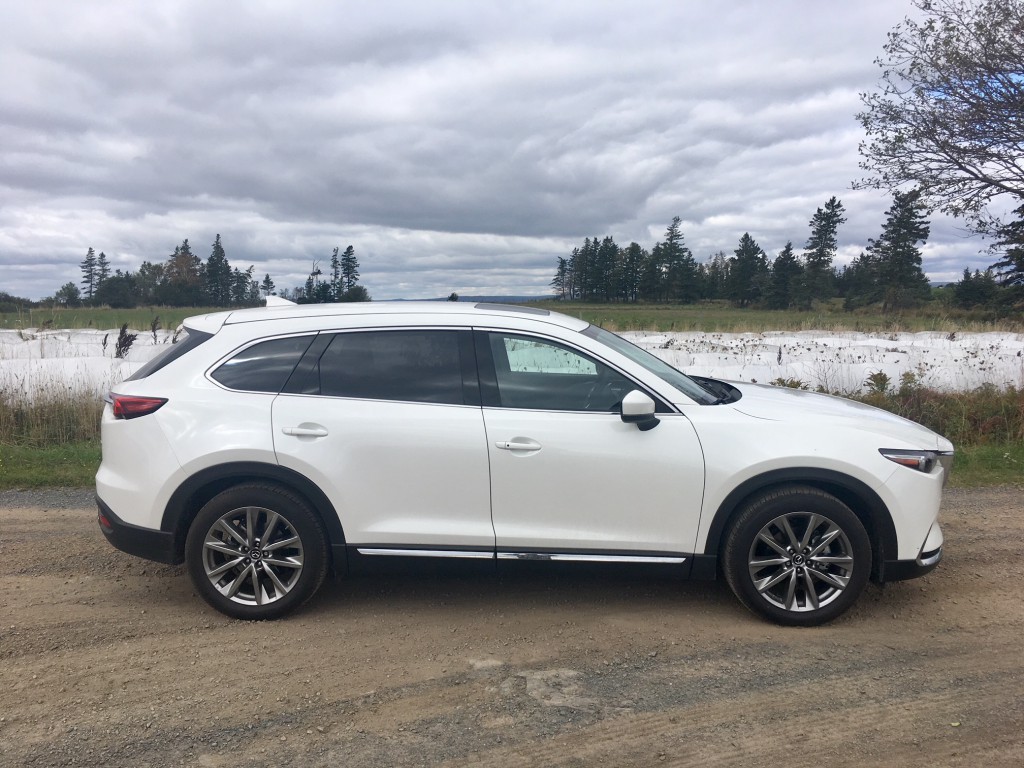 Secondly, Mazda has put more effort into sound deadening with a new headliner and thicker floor mats. These tweaks may seem minimal but they do make a noticeable difference – at least from what I remember with the 2018 model. 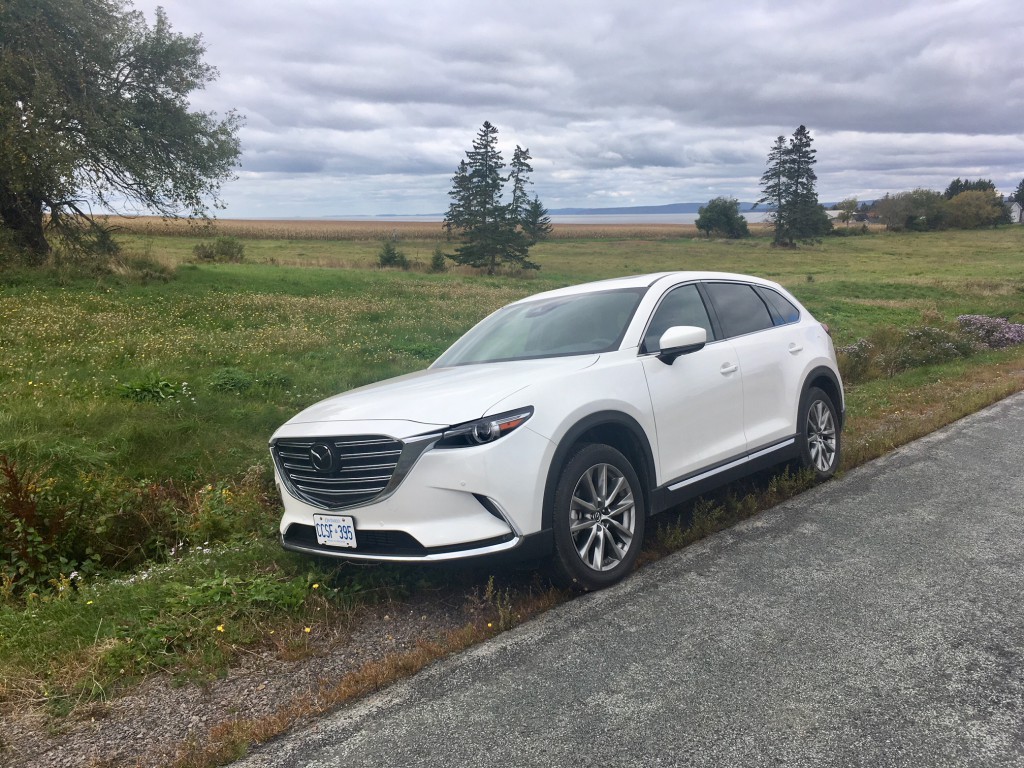 Thirdly, those handling abilities I was referring to before can be attributed to a re-tuned suspension, though truthfully, the CX-9 was always at the front of the pack when it comes to handling so the difference isn’t immediately noticeable. The ride feels a tad comfier than I remember with the 2018 model year, but again, most people won’t notice the difference. 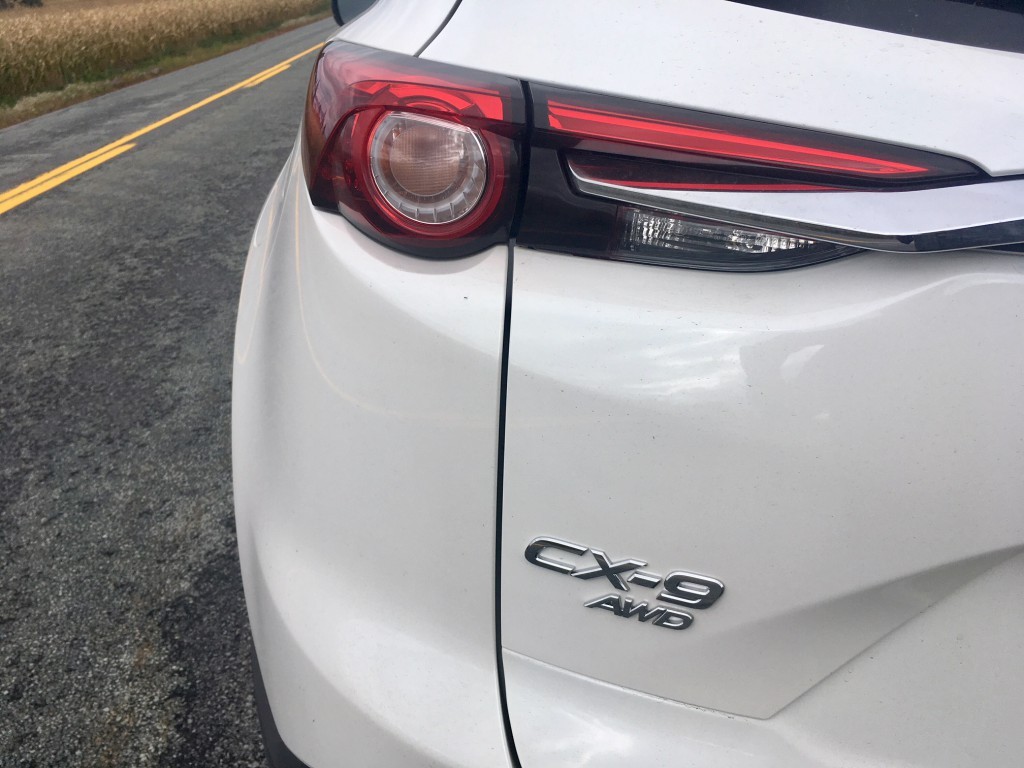 Then there’s the addition of ventilated seats to the Signature trim, a 360 around view camera (much appreciated) and a reworked dash cluster. 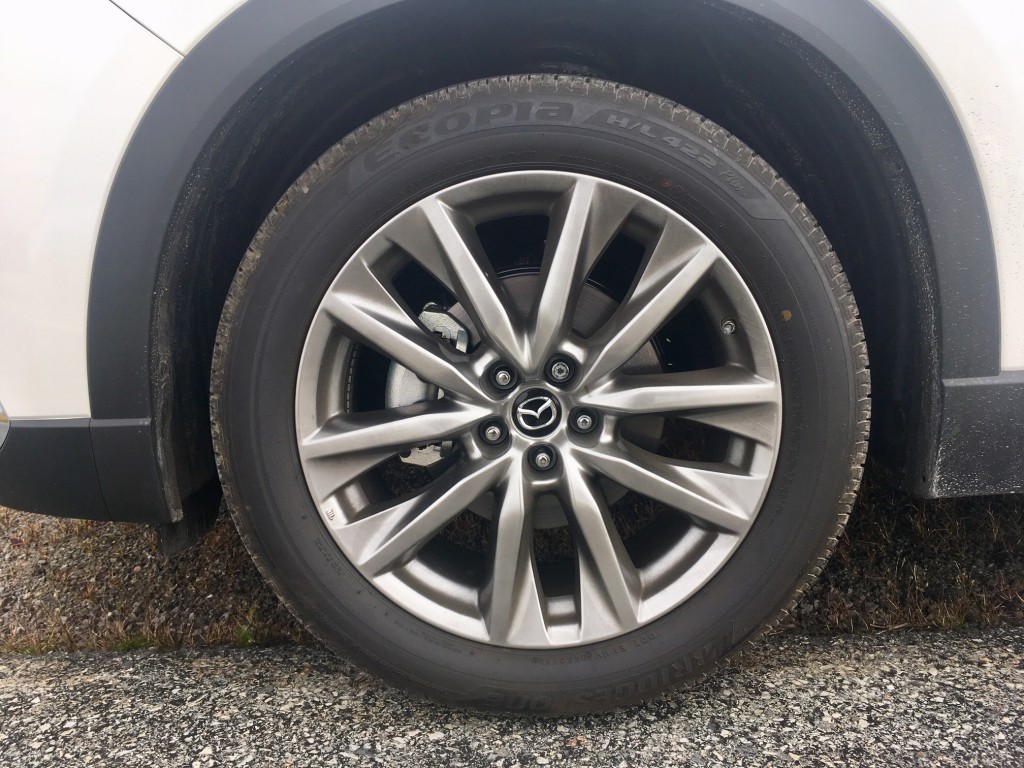 But all these tweaks and updates ensures the CX-9 stays fresh and competitive in the segment until the next significant redesign comes along.

The CX-9 is still quite competitive in the segment and is likely the best choice for those looking for a three row crossover that adds touches of luxury, style, comfort and performance. 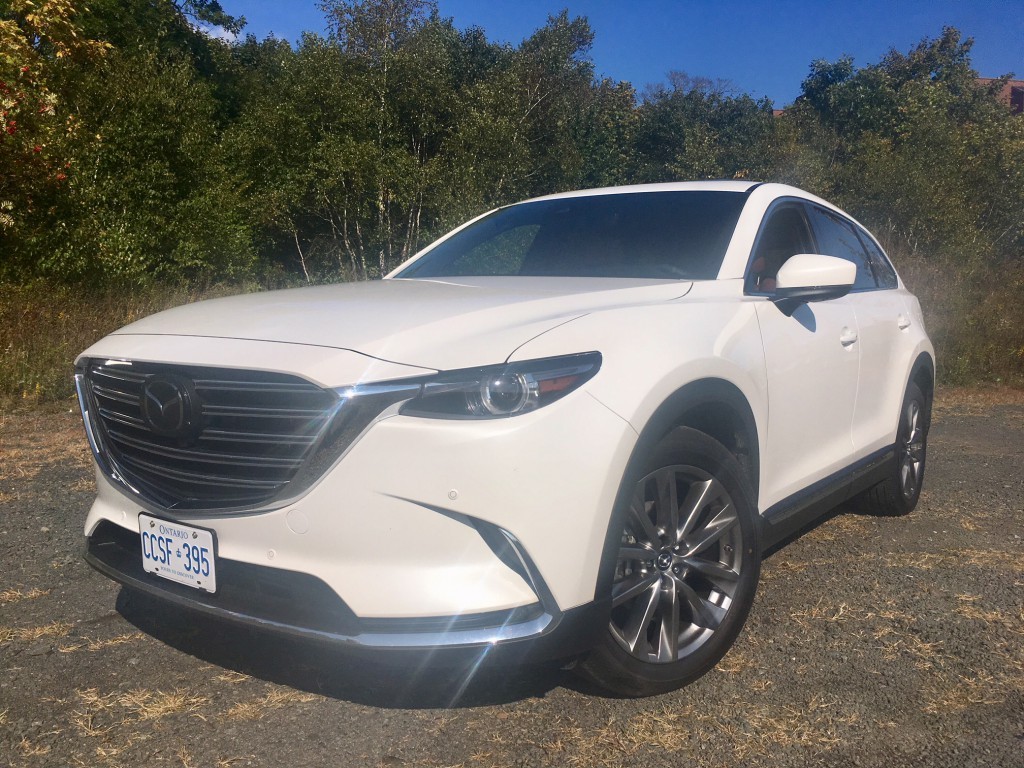