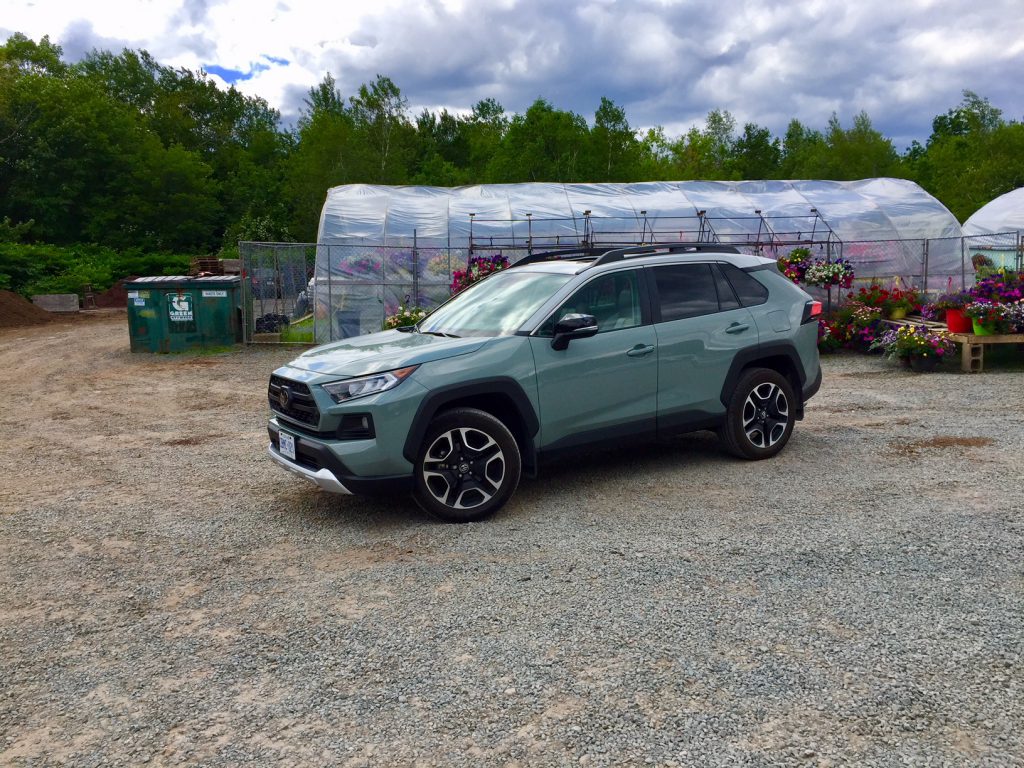 When I was about ten years old I remember being quite excited because dad was in need of a new car. That meant that I got to tag along while he visited dealer after dealer. In fact, he brought the whole family with him since a family car was what he was after. This was back in the day when a mid-size family sedan was the king of family haulers. SUVs hadn’t really become a ‘thing’ yet.

We went to a Toyota dealer to check out a Camry. It was
white and it was the base model. I remember dad liking it (he was never much
into cars so if it had enough room, was safe and wouldn’t break down, it fit
his criteria).

But then our salesman asked us to bear with him while he
went to go bring a second option around to the front of the dealership. After a
short wait, he pulled up in a dark blue vehicle that was small, looked rugged
and had ‘RAV4’ written on the spare tire cover that was affixed to the
tailgate.

I remember the salesman telling us that this was an all-new
model and it was designed for young budding families like ours who liked to go
on road trips and have adventures together. We took it for a spin.

Dad didn’t like the ride height and there wasn’t nearly as
much room as the Camry. I remember my mom finding the headrests uncomfortable,
and my parents didn’t like the how the tailgate swung open horizontally from
the side of the vehicle. We took a pass on the RAV4.

Ultimately, dad ended up in a Volvo, but it truly is interesting to see how far a model has come over time.

Enter 2019 where the RAV4 now handedly outsells the Camry.
It’s now one of the most important vehicle’s in Toyota’s lineup so whenever it’s
time for a complete redesign, Toyota makes sure that it has done everything
properly.

When it comes to exterior looks, this new generation looks markedly different from the previous generation. It takes on a much more rugged appearance, especially in my tester’s Trail trim. The front end styling seems inspired by the Tacoma which certainly isn’t a bad thing. The rear end treatment looks decent even if the tail light design is a bit uninspiring. And actually, if you check out the new Escape, its tail light design looks completely identical. But since it isn’t out yet and the RAV4 is, we’ll go ahead and say that it is Ford copying Toyota, and not the other way around. The Trail’s black wheels and nice character lines accentuate the side profile and the two tone paint job looks good too. My tester’s Lunar Rock paint is certainly unique.

Inside you’ll be greeted by a user friendly design that is accented with orange trim and stitching in the Trail model. Personally, that doesn’t really float my boat, but my wife commented that she liked it. The climate controls are thankfully operated by hard buttons and are easy to use. Ventilated seats were particularly welcomed during a recent heat wave in Nova Scotia.

The infotainment screen is mounted high which helps to keep your eyes from straying too far off the road, but it also makes for a bit of a reach to operate it. That said, operating it is easy and the screen is clear and crisp. There are different apps available to help you with such things as checking the weather, or sports scores.  Apple CarPlay is finally available (took you long enough, Toyota). If you’re an Android User, I’ve got bad news, Android Auto is not yet offered in the RAV4.

My mom complained about comfort in the first generation RAV4 but she did no such thing when I took her for a drive in the 2019 version. She commented that the seats were firm but still decently comfortable. Dad said the first generation RAV4 lacked interior space but that is no longer the case. Rear seat passengers should have no complaints about head, foot or knee room back there. And that tailgate they both complained about? It now properly opens vertically rather than horizontally. It’s also powered in case you overdid it at the gym or are truly just that lazy. Cargo space itself is competitive for the segment, though some rivals offer more if that’s what you’re after.

There’s no V6 available, just a 2.5 litre naturally aspirated 4-cylinder which produces 203 horsepower and 184 pound foot of torque mated to an eight-speed automatic. While power is adequate, its delivery certainly isn’t thrilling by any means. It does its job without any want to go above what’s expected of it.  Believe it or not, the hybrid version offers more power and quicker acceleration along with better fuel consumption to boot. The gas powered RAV4 does have a sport mode which helps slightly, but I still found it dull off the line. Transmission shifts are smooth but it’s clear it has been programmed to shift with fuel efficiency in mind.

If handling prowess is what you’re after then you’re shopping in the wrong segment. SUVs and CUVs are not meant to be corner carvers so the RAV4 could be forgiven for its noticeable body roll and floaty-ness over bumps. But if you’re so stubborn that you must have an SUV and decent handling, the Mazda CX-5 is your best choice, not the RAV4. Still, it keeps its composure and it rarely feels as if it’s completely out of sorts on the road. Highway driving is its forte with a quiet and comfortable ride.

The Trail model is meant to be the ‘rugged’ version in the lineup. But it’s certainly no TRD Pro. In fact, the Trail model doesn’t come with too many enhancements that that makes it a blazer of the trails. It does have selectable drive modes for mud, sand, rocks and snow along with torque vectoring all-wheel drive with rear driveline disconnect, but those features aren’t exclusive to the Trail trim. The latter can be had on the Limited trim and the drive modes are standard on all trims when equipped with all-wheel drive. In other words, the Trail trim is largely cosmetic. If you want a true off-roader, turn your attention to the 4Runner.

As far as fuel consumption goes, the RAV4 is officially rated at 9.2 L/100 kms city and 7.1 highway. After a week’s worth of combined city-highway driving I was able to return a respectable 8.3 L/100 kms. While that’s good, the hybrid version’s figures come in at 5.8 in the city and 6.3 on the highway. And that causes a bit of an issue, as I alluded to before.

I’m not quite sure why anyone would take the gas powered RAV4 over the hybrid version, save for perhaps price. The hybrid version is the one to get. It’s more powerful, quicker, and more fuel efficient all while offering the same capabilities of the gas version. Since the Trail model is cosmetic, there’s no advantage there either.

But regardless of which you choose, it’s clear the RAV4 has
come a long way from the version my family and I tried out nearly 25 years ago.