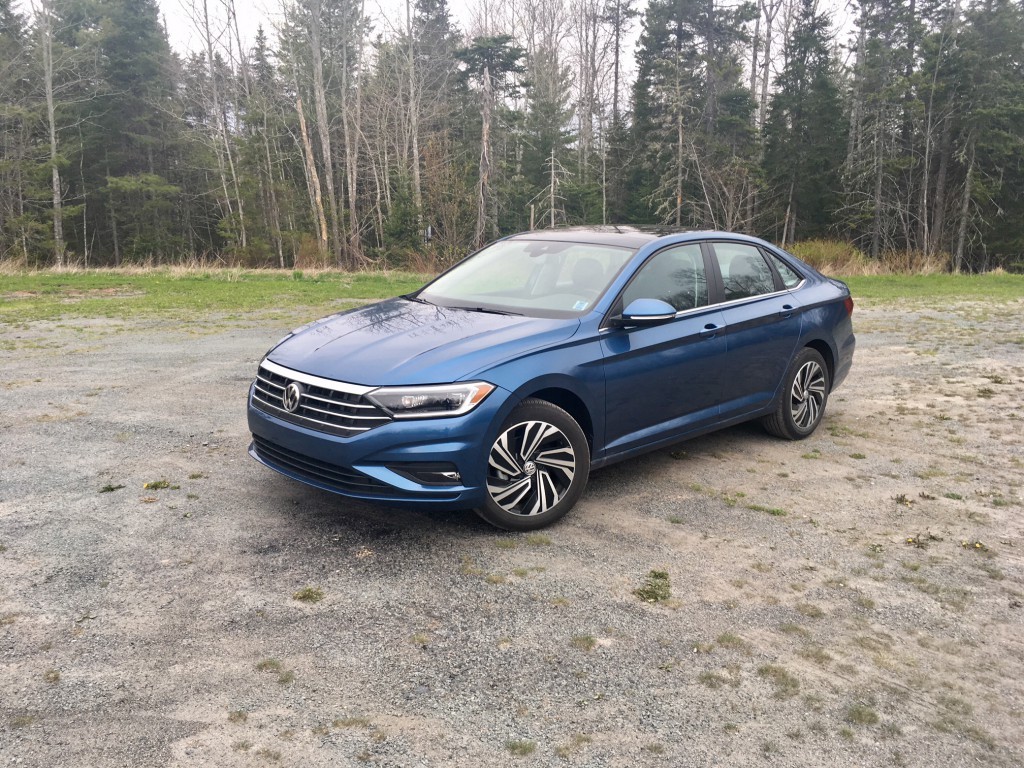 The Volkswagen Jetta has been a familiar nameplate within the Volkswagen family for some time, and it is placed in a segment that tends to get a fair amount of attention from buyers: the compact sedan segment.

Though, I’m not entirely sure it could be accurately called that anymore. Have you seen how big the new Honda Civic is now (of course you have, Civics are everywhere)? The Nissan Sentra also tends to blur the lines between compact and mid-size too.

It’s safe to call the new Jetta a mid-sizer too since the Passat has now entered into full-size territory.

But with a redesign for the 2019 model year, does the lone German player in the segment continue to have what it takes to take on the likes of the best selling car in Canada (the Civic), the value minded Korean brands, or the stalwart Toyota Corolla? 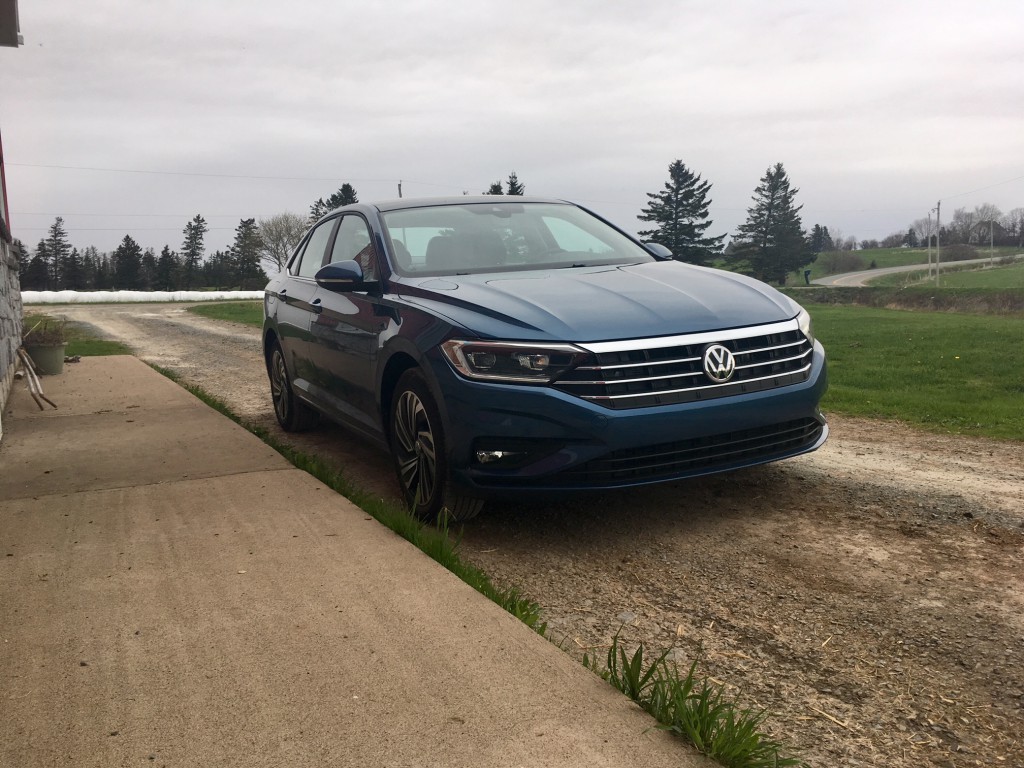 Firstly, let’s get that redesign out of the way. The evolution of the Jetta can be described as going from loveably quirky, to uninspired and plain. While I can’t 100% say I’m sold on the design, the evolution at least tends to be moving more away from the ordinary. But with the the bulbous front end and unusually high looking ride hide and wheel gap, the Jetta could take a lesson from designers at Kia, 0r Mazda. The rear end angle is the best as it does its best Audi impression, which is rarely ever a bad thing. Like all Audis, all the rear lights are full LEDs, but unlike Audi lights, the turn signals are amber. Kudos for properly bringing those back, Volkswagen. It should also be noted that all models now get LED highlights with the top spec Execline trim getting projector-style LEDs. 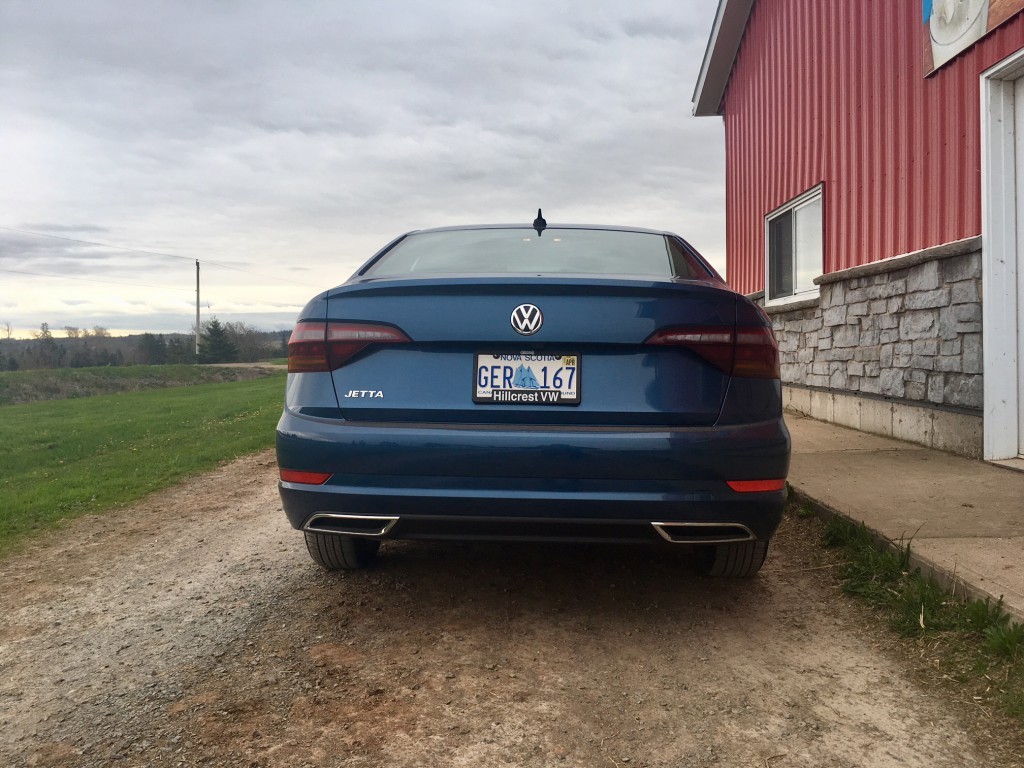 Regarding that ride height issue, you can opt for an R-line package which drops that height by 20 mm and you get more traditional looking five-spoke rims. Not sure it will completely do anything about the unusual stance, but it certainly can’t hurt it. By the way, that strange rear stance has everything to do with its suspension set up in the rear, which I will address momentarily. 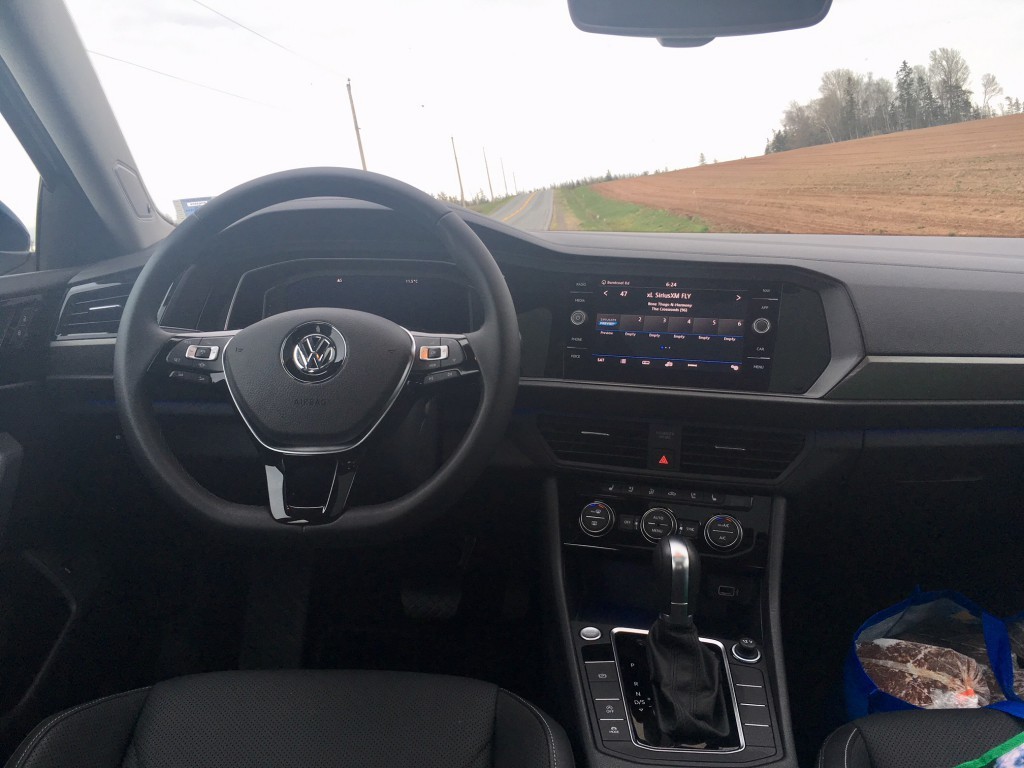 Inside is certainly Audi-like as well. It’s clear that Volkswagen looted its big brother’s closet because a lot of niceties come straight from the premium brand like the push-start button location and a version of Audi’s virtual cockpit display is available. This system lets you configure all the instrumentation to your liking, including the position of the speedo, its size, and more. 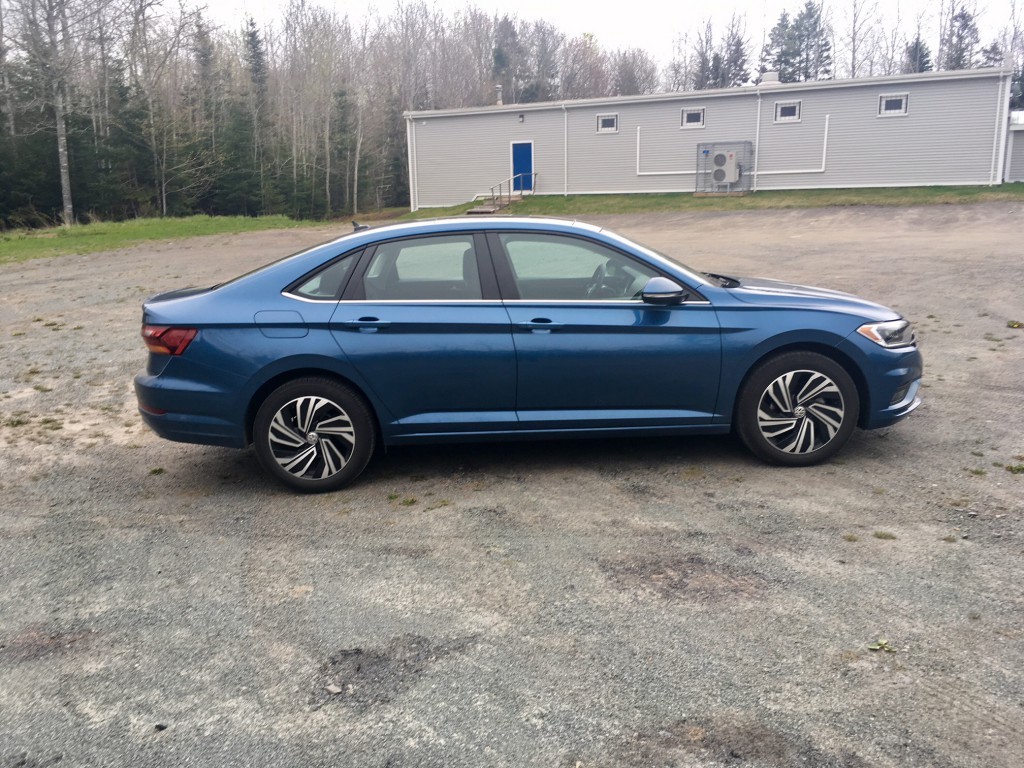 The new centre stack is clean and modern looking and I’m pleased to say there were no issues with the infotainment system. VW infotainment systems of yesteryear were known to have a few glitches. Its operation is logical and simple as well and it is properly angled towards the driver for easier operation. Apple CarPlay and Android auto are available. If you’d like to have the eight inch touchscreen you’ll have to shell out the extra dough for the Execline trim, otherwise you’ll get a 6.5 inch screen. Information displayed on the screen is clear and crisp, however it collects fingerprints quicker than McGruff the crime dog. 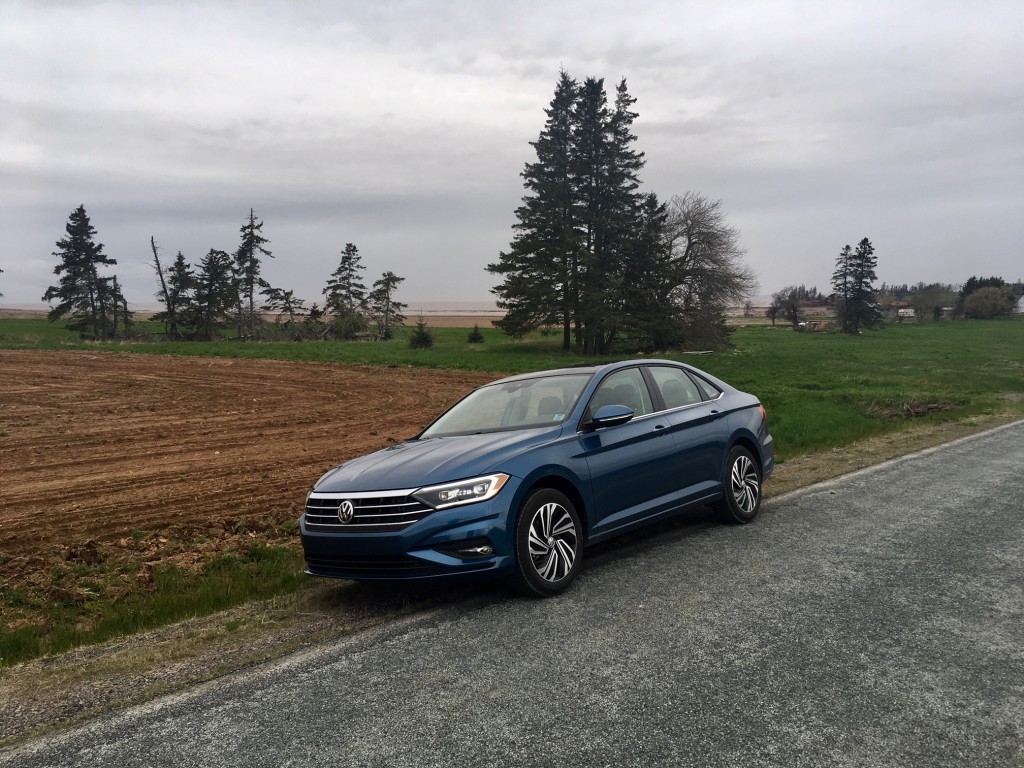 Other niceties included on the Execline are supple and real leather, heated and cooled seats and a heated steering wheel.

Trunk space is rather large with just short of 400 L available, however, the trunk hinges are exposed so you need to be mindful of not crushing your cargo when you close the trunk.

Rear seat head, leg and foot room is more than adequate for most. 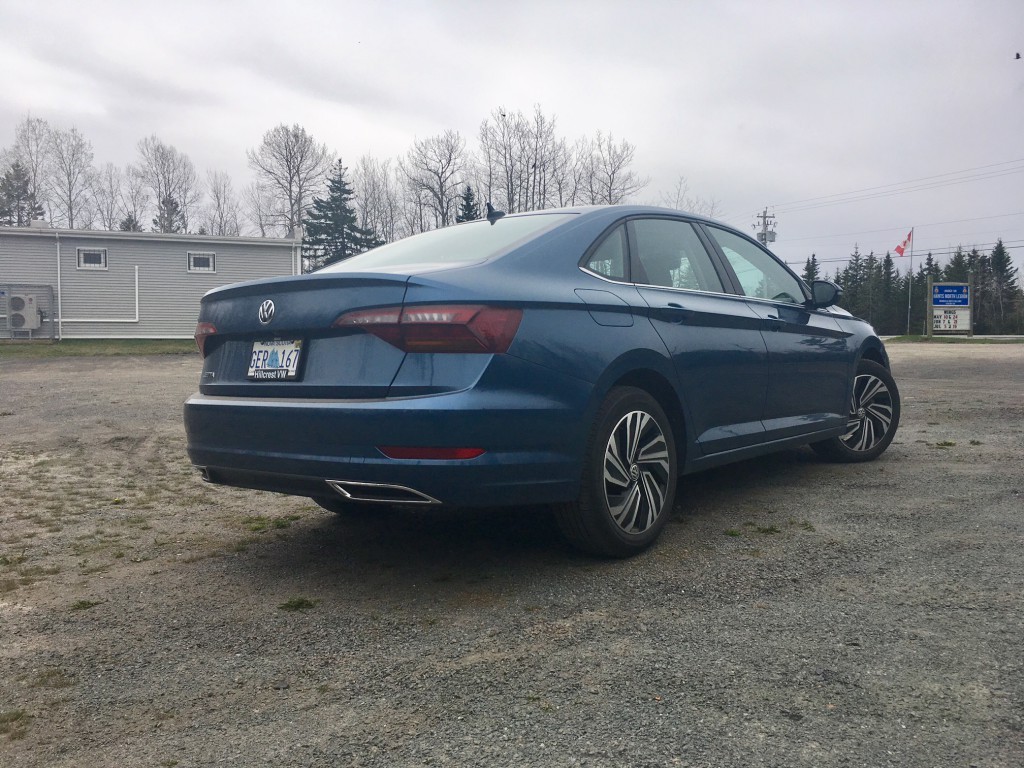 Under the hood is a 1.4 litre turbocharged four-cylinder which produces 147 horsepower, which initially doesn’t sound too impressive, but keep in mind this little gem of an engine also produces 181 pound foot torque. That means the Jetta has plenty of pick up at lower speeds – perfect for trotting about the city’s traffic. You can get an eight-speed automatic or (gasp!) a six-speed manual. 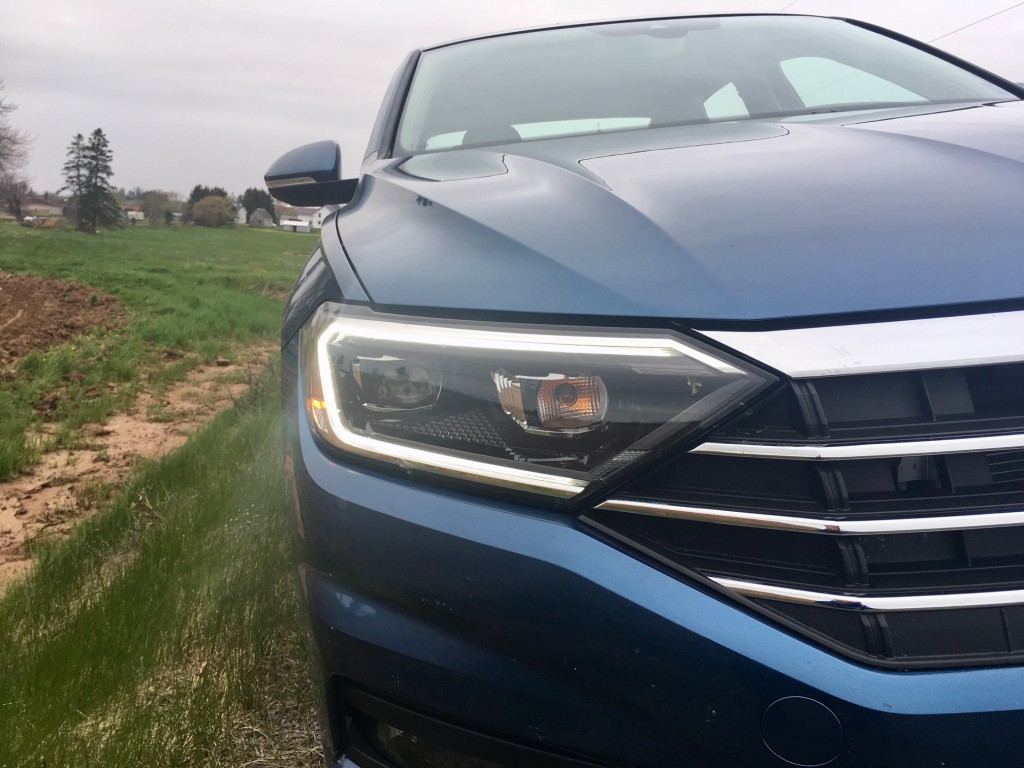 There is certainly an ample amount of power, both in town and on the highway. I was fortunate to be scheduled in the Jetta the week my fiancee and I took a trip to to the northern part of the Bay of Fundy in Nova Scotia. The route has plenty of smooth twisty roads – perfect to try out the Jetta’s abilities. 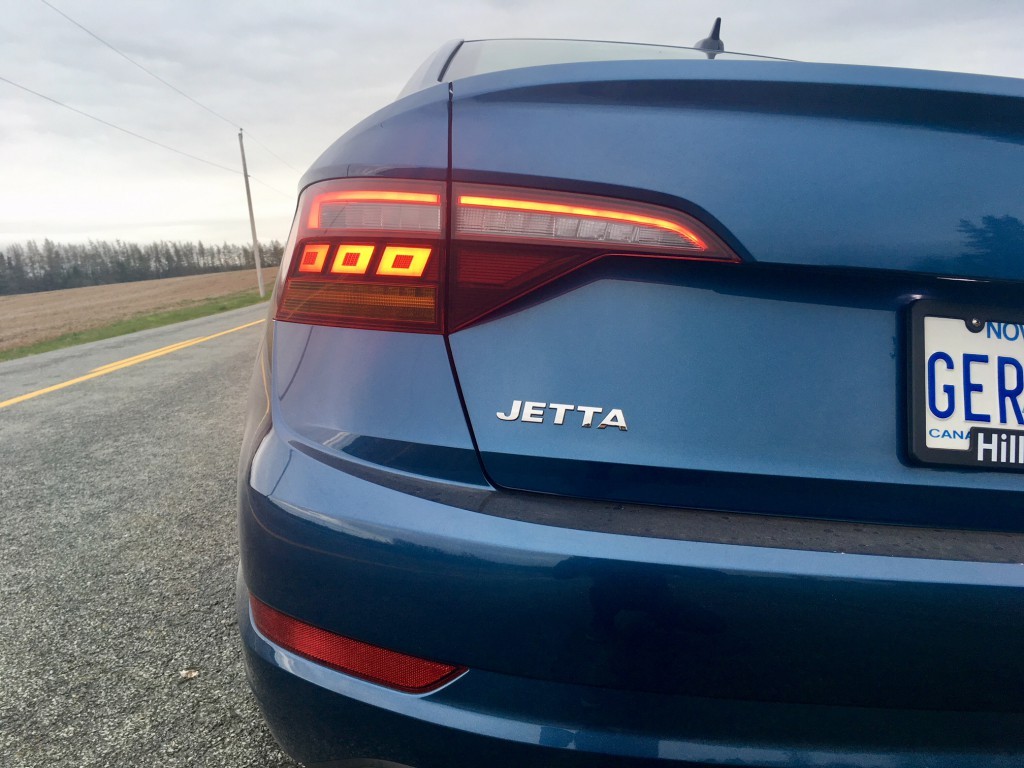 The thing is, though, in order to remain competitive Volkswagen had to make a few concessions to keep the price down. This meant getting rid of the independent rear suspension in favour of a a torsion-beam set up. This obviously isn’t ideal, but I have to admit, while it was noticeable to me, it barely felt like an impediment. The Jetta still handles strong and confidently. Most buyers won’t even notice the difference, unless you start getting into some hardcore cornering, in which case the upcoming GLI is probably the Jetta meant for you. 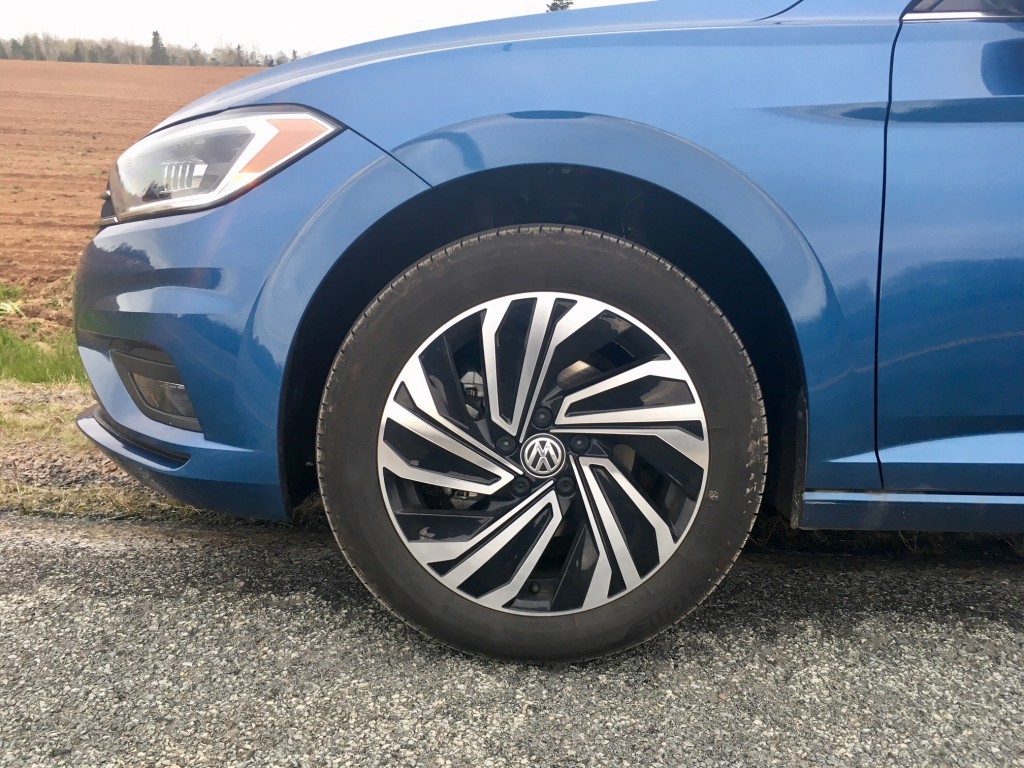 Even comfort doesn’t take a hit because of the torsion beam. The rear ends feels relatively planted and doesn’t tend to bounce around. The Jetta has moved to the MQB platform and is better for it. Comfort is there when you need it, confidence is there when you need it too. I’m still dumbfounded how a vehicle with this dinosaur-like rear suspension setup can still be so predictable and manageable. The Jetta is still  fun car to drive in the twisties. I suppose Kudos are in order, Volkswagen. 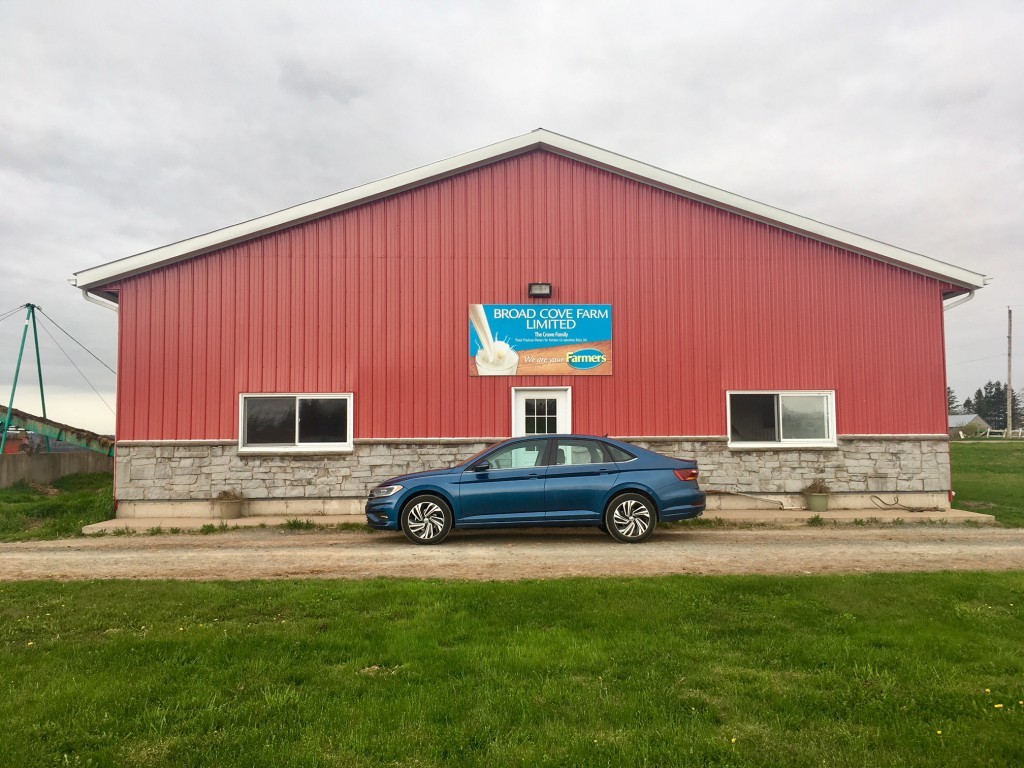 But as impressive as that is the true stand out is the engine, and not because of its impressive power delivery, refinement and overall responsiveness, but also because of how frugal it tends to be. Officially, the Jetta is rated at 7.8 L/100 kms city and 5.9 highway. In real world mixed driving, I was able to return an impressive 6.8 L/100 kms which, considering the size of the Jetta, is one of the more impressive parts. 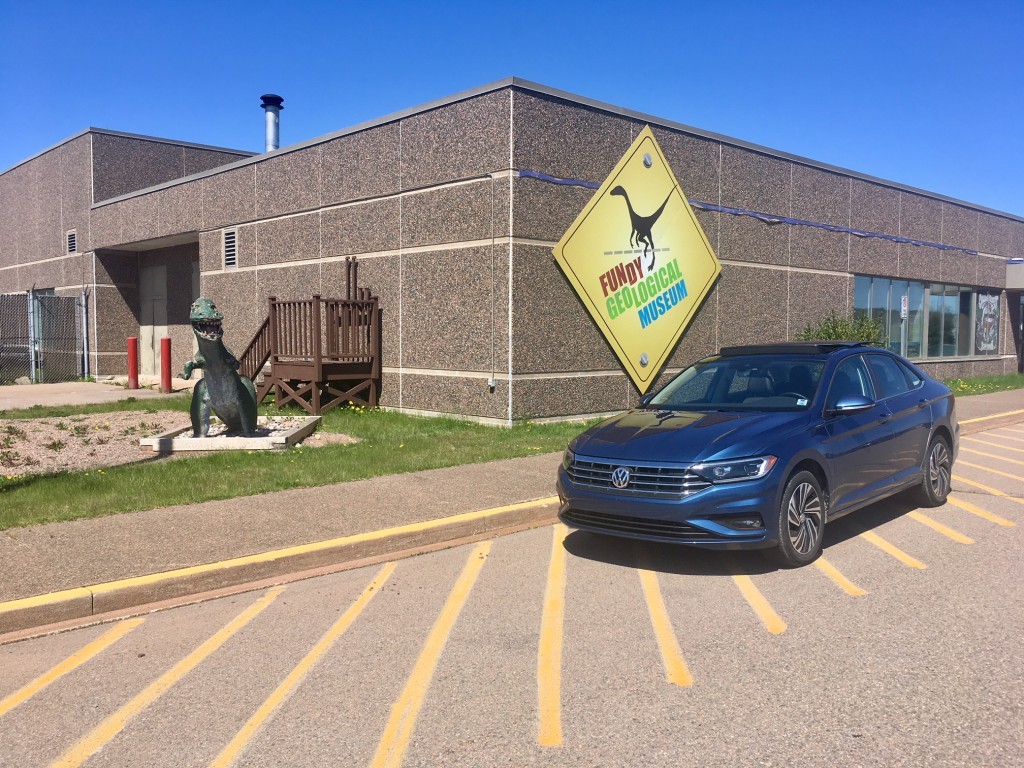 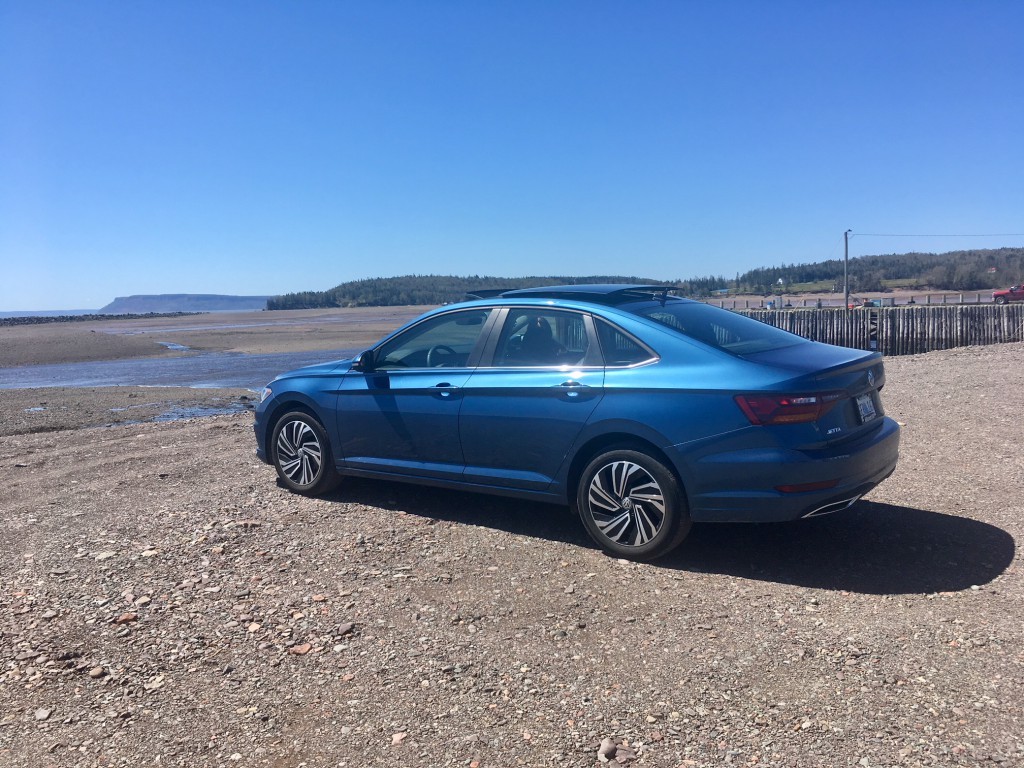 So yes, there are swoopier designs, there are cheaper alternatives and there are even cars that offer better value. But I came away completely impressed, yet again, that the Jetta still manages to evoke my love of driving. You don’t have to spend over 50-grand to have a nice driving experience and you don’t even need a hybrid (or a diesel, ahem) to achieve great fuel consumption numbers.

It may not be the prettiest thing to look at, but the new Jetta certainly came to play when it comes to the compact sedan segment. 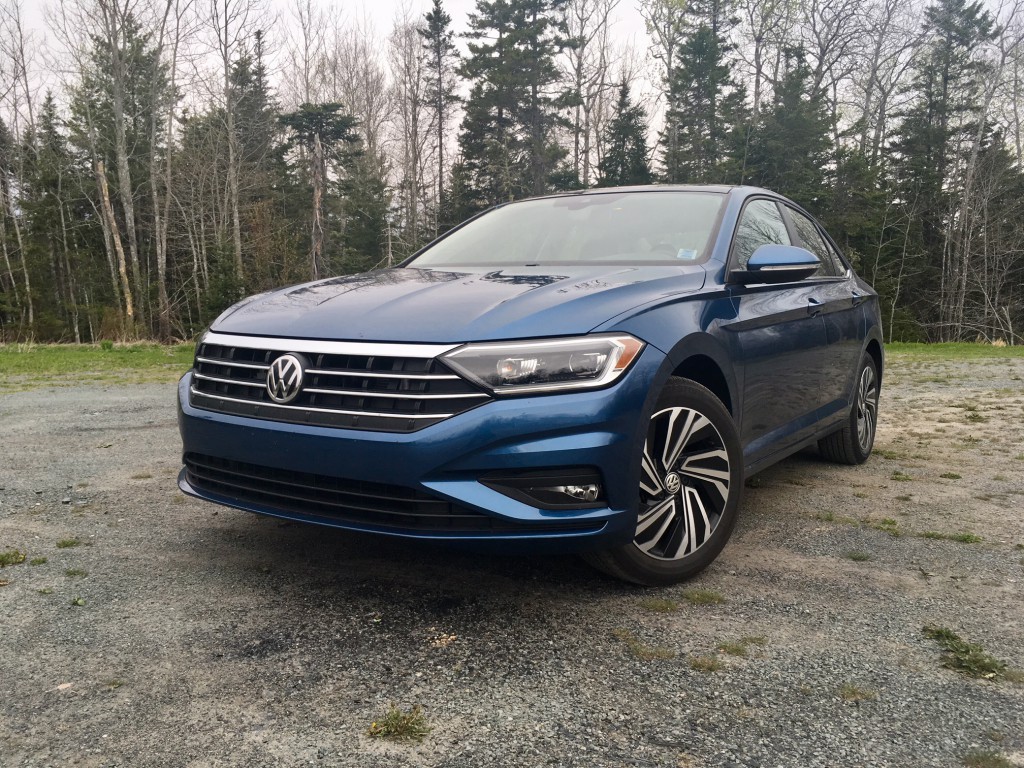