Review of the big show on March 23.
Trevor Steinberg- Head Coach of Saint Mary’s Huskies Ice Hockey. His team is off to nationals in Thuder Bay as AUS champs and the #2 seed in the tourney.
Guy Carboneau is a good coach and should not have been fired, the problem in Montreal is with the personnel, not the coaching.
Regarding the media opinion that the AUS Championship doesn’t mean anything because both teams qualify for nationals, “there is a banner and a championship at stake so anyone saying it doesn’t matter wouldn’t understand what it is these guys fright for every year.”
Due to their victory over UNB, they get to avoid the pool with Alberta. Alberta and UNB are the best two teams in the country so they get to watch those teams beat up on each other in the other pool. (SMU, the 2 seed, is in a pool with Western and Mcgill)
Players embrace the favourite role, think they can beat anybody, will give the team a huge confidence boos 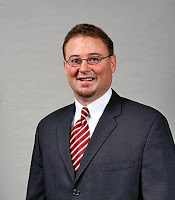 t.
Team is healthy going into nationals, although the coach is not happy about having to get up at 3am on Tuesday morning to make the flight to Thunder Bay. (nationals are being held at Lakehead U)
With regards to fighting in the NHL, “..fighting helps govern the game and takes away from the stickwork…but if one of my players throws a great hit on a player from the other team, there’s no reason for the other team to send a guy out to fight, we have to get rid of that type of fighting. “
Coach feels there are immature kids who feel they have to get that last punch, they are showing a dis-respect to the game. When a fight is over it’s over. Refers to George Larouque as a guy who fights, but knows when the fight is over and it’s time to let the linesman break it up.
(sidenote..I was desperate to play Tom Cochrane’s “Big Leagues” after this interview but I couldn’t get the turntable to play..damn it!!!”
Rachel Wise- Coordinator of Water Polo Association at Dalhousie, they just held the biggest water polo tourney in the maritimes in the past 30 years.
Rachel said there were 16 teams in the tourney, including teams from Newfoundland.
Newfoundland took the gold medal. Old timers team from Halifax won silver. Dalhousie Black team won the bronze. 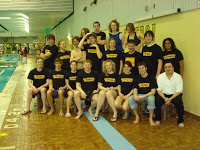 Good attendance, stands were full at Dalplex on Saturday.
High scorer of the tourney was Greg Corex and he scored 24 goals
for the Old Timers team. Travis Campbell of Dal was the MVP goalie.
Age range was 18-mid sixties. “Those old guys used allot of skill and strategy..they’re crafty.”
Lost all their games to a team from Laval a few months back. “They were tough.”
Mcgill has a similar program to Dal and she is hoping that next season they will be able to set up a tourney with the Martlets.
Anyone interested in joining the association can look at the facebook group or e-mail Rachel at waterpolo@dal.ca
Steve Sarty- Steve is the new Athletics Director at Saint Mary’s.
“Honour to follow in the footsteps of Larry Uteck and David Murphy”
Regards to his philosophy, “ I certainly want to win, but winning is not the ultimate goal. A culture is important..it’s important to develop young people during their formative years and teach ethics and morals….we have a responsibility to develop young people that will make the university proud.”

With regards to AUS football expansion, “It would be a great dynamic to add a fifth team…UNB would be ideal, they have a great field to watch a game. “
On the possibility of ensuring Laval plays SMU once every year. “It would be nice to see if we could do that every year.” Mr. Sarty has not looked at that issue yet.
Starting his job on April 1, his first item will be addressing the athletes at the Athletics Banquet and having a staff meeting with coaches.
Will be looking at sponsorship and trying to develop new partnerships.
Not aware of any outstanding issues or problems that need to be addressed right away. Steve thinks that with the bad economy it could be difficult to secure sponsorship dollars.