L-A:  So, it’s always sad when someone dies, but I always feel a little conflicted when it’s a celebrity. Because it wasn’t someone I knew. I’d never met them. I’d never even been in the same city at the same time as most. But there’s this connection to this stranger. And when they die, especially when they die younger than they should and for all the wrong reasons, you’re left with a lot of feelings. And Whitney Houson is one of those celebrities that leave me feeling kind of sad, even if I hadn’t thought about her for years.

She was straight up one of my childhood heroes. My grade four friends and I would actually perform dance numbers to her songs. Now, while this would be a totally normal thing for Ally to say, let’s revisit: I performed dance numbers. Me. I never dance if I can help it (unless there’s a box of wine involved). And my aversion to dancing has been a life long thing. It’s like somewhere inside me that preacher dad from Footloose is putting the kibosh on dancing for me.

So for anyone to make me dance for fun is a big deal to me. 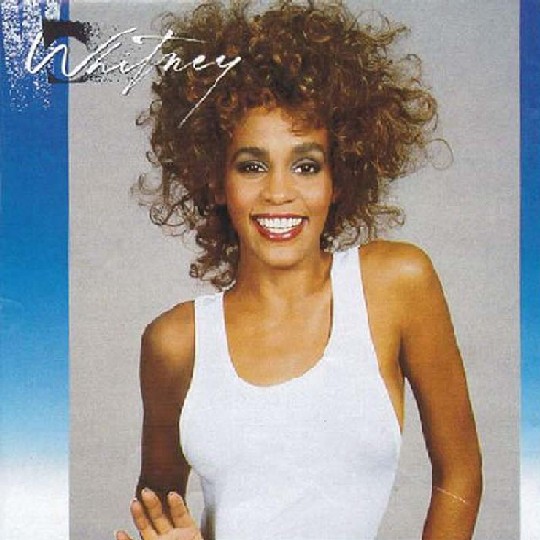 I’m not really going to revisit her fashion. It’s dated. And that’s okay. Because in the 80s she was the shit. 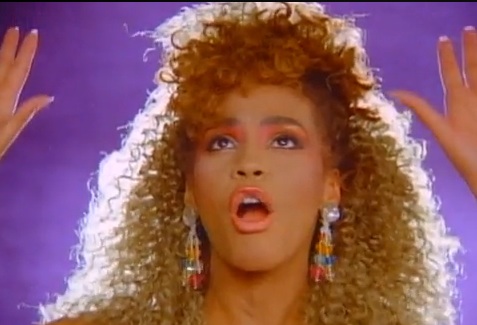 The makeup! Gold and bright pink eyeshadow up to the brows with a coral lip? I would have died and gone to heaven if my mom had let me wear that to my elementary school in Carleton Place (she did not). But she did let me have perms (not nearly so big as that) and wear gaudy earrings. All of which was inspired by Whitney.

In the hours since finding out about her death, the Grammys happened. And while I totally get that you don’t cancel the Grammys for much, I have to say, I found some of the red carpet moments to be uncomfortable. They’d break in with news updates about an autopsy or ask everyone about the tone of the room or push a close friend of Whitney’s to talk about her friend’s death and where she was when her friend died. It all seemed a little crass. But then again, crass was part of the evening’s theme as the music industry gave Chris Brown his “second chance” (a rant for another day…or just read this one. It pretty much sums up a lot of my feelings).

And while in later years I wasn’t so much a fan and sort of forgot about her as she dealt with addiction and other problems, I’ll always remember her as having that amazing voice and being one of the few singers in the world who have made me want to dance. 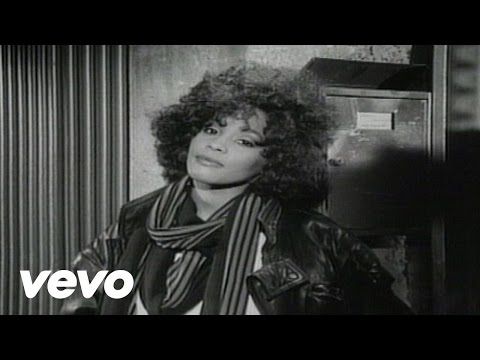 Ally isn’t able to add to the post today. She may add her thoughts later. But she’s super sad. She was talking with some colleagues the other day about the one concert they needed to see in life and for her it was Whitney.

Sad Business: Oh hell to the no. Not Whitney.
https://haligonia.ca/sad-business-oh-hell-to-the-no-not-whitney-54212/