Crazy, right? I’ve chosen to showcase a sandwich from Hali Deli that doesn’t involve smoked meat. The Triple Decker is described as being “like a club, only with egg and tuna salad, cucumber, lettuce, tomato and red onion”.

The sandwich is $9.99 and comes with coleslaw and your choice of fries, potato salad, knish or potato hash (substitute house salad $1.99).

This is Doomguts’ favourite sandwich: 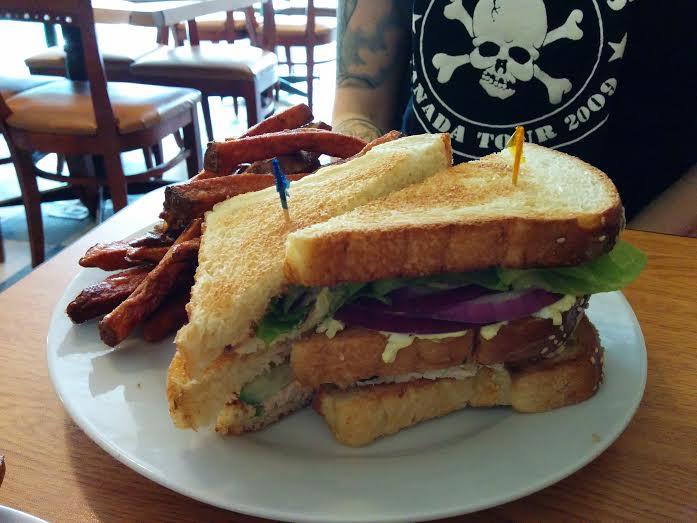 She says: “It’s light and fresh and every ingredient feels like it came out of my mum’s kitchen. It’s really filling, but not in a heavy way – in a good way in that you feel like you just put nutrients in your body. It’s a light fullness – as long as you don’t get the fries.”

We weren’t sold on the fries.

The platter also came with a really nice dill pickle wedge. I was hoping for the half sour that the menu alluded to, but alas, the half sours were becoming full pickles in transit to Halifax. So Hali Deli appears to just be using dill pickles now, which is fine.

We also split a perfectly good old fashioned vanilla milkshake. This was overall a decent meal. I would like for the sandwich to be cut into quarters, but I can just make a request next time. Nice toasty bread, simple sandwich fillers, fresh ingredients – I’d pass on the fries in favour of a knish. 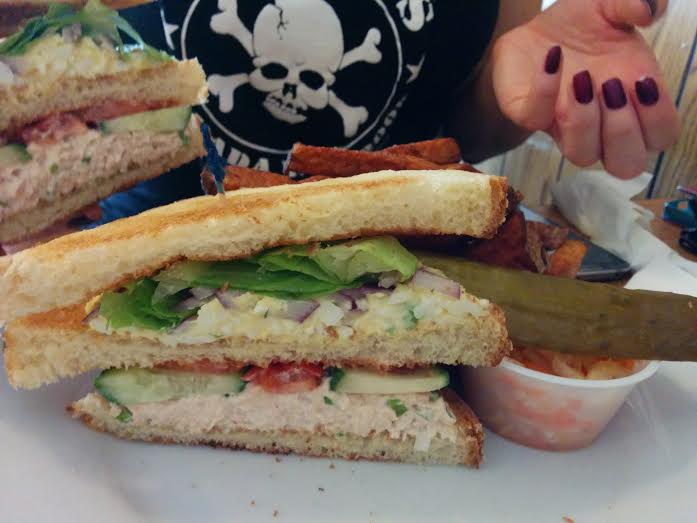