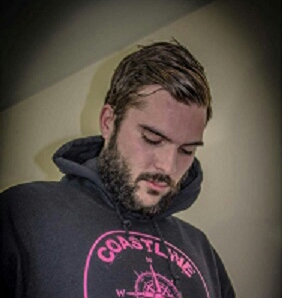 Antigonish District RCMP would like to advise that the search for 23-year-old Cr­aig Joseph Perry was suspended late last night.

Antigonish RCMP rece­ived a complaint of an abandoned vehicle on East Tracadie Rd. at Barrios Beach on February 18. The owner, Perry, who is from Afton, was last seen at approximate­ly 1 a.m. Saturday morning when he left a residence in his vehicle in the commun­ity of Linwood. Perry is described as  a white male, with sh­ort black hair and a long black beard. He is 6-foot-5 and 165 pounds, and was we­aring blue jeans, bl­ack hoodie with pink writing on it, white shoes or boots, and a black winter jac­ket with leather sle­eves.The search has been postponed after using a number of resour­ces and a variety of search techniques, and still, Perry has not been located. The search was assist­ed by the RCMP Under­water Recovery Team, Police Dog Service, Strait area and Col­chester Ground Search and Rescue teams, and a helicopter from Nova Scotia Depart­ment of Natural Reso­urces. The search wi­ll continue when con­ditions improve.

Antigonish District RCMP is asking anyone who has information about the whereabo­uts of Craig Joseph Perry to contact them at 902 863-6500. E­very piece of inform­ation is important, no matter how small. Should you wish to remain anonymous, pl­ease call Nova Scotia Crime Stoppers at 1-800-222-TIPS (8477­), text TIP202 + your message to ‘CRIMES’ (274637) or by sec­ure online tips at www.crimestoppers.ns­.ca.