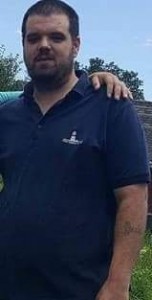 Lunenburg District RCMP, in partnership with Lunenburg County Ground Search and Rescue (GSAR) searched an area along the Cornwall Road near Union Square on May 26, in the hopes of finding any evidence regarding the disappearance of Joshua Slauenwhite.

Approximately 12 GSAR volunteers and several RCMP officers searched the area, but unfortunately did not find anything relevant to the investigation. On Friday May 25, RCMP Police Dog Services searched a large wooded area in the same vicinity but did not find any evidence.

Joshua Maxwell Slauenwhite, 29 years old, was last seen near Mader’s Store at 4 p.m. on August 4. He is described as a 6-foot-4 white male, with a heavy build, short dark hair, and dark coloured eyes. He has a trimmed beard, a tattoo on his hands with the words “Love & Hate”, also “Yoshi” on his right forearm. He also has a tattoo of a feather on his leg. When last seen, Slauenwhite was wearing shorts or sweat pants and a dark shirt. He may have been carrying a black tote bag.

Anyone with any information regarding the whereabouts of Slaunwhite is asked to contact Lunenburg District RCMP at (902) 527-5555. Should you wish to remain anonymous, call Nova Scotia Crime Stoppers toll free at 1-800-222-TIPS (8477), submit a secure web tip at www.crimestoppers.ns.ca, or use the P3 Tips App.