[Here in Halifax and on the East Coast we’re in the thick of winter with snow that’s here to stay for a while. Next up is a blogger who’s no stranger to this site. He interviewed me on Haligonia last year and has the distinction of writing the first East Coast Guest Post a year ago. He’s back to talk about a powerful muse here in Nova Scotia. If you have a story to tell about living in the East Coast, drop me a line at kimberly.aliasgrace [at] gmail [dot] com for submission guidelines.]

There’s something about living in a place that juts out into the most notoriously unevenly tempered ocean on our planet. Particularly when you’re not too far north for bitter cold, or too far south for gentle warmth.

We hover somewhere in between. Living on the turbulent edge of seasons and natures fell moods makes for one of those sublime perks that is Nova Scotia—the seasonal symphony of sounds one’s ear can attune to. 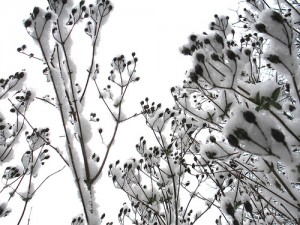 In winter it is the quick crack of water and syrup freezing under the bark of trees as the temperature plunges downward. The woods snap and pop in a cacophony of chill, a gentle breeze tossing an undercurrent swoosh. When the snow has laid it’s canopy over the land and the air is brittle as you walk, that distinctive crunch underfoot wakes you up carrying you hurriedly forward. At times, when the snow is heavy and falling hard, caught between freezing rain and ice pellets, the sound against the trees is mesmerizing

When spring descends upon the land like a warm face-towel at the end of a long red-eye flight through the night, it awakens you so suddenly. As if the harsh scrubbing of winter had left the land clear to breathe and start anew. Spring rains hypnotize you to sleep, the uncurling leaves bring a sweet undercurrent of happiness in their song. Falling maple seeds spin and if you listen close, they sound of laughter. Different birds take up their songs and familiar tunes are sung of new birth and delights of the rising early worms.

As spring fades and brightens into summer, the lap of the waves on the seashores around the province calm the soul, as if the sea were laying down it’s angry concerto of the winter and spring months. The tempests and squalls will be but interludes to the pervading calm.

Summer rests hot and humid over the land as August gently rolls in. The blanketing of a fog just the soft timpani of a muted drum over the land. Drops of moisture hang like soft bells across the land. Ones heart is restful then, yet chuckling inside.

As autumn rolls in, the colours of the land turn into brilliant cascades of light. Accompanying this Monet’s canvass is the gentle rustle and fall of leaves. In the quiet of a sun-dappled glade as one sits, the falling leaves are gentle in their sound and a sigh escapes them, promising they will return with the turn of the seasons.

Where else in the world is one surrounded by such an ever changing symphony of sounds to inspire and ignite so many emotions? No wonder so many musicians, artists and authors have found such inspiration in this province…

Giles is an ex-pat Brit turned Canadian living in Halifax, Nova Scotia. A serial entrepreneur and passionate marketer, he is partner in Social Media agency MediaBadger.